From the same people that brought us Selling Sunset comes Selling The OC. Here, we shall tell you everything we know about the Selling The OC release date. After the success of the Netflix reality show chronicling the life and work of the Oppenheim real estate group, the makers are bringing another franchise in a similar vein. Just in another posh location and with all the drama we’re accustomed to.

Netflix has published a new trailer and cast announcement for the upcoming series, Selling The OC. The new trailer provides a bright new glimpse into the upcoming series. That will include a whole new cast of agents that find friction at the workplace and at the club, the yacht, the posh restaurant terrace, the beach, and you get the picture. Rather than marketing homes in the Hollywood Hills, the OC crew will show off beachfront and cliffside estates that showcase a distinct side of California’s diverse real estate market.

What’s Selling The OC About?

Jason Oppenheim will be Selling the OC as he establishes the second office of his real estate firm, the Oppenheim Group, in Newport Beach, Orange County. Like Selling Sunset, the show is expected to follow Oppenheim and the company’s agents’ professional and personal lives, capturing all the glitz, glamour, and all-important drama that comes with selling the expensive estate. However, this time was selling suburban bliss in Los Angeles’ Orange County area.

The program will include a completely new ensemble of agents, with Alexandra Hall, Austin Victoria, and Brandi Marshall already confirmed. However, it remains to be seen whether any Selling Sunset cast members will appear, with Chrishell Stause rumored to make an appearance given her seven-month relationship with Jason Oppenheim. There was also talk that Stause’s Selling Sunset co-star Heather Rae El Moussa would make the transition to Selling the OC, but this has been denied.

Who Is Jason Oppenheim?

Jason Oppenheim is the founder and President of The Oppenheim Group, the topic of the Selling Sunset series. Oppenheim began his legal career at the multinational law firm O’Melveny & Myers before quitting in 2007 to join the family’s real estate business, which has been in operation since 1889.

He subsequently formed the renowned Oppenheim Group, a real estate brokerage in Los Angeles representing buyers and sellers of luxury properties. And, of course, has been the focus of the smash-hit Netflix show since 2019. Brett Oppenheim, Jason’s twin brother, originally worked as the firm’s senior vice president. But has since left to launch his own company, Oppenheim Real Estate. Brett will continue to appear in Selling Sunset, but it is unclear if he will have a role in Selling the OC.

Jason Oppenheim will undoubtedly feature in Selling The OC. The Selling Sunset star chooses Mary Fitzgerald as the new boss of The Oppenheim Group’s West Hollywood branch in Selling Sunset Season 5. So he may focus on work in Orange County. He also tells Mary and Amanza in the most recent Selling Sunset episode that he will be recruiting more agents for the OC office.

So far, we know that Alexandra Hall, Austin Victoria, and Brandy Marshall will be joining the cast. Meanwhile, Heather Young is listed as an estate agent working for the Oppenheim Group’s Newport Beach office on the Oppenheim Group’s website. And the listing indicates that she will appear in the spin-off series.

Selling The OC will release soon in 2022. While Netflix hasn’t made an official release date yet, Selling Sunset just dropped in late April. After that release, fans are still talking about Christine and Chelsea, ranting about Mary and Romain, and everything in between. So while that hype dissipates, Netflix might drop the actual date. Until then, that’s all we have for you here at Otakukart. As soon as we learn anything new, we will post an update for you. Thanks for reading our article. And please check out our front page for the latest updates from the world of entertainment. Happy streaming, and see you soon!

Also Read: How Long Is The Circle Filmed For? 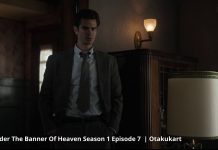 Under The Banner Of Heaven Season 1 Episode 7 Release Date: An Interstate Manhunt 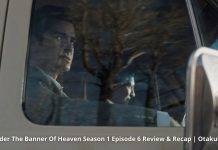 Under The Banner Of Heaven Season 1 Episode 6 Review & Recap: A Crucial Part Of The Story 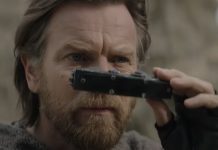