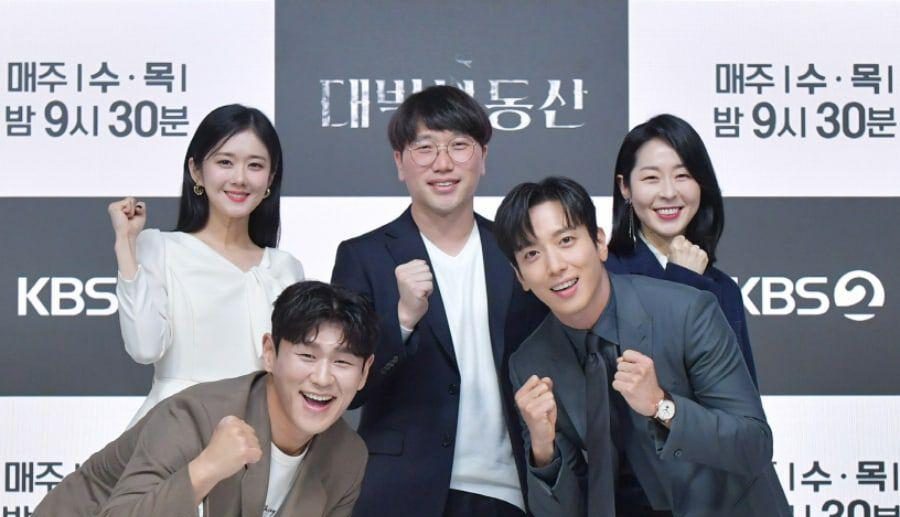 The cast of the ongoing k-drama Sell Your Haunted House

Sell Your Haunted House Episode 6 has recently been released. The episode was a fun banter and extended the story of the drama quite well. The recently released drama is doing much well currently. The drama opened up with a decent note and is continuing quite well. The last released episode saw a sudden increase in the popularity of the show. The ratings of the last episode are higher than the previously released ones. Slowly the drama is attaining its pace. The planning and projection of the drama were well structured. The drama was in talks since the last of 2020 and much recently started off with the filming. Soon afterward, the drama was also released. The drama actually released earlier than expected, and the cast of Jang Na Ra in it makes it special in itself. She is a much-experienced actress and now has been acing the industry for long.

The drama revolves around its main characters, who work to unveil a secret that has been hidden for years. The collaboration of Jang Na Ra and Jung Young Hwa in a project together makes it fun and interesting to watch. Both are good actors and are till now doing justice to their parts. Jang Na Ra here is playing the role of a real estate broker here. But she has some powers, and her charter is well-knitted. The short-tempered yet talented woman that Jang Na Ra is porting is seemed interesting. Still, the drama has a long way to go and has just released a few episodes. How the story will unfold and what all happens in the drama will all be revealed slowly. With that, the next episodes of the drama will be released next week. 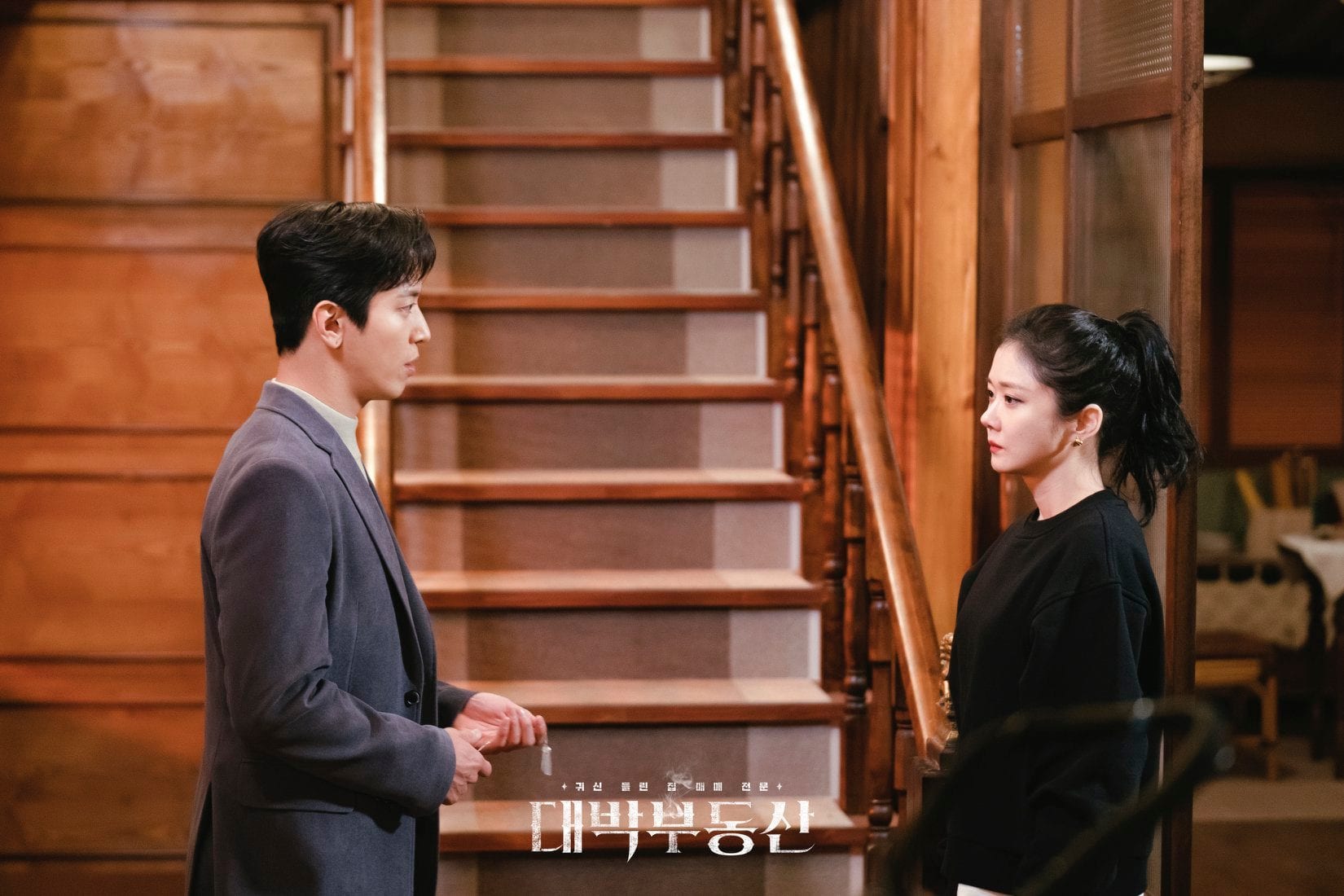 A Still from Sell Your Haunted House

Sell Your Haunted House Episode 6 has already aired. Let’s now look at what happened in the episode. The episode starts with where it left off in the previous episode. Till now, we have seen Oh In Beom, and Hong Ji Ah has collaborated together to work. Oh, In Beom and Hong Ji Ah are the main characters on whom the entire plot is centered. Hong Ji Ah has inherited exorcism abilities from her mother and is now working in real estate. She especially can sell haunted houses with her unique ability. While Hong Ji Ah has great abilities, Oh In Beom, on the other hand, specializes in exorcism fraud. The two somehow come together and start working by collaborating. Hong Ji Ah tries to get to the root cause of the death of the ghosts residing in a house.

While doing so, she drowns and is rescued by In Beom. In The 6th episode, we see Hong Ji Ah tries to get to the root cause of her mother’s death. She simply cannot accept why her mother would have done an exorcism ritual without a psychic. She needs to know what happened on that very day. While Hong Ji Ah is busy handling all the affairs of exorcism and the truth behind her mother’s death, Oh In Beom works regarding the Cheonha Building. He finds everything about it and starts working on it with the team. The ghosts have their own sorrowful stories and a history of their own. The unarrested ghost seems to be the one who was murdered. How will Hong Ji Ah handle it this time, and what happens next will be all revealed in the next episode.

where to watch Sell Your Haunted House 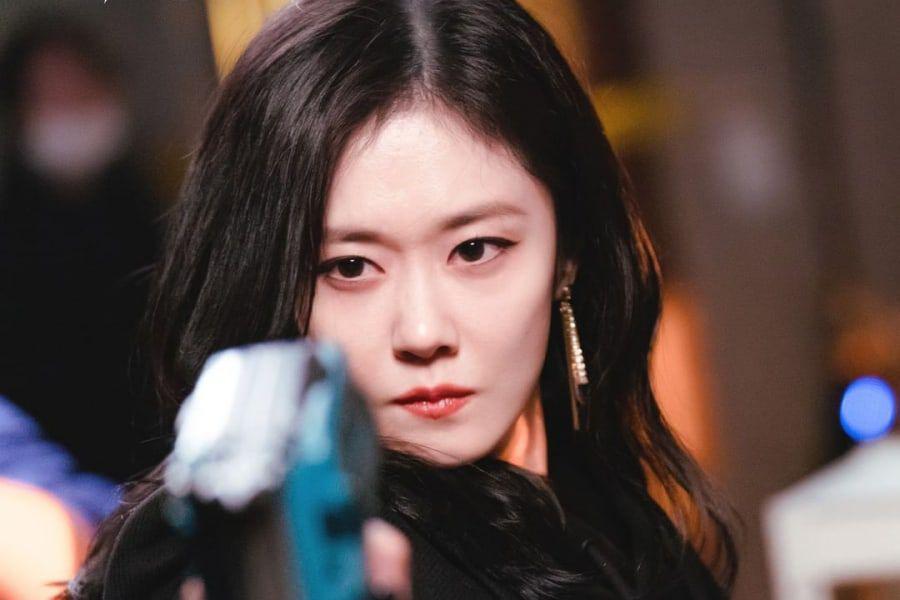 The main lead actress of the drama Sells Your Haunted House.

Sell Your Haunted House is currently streaming on the original network KBS2. The drama started airing much recently and is doing great. The ghost and ghost-related stores, their incidents, and how to perform exorcism are all about the drama. It not only deals with the main characters but the ghosts therein. The drama airs every Wednesday and Thursday in the 21:30 time slot. The duration of each episode is approximately 1hr 10min. Apart from the original network, the drama is also streaming on online streaming sites like Kocowa and Viki, along with subtitles. The genres of the drama include thriller, mystery, horror, comedy, romance, and fantasy.