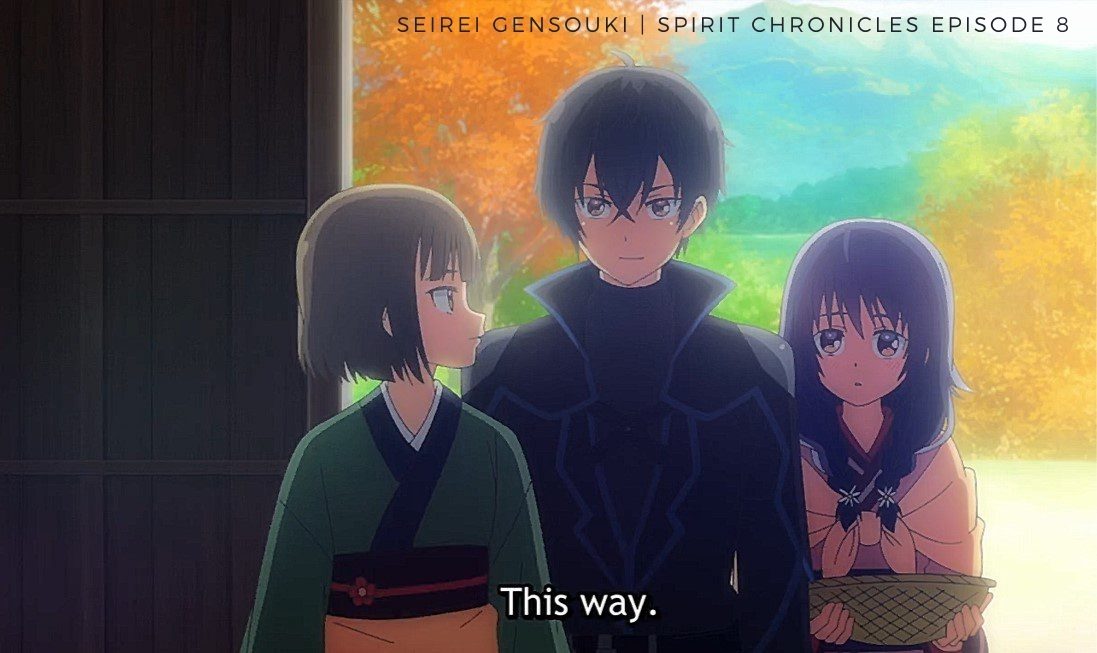 The story of a young boy with two identities continues as he travels in search of the truth behind his parents. We will be looking at the next release of Seirei Gensouki: Spirit Chronicles Episode 8. Rio bid farewell to Latifa’s village after helping them to defeat the bandits that wanted to destroy the town. In 998 of the Holly Era, Autumn Rio arrives at another city and realizes that it has been two weeks since he came to the Yagumo region. But he has no clues about his mother and father and noticed that everyone has black hair in this village.

The villagers wonder who that guy is, and Rio confronts two girls and asks them to show them the way to the village head. Rio told the girls that he is a traveler looking for someone. The girl replies that her grandma is the village head and told Sayo to follow them. Ruri, Sayo, and Rio arrive at the house, and Ruri calls out her grandma, telling her that they have a visitor. The lady told Rio that she is Yuba and asks him about his business here. Rio told Yuba that his parents lived in this village fifteen years ago.

Yuba asks Rio to tell her their name, and Rio replies they are Zen and Ayame. Yuba realizes that those names are familiar and asks Rio to explain his story. She orders Sayo and Ruri to leave the room since it is a personal matter. Ruri complains that things were getting exciting. The two leave the room, and Rio said his parents were born in the Yagumo region. But his father died before he was old enough to know him and live peacefully with his mother. The episode title: “Land of Promise.”

Also Read: Preview: That Time I Got Reincarnated As A Slime Season 2 Part 2 Episode 20

Rio also reveals that his mother died when he was five, and coming to the Yagumo region was something he and his mom promised to do. As a traveler, he decided to find where his parents live, and he wants to make graves for them. Rio suggests holding a proper memorial for his parents in their homeland. Yuba replies that she knew them and Rio resembles his parents. Rio asks her about her parents, and Yuba reveals Zen’s mother, Rio’s grandmother. 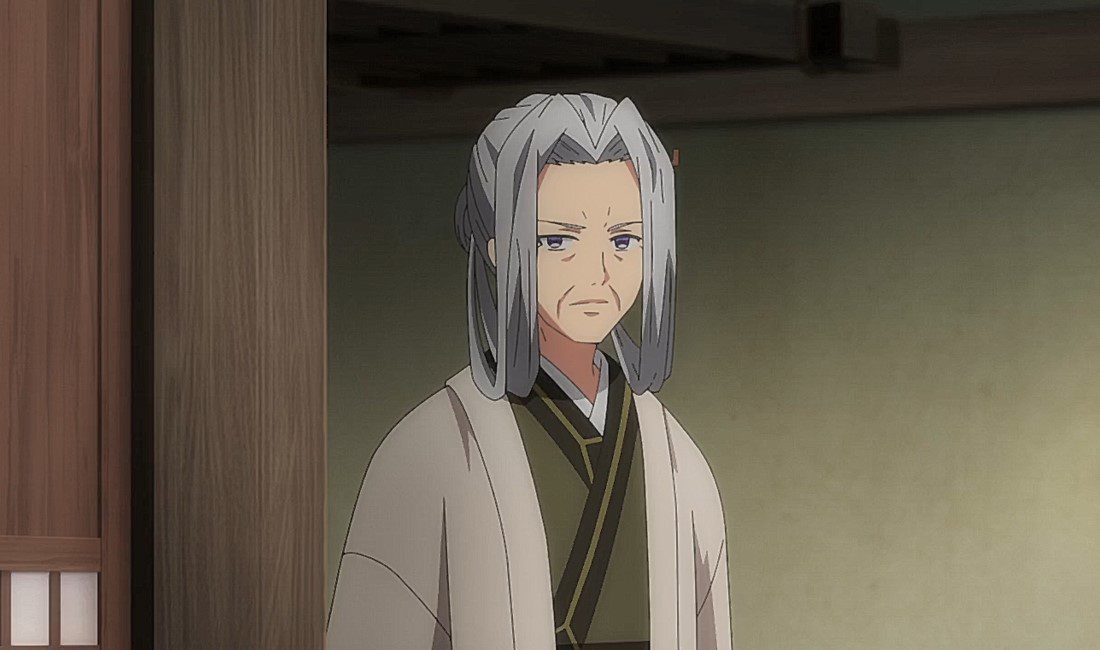 Rio is surprised that he meets his grandmother and his father; Zen was born in this house. Yuba is glad that Rio came, and they have graves for Zen and Ayame. Later, when sundown, they both head to the cemetery, and Rio respects his parents’ grave. Rio is glad that he reunites with his family even though his parents are no more. Yuba comments that Rio’s parents leave this country in secret for specific reasons.

Rio wonders why, and Yuba replies that she can’t tell him now, but the time will come, and she will talk with him. Yuba asks him if he would stay in the village, waiting for the time to come. Rio wonders if it is possible, and Yuba reminds him that he is her grandson. Yuba adds that all her relatives have died, and it is only Ruri that she is living with since Ruri is Zen’s older brother’s daughter. Ruri is Rio’s cousin, and she is fifteen years, Rio realizes that she is a year older than him. Later, Rio punishes the guy that wanted to force himself on Ruri.

Also Read: Spoilers & Preview: The Duke Of Death And His Maid Episode 8.