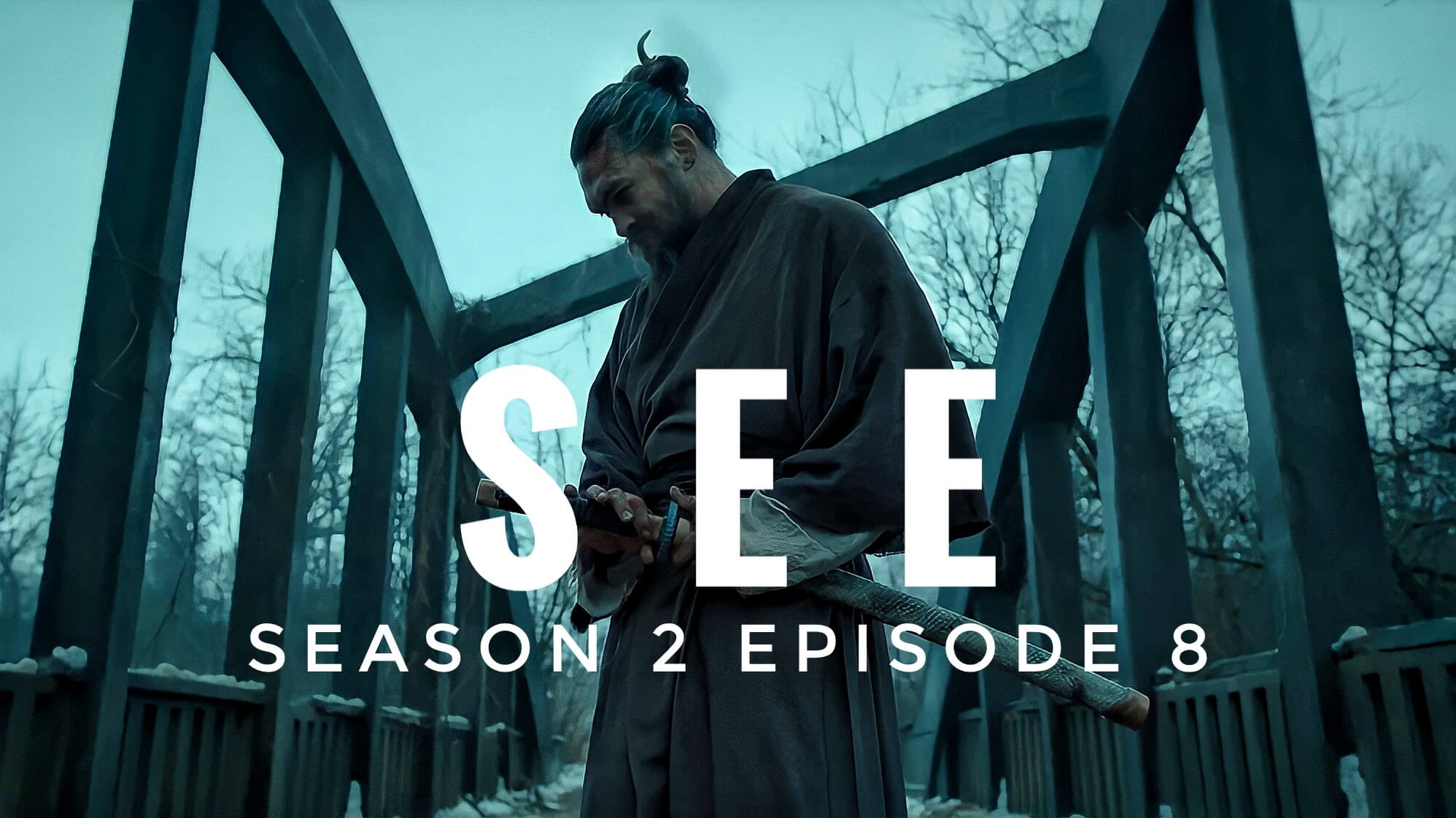 'See' season 2 episode 8 will be the season finale. Apple TV+.

Episode 8 of See season 2 will open up to the inevitable war and bloodshed. The season finale will conclude the second installment of the series. The premise of See involves a dystopian society centuries after a virus wiped out almost all of humanity. Some odd 2 million survivors have all lost their ability to see. The story takes place centuries following the wipe-out and sight-losing phenomenon. The surviving society has now adapted to their blindness. From building to hunting, survival and social interaction without sight have now become second nature to humans. At the center of the plot is Baba Voss, the chieftain of the Alkenny Tribe. When a woman, Maghra, comes and seeks shelter in the tribe, Baba takes her in and marries her.

Although unable to father children himself, Maghra is already three months pregnant when she arrives. What’s more, is that the child of Maghra could have sight, courtesy of the biological father, who’s also sighted. However, having sight is a great heresy in most parts of this dystopian society. When Maghra’s children face threat from a witchhunt, Baba Voss steps up. Season 1 follows him trying his best to save his children from extermination. Season 2 has seen the kingdom of Payan and the mighty Trivantian kingdom inching towards war. Meanwhile, Baba Voss faces his greatest enemy in his own brother, Edo Voss. After an estrangement of decades, Edo has returned and is out to take his brother’s life. Read on to learn more about what episode 8 of See season 2 will entail. Spoilers ahead! 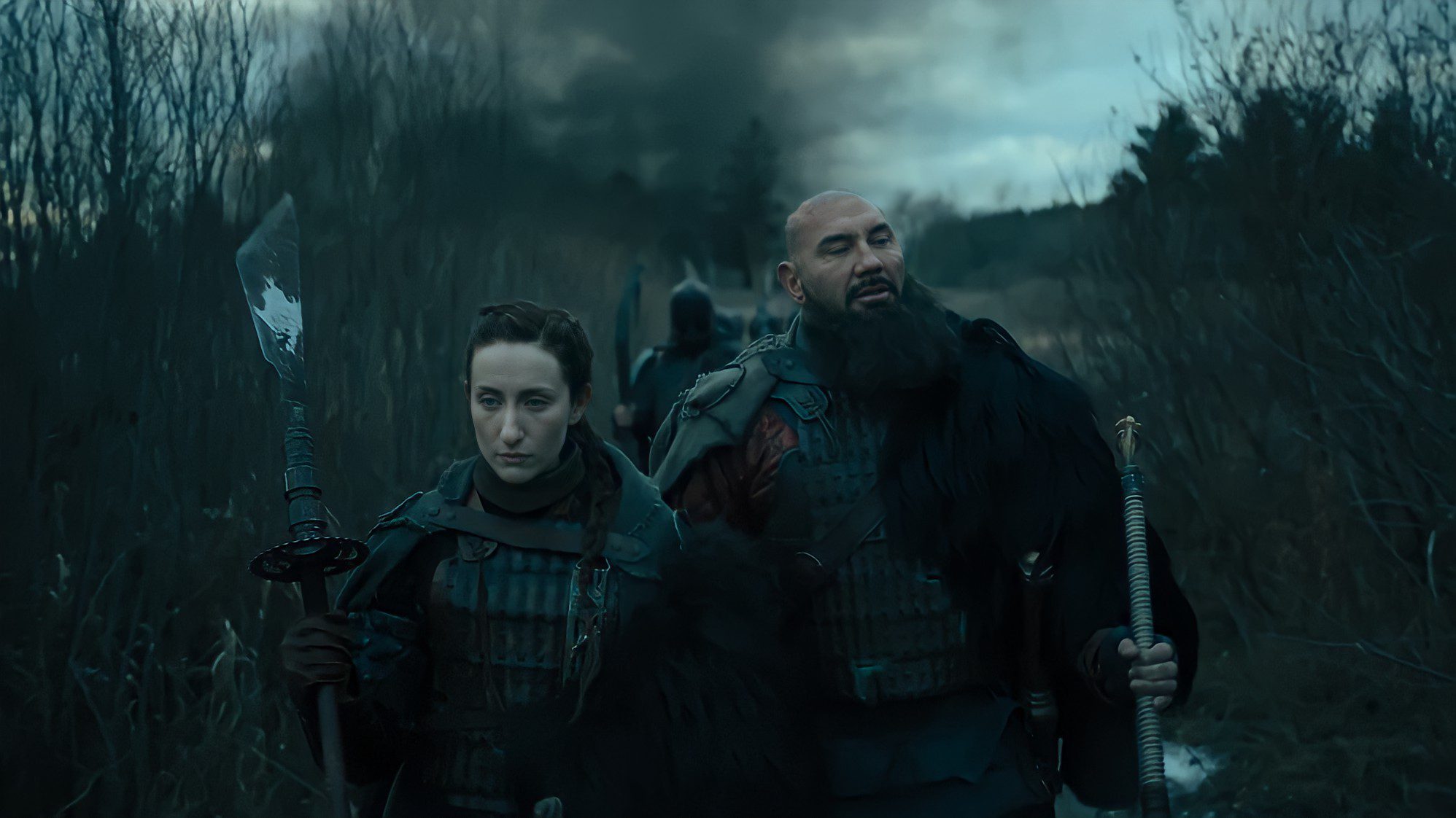 The finale or episode 8 of See season 2 is set to release on October 15, 2021, at 12:00 a.m. ET on Apple TV+. Season 2 has a total of 8 episodes and is set to conclude with the upcoming episode. Episodes of See season 2 have an average runtime of 49-57 minutes. Season 3 of See was already in production before the second one premiered on the streamer. The filming for the next season began in May 2021 and is set to wrap up by October.

See, season 2 is available to stream on Apple TV+. New episodes release on the streaming platform every week on Fridays. Since the show is an Apple TV+, it’s available to stream exclusively on the streaming platform. To watch season 2 as well as season 1 of See on Apple TV+ by signing up for a free 7-day trial. Following that, you can continue to binge your favorites for $4.99 per month.

Edo’s troops have mobilized, and they have sight in their midst. This poses a great danger for the Payan army. The generals debate using the Greenhill Gap for the high ground advantage it will offer. They then start debating whether Haniwa and Kofun should take part in the war too. Baba is tacitly dismissive of the notion. However, Maghra leaves the decision to her children. The difference in opinion leads to Maghra and Voss having a row. Later, Kofun visits Queen Kane and asks if the child is his own. Kane tries to seduce him and fails. She then tells him to grow up and own the truth and reveal it too, before he dies in battle.

Tamacti and Voss discuss the inevitable battle and the cost it’ll incur. We then bear witness to what the title of the episode promises — Maghra’s speech. Her speech is fiery, honest, and incredibly moving. Baba, on the other hand, is also clearly wary of the oncoming battle. Deep down, he thinks this might be his end. To that effect, he asks Paris to do something for him. As a result, Paris embarks on a trip, along with Toad. Towards the ending of the episode, we see the warriors from both sides, awaiting the war. Haniwa reads “The Second Coming” by William Butler Yeats to Kofun. Meanwhile, assassins reach Maghra, but she’s ready to face them head-on. She puts up a challenge, but they manage to impale Lord Harlan. Maghra eventually manages to kill the assassins with great effort. 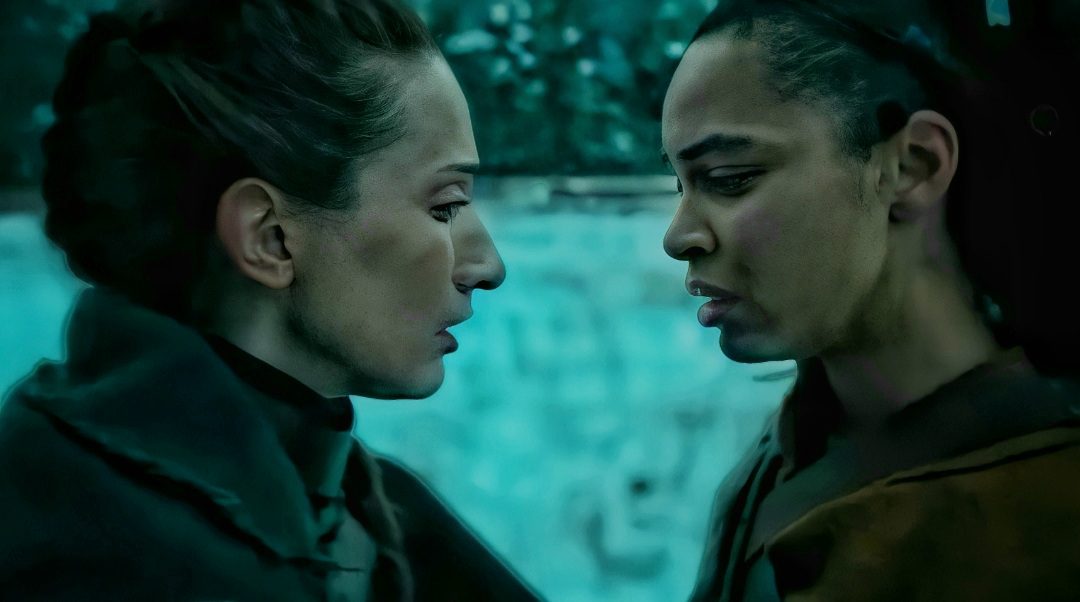 Haniwa and Wren kiss each other before departing to their sides, preparing for battle. Image credits: Apple TV+.

Finally, Baba and the army arrive at Greenhill Gap. They witness the Trivantian army and their numbers, that’s larger than what the reports suggested. Although Baba and the army have the advantage of the fortress, the enemy numbers are still impossible to defy. Haniwa spots Wren and takes off to the battlefield, and meets him. She tells him that Maghra is the one on the throne now. However, the war is imminent, the battle is inevitable, and there’s no turning back now. The episode ends with Wren telling Haniwa to run away as flying arrows start blotting the sky above them.

Episode 8, titled “Rock-a-bye”, will mark the end of the second installment of the See series. There is currently no official synopsis available for the See season 2 finale yet. The directing and writing credits are also currently unknown. However, there’s a lot to speculate and expect from the season finale that will most certainly be rife with war. The confrontation between the Voss brothers is inevitable, so is the war between the Payans and the Trivantians. Viewers must embrace themselves for a grand showdown that can only end in misery, as Tamacti alludes to earlier in the previous episode.