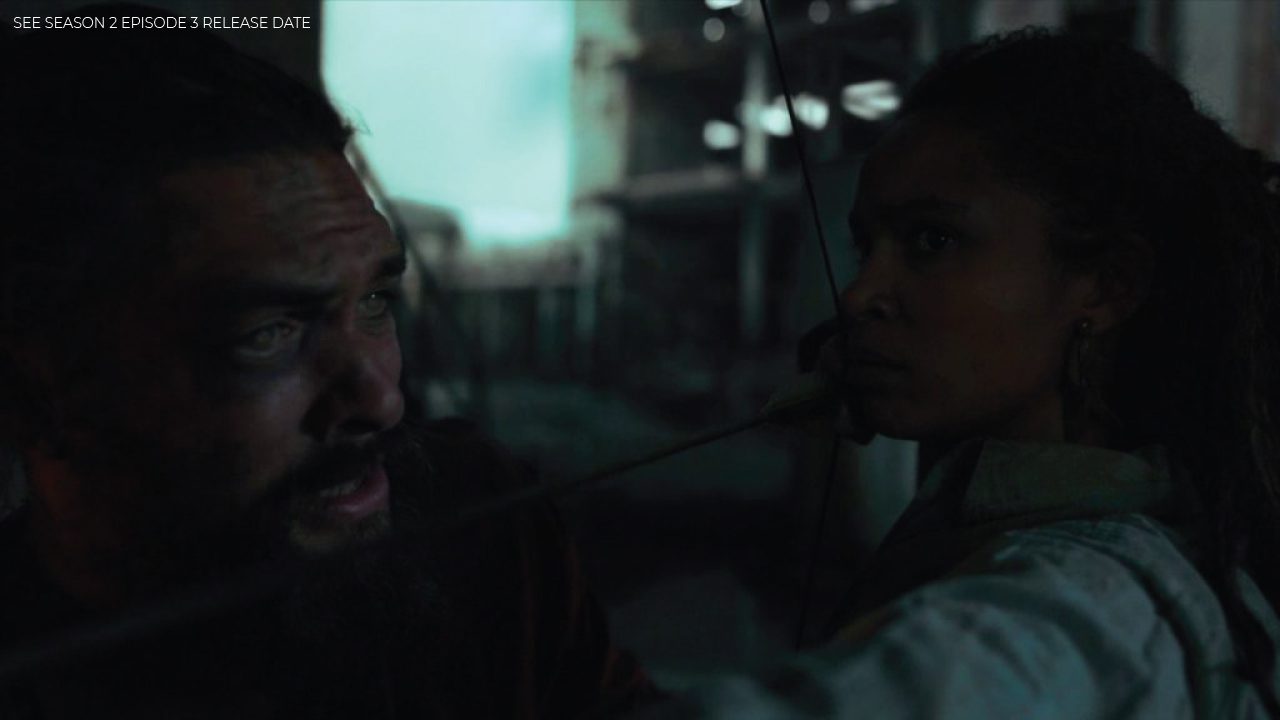 See Season 2 Episode 3 is up for secrets that should be kept and desperate measures to save Princess Maghra. Things aren’t really on her side, even if she believes too. So recently, on the show, Baba Voss spent the majority of his time trapped inside the cells of Edo Voss and punished for a sin. Edo believes the torture he has brought upon Baba is nothing compared to what he did to him. Meanwhile, Haniwa, who was supposed to be guarded as well, found a friend in the form of Wren, who is all ready to help her.

As this all went down, we saw Jerlamarel wanting to test every knowledge out there to gain his eyesight back. Unfortunately, it’s time he starts learning the ways of being blind and adjusts to this world. Towards the ending of the episode, there were a number of disagreements and agreements. Queen Kane not clicking with her council and her own people while Harlan offered to marry her. Lastly, Baba Voss finally finds someone who could help them escape, but he had to team up with an unlikely ally. Here is a breakdown of everything.

Previously on See, we opened up with Jerlamarel’s failed attempt to get his eyesight back. He struggles with it and is desperate to try every measure, but they have run out of those. Edo Voss continues his torture of Baba Voss as payback for everything he inflicted on him. Meanwhile, Wren keeps an eye on Haniwa. But instead of making her feel trapped, she takes her out for a trip into the city. The way things workaround, the big towers, and Alice In The Wonderland are a number of things they discuss.

At the same time, the torture of Baba Voss continues. The reason comes from the fact that he killed Edo’s father, Tao Voss, 25 winters ago. Meanwhile, Queen Kane is looking forward to a council of war to attack the Trviantes. But much of the council, including her sister Princess Maghra, denies it. Wren and Haniwa share a kiss as Wren promises to protect her. Edo Voss discusses with his people about the possible sighted baby inside Queen Kane’s womb. The existence of Jerlamarel and return of the sight.

Baba Voss finds an unlikely ally in the cell in the form of Witchfinder General Tamacti Jun. Although Baba Voss blames him for the death of his wife, he assures he didn’t kill the Princess. Jerlamarel continues to learn the ways of being blind and struggles hard with it. Harlan offers Queen Kane to marry him and unite their forces, but Queen is pretty aware of him becoming the King then.

Edo Voss presents a captured Baba Voss to the city and lets him meet his daughter one last time before sending him off. Wren urges Edo to have her on guard to look after her, but Edo denies and takes Haniwa away. This leads Wren to betray her own people and rescue Baba Voss and is forced to release the Witchfinder too. The group fights their way out, and while leaving, Baba Voss warns Edo of coming near his children. The episode comes to a close with Queen Kane miscarrying her baby, and Boots promises her a stronger baby as they promise to lie to the council.

See Season 2 Episode 3 may see Baba Voss, Haniwa, and Witchfinder General Tamacti Jun are forming an unlikely alliance. All this so that could make it in time and save Princess Maghra before Queen Kane turns on her, which is highly likely. Queen Kane is out there for blood, and her sighted baby was a strong advantage which she has now lost. The episode may see her and Boots making desperate measures to keep it a secret until she has a stronger baby. Will her council find out and turn on her? Plus, will Edo Voss hunt Baba Voss down after his escape? All in See Season 2 Episode 3.