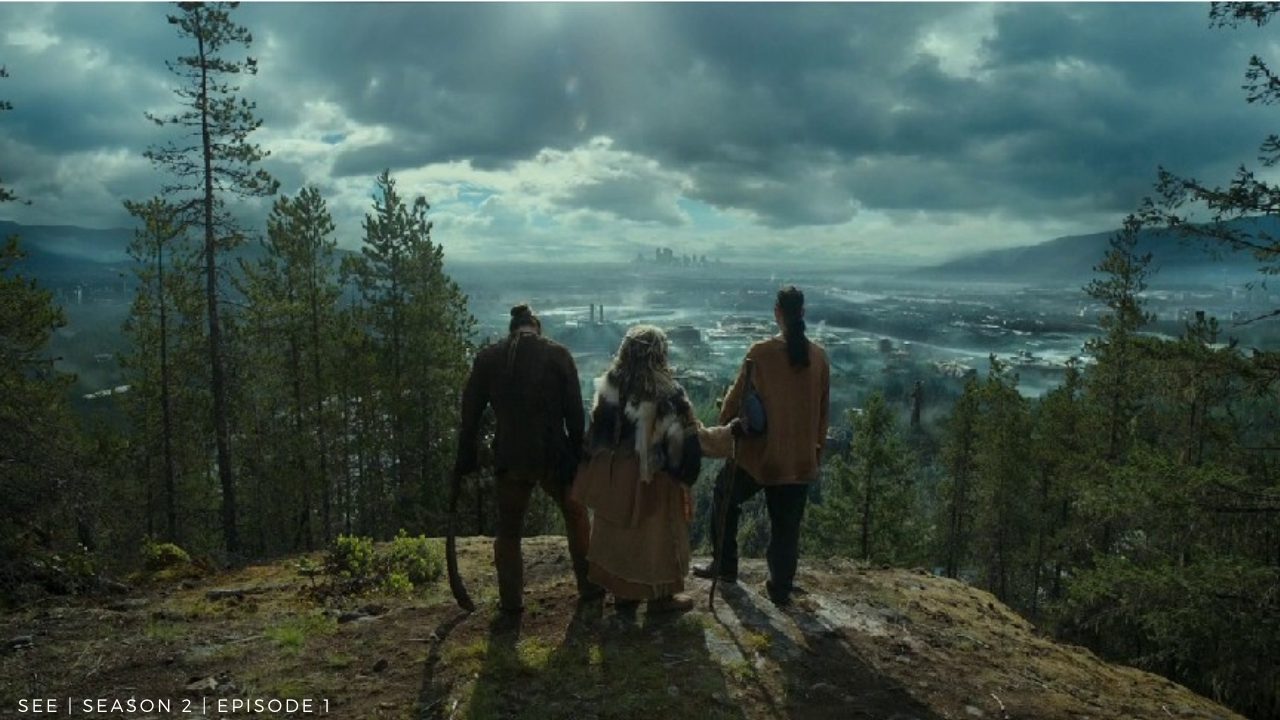 It took a long time for See to return but Season 2 is here and episode 1 is just around the corner. The show remains one of the underrated gems and we highly recommend you as the new season comes with much hype. A new journey for the show begins but some ghosts from the past continue to haunt the characters. Last time on the show, it seemed like there is hope. Jeramrel introduced the kids to the inventions he is making. Only for us and Kofun to realize the darker truth behind all this.

Apart from that, Witchfinder General tried making his moves against Queen Kane. But the someone out there in dark was making their moves and he didn’t even have a hint of the same. Now coming to the circle, we can say the chapter of Jeramarel has almost come to an end. Unless there is more behind it with Haniwa missing. But sooner or later Baba Voss, Kofun, and Paris may find her but let’s not forget Queen Kane is on the hunt too. So what really went down last time on the See? Let’s find out.

Last time on See, we opened up with Jeramarel reuniting with his kids Kofun and Haniwa. He takes them to his home to introduce them to their brothers and sisters. A home where all the education, technology, and way of living the kids only read about it in books came true for them. The kids spent time getting accustomed to the place but at the same time felt a little off about it. They later talk about it as they reminisce their memories with Baba Voss.

Jeramarel continues telling stories about their sights to Kofun and Haniwa. Though Kofun doesn’t necessarily agree with much of it. Bow Lion on the other side gets the much-needed help she needs to survive.  Later on, Kofun comes across a dark truth about the place. He sees a line of guns walled up and Jeramarel trying to sell Baba Voss’ kids. So, Jermarel tries to convince Kofun about his way. When he doesn’t agree, they trap him and were just about to kill him until Baba Voss comes to the rescue. Jeramarel uses his sight to gain an upper hand until Baba Voss uses his fingers to blind Jeramarel.

During the same time in the episode elsewhere, The Witchfinder general tells Maghra about the consequences of people finding the truth about Queen Kane. So one way or another she needs to give up the throne willingly or never walk out. Like her sister, Witchfinder’s general urges Maghra to realize she should be the one to convince her.

While Cora plays her moves to convince a lieutenant out there in the camp, Maghra does go to Kane to talk to her. But Kane ends up reminding her it’s the gods who decide who should be the king or queen and death shall witness it. With a little help from the lieutenant Cora played mind games with, Queen Kane manages to kill Witchfinder General and now joining hands with Maghra sets off to hunt Baba Voss.

The episode closes with Kofun and Baba Voss reuniting with Paris. Only Haniwa remains missing and their next journey would be to look for her. Apart from that, they are also on run from Queen Kane now.

See Season 2 Episode 1 is releasing on the 27th of August 2021 and will stream on Apple TV+. We are expecting the same amount of eight episodes for the second season of See. So expect a new episode every Friday following the first for See Season 2 until it wraps up. There is no official promo for the episode yet, so check out the official trailer for See Season 2 below along with our predictions for the very first episode of it.

See Season 2 Episode 1 is titled, “Brothers And Sisters”. There is no official synopsis or details for the episode. At the moment we are expecting Baba Voss, Kofun, and Paris to continue their journey to look for Haniwa. With Queen Kane and Maghra joining hands, Baba Voss probably has the biggest target on his back. Also, it teased that we will see Baba Voss’ brother Edo Voss making his presence felt. The first episode may also end up introducing him.