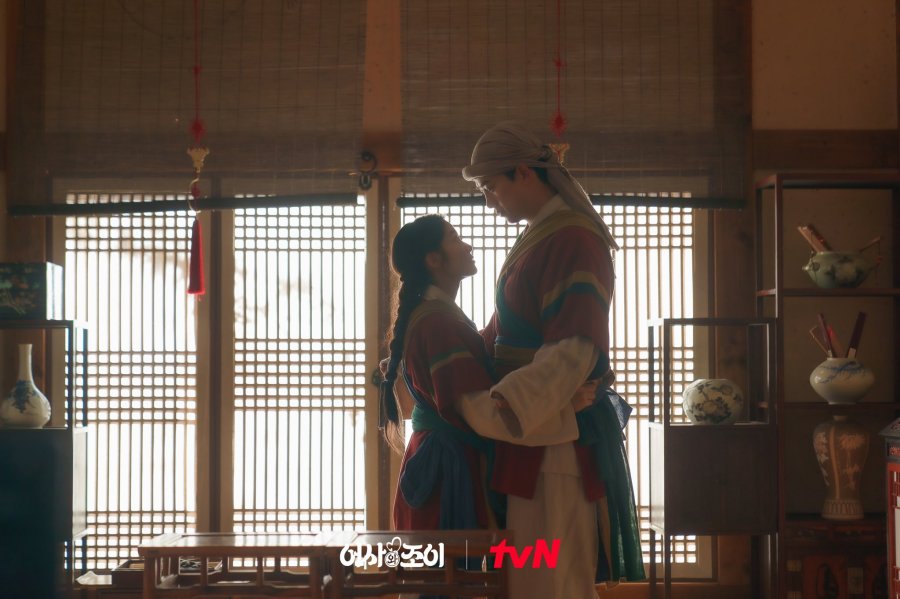 Ra Yi Eon and Kim Jo Yi are headed towards a new Secret Royal Inspector & Joy mission. After watching the latest episodes, we are sure to encounter more hilarious and challenging situations while the Ra Yi Eon team looks for the criminals. Due to curiosity, fans cannot wait for Secret Royal Inspector & Joy episode 8 to arrive soon. Hence, here is the release date, streaming details, and plot prediction for the upcoming episode of tvN historical drama.

Apart from the cast making the drama binge-worthy content, the crew is praised for its writing and direction. Yoo Jong Sun (Drama Stage Specials) is directing the drama. Meanwhile, Lee Jae Yoon (The Undateables) had penned down the script. In some behind-the-scenes videos, you can also find the cast bonding and playing around with the crew. It makes the drama more memorable to watch.

Secret Royal Inspector & Joy Episode 8 will release on November 30, 2021, at 10:30 PM KST. The drama has completed recently covered six episodes on its 16-episode long journey. Just like other episodes, Ep8 will also have a run time of 70-80 minutes. And, it will release on Tuesday, as per the schedule.

The tvN drama began airing on November 8 and is scheduled to conclude on December 28, 2021. The drama is undoubtedly headed towards success with a promising plot and talented cast attached to its name. Previously, we found things getting severe in the town. Besides that, Ra Yi Eon and Kim Jo Yi are starting to depend on each other. Although we do not have the preview for Ep 8 yet, we can depict the basics of the upcoming episode.

As per the ongoing storyline, we are still yet to see a development in the lead couple’s relationship. Besides that, Ra Yi Eon focuses on finding the main perpetrator and wants to kill the secret royal inspector. With the muddled history of all secret inspectors getting killed, Ra Yi Eon must find the old criminal and his new enemy.

Secret Royal Inspector & Joy Ep 8 will drop on Tuesday on the tvN network initially. Howevre, the cable service provided by tvN is only available in South Korea. For the fans living outside the Kpop land, don’t worry. You can watch the drama online and the new dramas as soon as they are released.

Rakuten Viki and WeTV allow you to stream the drama online. The two online portals are also home to various other Korean and Asian dramas. Hence, if you love watching Kdramas, Viki and WeTV is the right place to go. Secret Royal Inspector & Joy is available with subtitles in English and other languages on the portal. All you need is a subscription, and you are ready to stream.

Secret Royal Inspector & Joy started with a clumsy leading male and a bold yet crazy female lead. In the beginning, viewers took it entirely as a comedy-drama. However, with Taeyeon and Kim Hye Yoon’s characters getting intense and nervous around each other, the hope of romance is birthed. Also, the viewers love the electricity between the two. In recent comments from fans, the bickering and unity between the two is the best part of their chemistry. The two have already kissed, even though it’s for a mission. But, the portray by the lead actors made it turn into a romantic scene.

While some can’t get enough of the leading pair, others can’t stop appreciating the supporting actors, who spice up the situation with their rib-tickling acting. But, one thing common between the fans and us is that we cannot wait for Secret Royal Inspector & Joy episode 8 to air.