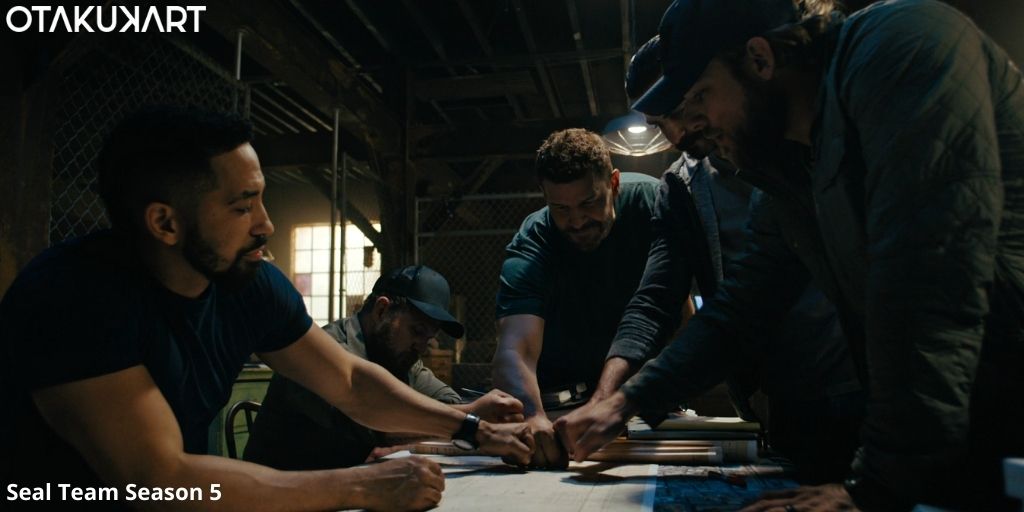 It looks like Jason and his team will be facing imminent danger on SEAL Team Season 5 Episode 14 next week. Meanwhile, the previous episode gave us a look at how they got into this situation in the first place. The team finally got crucial intel on the Venezuelan nuclear enrichment program. Moreover, the team came up with a plan to blow the structure underneath the nuclear enrichment facility to shut it all down.

On the other hand, Jason was thinking about coming out clean to the rest of his teammates about his mental condition. However, Ray and Clay were convincing him not to do that yet and wait till everyone gets home after the mission is over. Whereas, things were not looking good between Sonny and Clay after the mess Sonny got himself involved in with the drugs and gangsters. Meanwhile, things got a little difficult during the mission when the team came across an unexpected problem.

The popular American television series has been a favorite among a lot of viewers around the world since its premiere in the year 2017. Benjamin Cavell had created the show while the star cast includes David Boreanaz, Max Thieriot, Toni Trucks, Neil Brown Jr., and more. The ongoing fifth season is finally nearing its end, and the fans are excited to watch SEAL Team Season 5 Episode 14. Although, let us first take a look at everything that went down in the previous episode.

Episode 13 of SEAL Team Season 5 came out on 16th January 2022 and was titled “Pillar Of Strength”. The episode began with Jason and Clay having a conversation on the roof as Jason thanked him for having his back. After coming down, Jason told Ray and Clay that he wanted to tell the rest of the team about his condition. He was not willing to lead them into the mission without knowing that he might not be a hundred percent with his mind. Although, the two of them convinced him to keep it between the three of them until they got back home. Additionally, Clay and Ray also told him that they would have his back and not let him do anything that compromises the team.

Later on, we saw Sonny trying to stick around Clay so he could have a conversation with him, but Clay just straight up kept his distance. Realizing that there was something off between Sonny and Clay, Ray asked Sonny about it, but Sonny told him it was just some stupid stuff between guys. Meanwhile, Sonny indirectly apologized to Davis for his rude behavior recently towards her.

On the other hand, the final intel on the mission arrived. Furthermore, the team started making plans about how to get in, execute the mission and get out safely. However, before finalizing anything, Jason decided to tell everyone about his condition and gave them the choice of whether they wanted to do it or not. But, the team decided that they were doing the mission after coming this far, and they would definitely follow Jason as their leader.

Eventually, the team moved in at night to blow up the basement pillars that would bring down the nuclear enrichment facility above it. But they came across two problems. The first one was the fact that the security forces came in big numbers while the second one was that there was an extra ninth pillar that they were not informed about. Moreover, the pillar was strong enough to hold the facility even if the other eight were destroyed. So, Jason weakened the pillar by hitting it with the truck while Sonny placed the charges on the rest of the eight pillars and blew them up. Eventually, the facility came down. However, the bigger problem now was to get out of there safely and get back to Columbia. But the team now had to deal with the Venezuelan forces that were arriving there.

“SEAL Team Season 5 Episode 14 will release on 23rd January 2022 at 10 pm ET on CBS.” Moreover, the episode is going to be the finale of the fifth season. On the other hand, the network has not confirmed the title for the episode as of now. But we can expect a lot of firepowers since the Bravo team will probably have to face the Venezuelan security forces in order to get out alive.

“SEAL Team Season 5 airs every Sunday on CBS at 10 pm ET in the United States.” In addition to that, the latest episodes are also available to stream on Paramount+. Meanwhile, the show is available to watch on Youtube TV and Amazon Prime Video. Whereas, the viewers in India can stream Seasons 1, 2, and 3 on Voot.