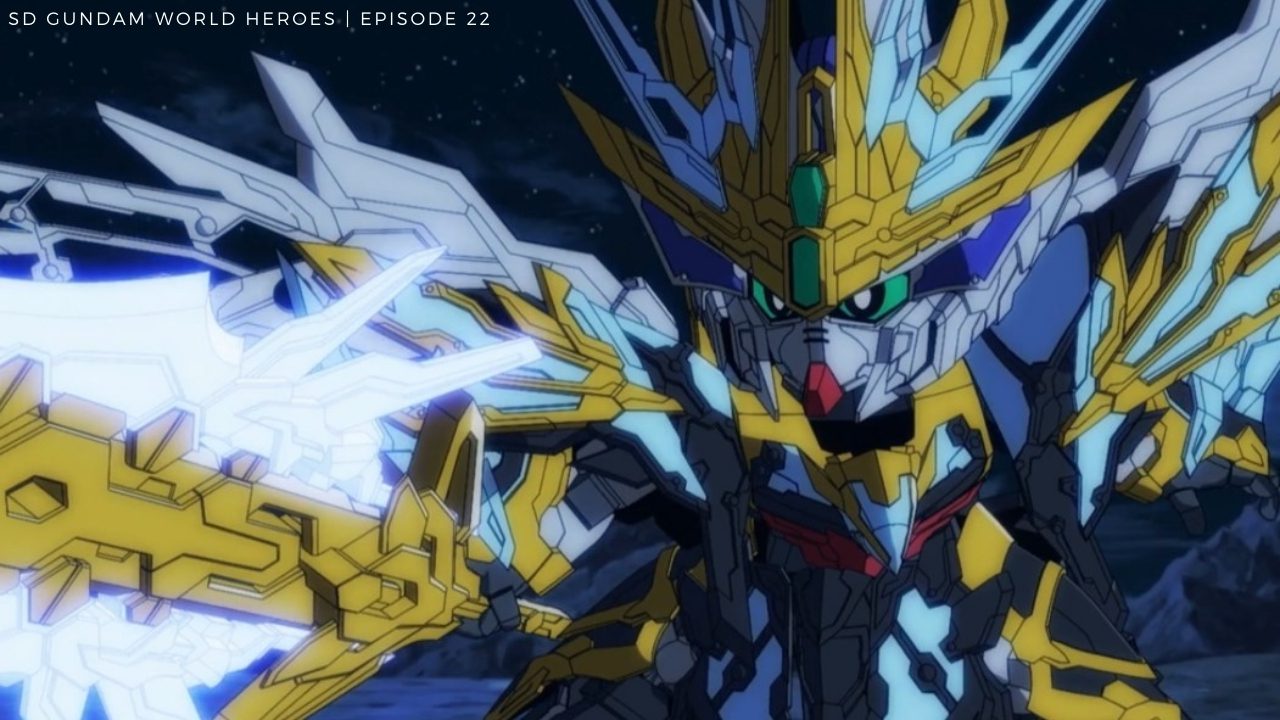 The episode title is ”The Shape of Love.” The episode begins inside the castle where Cleopatra is suffering from Lord Nobunaga’s spell. Caesar is trying to help her, but the spell seems to be more formidable. A villain invaded the castle and talked with Lord Caesar. The Villain praises Lord Caesar for taking care of his beloved one. He asks if it is the desire to live that helps her prolong her life. The Villain is impressed that Caesar is doing two things simultaneously, protecting the castle and his beloved one. Meanwhile, Master Cao Cao continues clashing with Lord Nobunaga. Nobunaga saw that Lui Bei and his team are heading in their direction.

At Liu Bei’s side, Wukong felt a powerful presence, and Lui Bei asks him. Wukong replies that he feels like something is watching them; Sun Jian arrives with his crew riding monstrous robots. They both stop to make some introductions. The first guy reveals that he is Benjamin V2 Gundam. The second guy said Edward Second V. Lui Bei is glad to see Sun Quan, who greets Zhuge Liang. Sun Quan talked about Haro in Pirate World. Sun Jian replies that a weird-looking Samurai and Ninja Army suddenly attacked them.

The villains took the Haro from them, and Lui Bei can’t believe that Suan Jian and his men lost Haro. Benjamin and Edward comment that they will kick those guys and retrieve their Haro back. Sun Quan adds that they saw those guys heading to Regina World, and they decided to chase them. Zhuge wonders who are those samurai and ninja guys. Benjamin talked about Dark Mask. Zhuge wonders if Sima Yi is the one pulling strings behind the scenes. They both decided to depart while at the Knight World; Merlin Gundam worries about that Haro given to Liu Bei by King Arthur in front of his eyes. 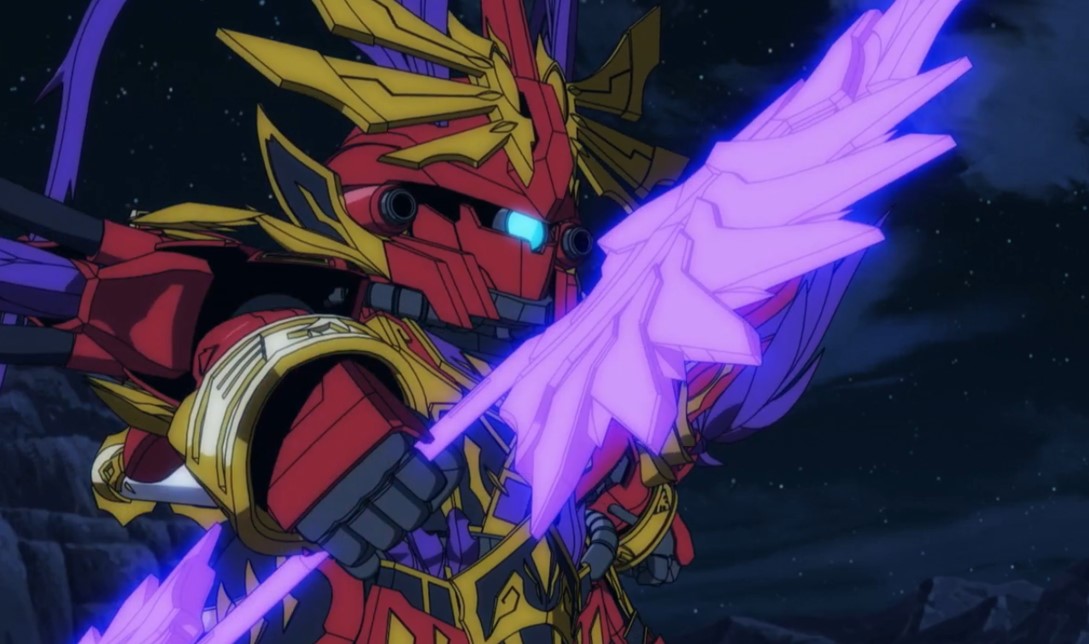 Merlin comments that he never thought that the Haro would be given to someone when he is sleeping. Robinhood reminds Merlin that it is his fault since he allows the king to do that, and he must stop talking about it. Merlin wonders if Liu Bei is a reliable man. Arthur recalls the battle where Liu Bei shows his bravery and realizes that he gave his Haro to the right man. Arthur told Merlin to watch Liu Bei as he conquered the world.

He told them they are heading to Regina World, and Robinhood is excited that it is time to take action. At Neo World, a Hero finds a letter from his Master that he will be at Regina World since he found exceptional honey. The Heros can’t believe that Arsene is leaving the mansion in his hands. Arsene is traveling and notices that the moon has changes which mean something is happening. Back to the battlefield, Cao Cao fights against Xian and Nobunaga. Nobunaga pins Cao Cao on the ground and asks him to entertain him. Liu Bei and his crew arrive.