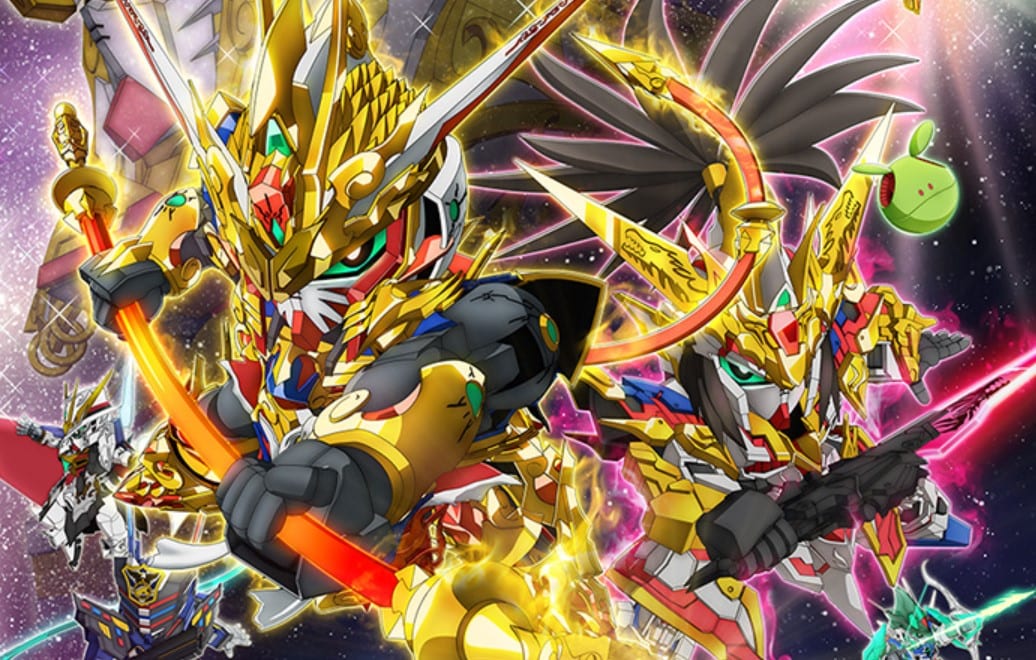 SD Gundam World Heroes continues with the heroes who received the Haro. The episode begins with the knights talking about Red Tiger and said they never thought they would team up with Suan Jian and his son. The knights wonder if they can trust those two and the Boss replies that it is not about trusting those two. Meanwhile, Suan Jian and his son talked about not withdrawing from allying Blue Wing. Meanwhile, Boss is worried about the Trinity that continues to increase as they speak. The knights realize that they forget to check the Trinity storage tank in Luoyang.

Master Cao Cao recalls the moment he met with Sima Yi Destiny Gundam. That day Sima said he sever Lord Dong Zhuo. Master Cao Cao realizes that he is missing something, but he told his men to start preparations. The knights head to being with the trial. The episode title is ”Encounter With The Young Dragon.” The heroes are throwing a party and said that the day has come. The captain of the pirate heroes wielded his blade and said the day of president Cao Cao has arrived. The captain adds that he is preparing even though Cao Cao rejects his proposal.

The captain asks older man Taishi Ci if he is doing the right thing, and Taishi replies that it will be entertaining since the Boss is not around. Taishi said that he received reports that some of their branches got attacked by Bugs. A group of old geezers pirate heroes enjoys feasting while talking about the enemies standing in their way. Gan Ning thinks that it is time to attacks, but one of the pirates told him to relax and enjoy the feast.

Zhou Yu comments they have to stay low, and the twin pirate girls complain that the boys are having a party without them. Zhao Yu notice that it is the twin girls Da Qiao and Xia Qiao who want to join them in their next battle. Xia Qiao said that Diao Chan always sticks with Lyu Bu. Da Qiao noted that she is getting bad feelings about  Diao Chan. The old geezer shouts at the girls that they are not talking about kids fight her. The twin girls get furious and told the old geezers to be such since they are talking to Master Sun Jian. 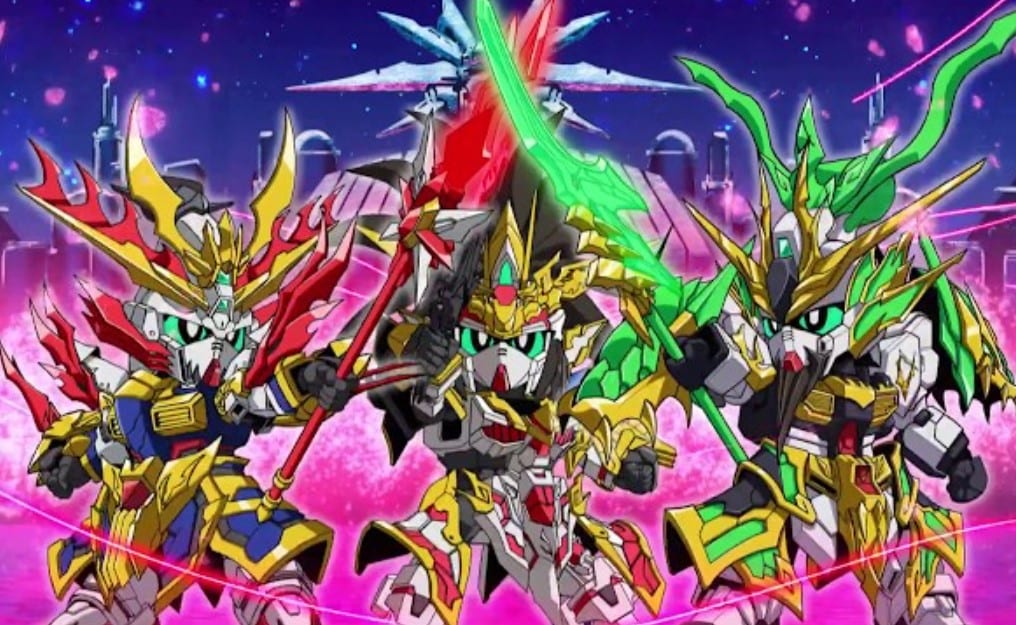 Master Sun Jian comments that he will need the help of those two twin girls during the battle. Sun Jian told his men to prepare for the war. Meanwhile, in another town, Liu Bei, Wukong, Aye, and Zhuge arrive in an abandoned town; Dong Zhuo is responsible for destroying a city. Liu Bei told Haro to stay near him, and nothing will harm them. The warriors telling Liu Beis asks him about the Haro.

Liu Bei replies that he can’t remember, but he came a long way with Haro. Haro has been helping the warriors through the worst battles. One of the warriors talked about the time he met with Guan Yu Zhan Fei. That day the two had a fierce fight, and that ended after they both disappeared. The warriors used Haro during the war and witnessed overwhelming powers he has never seen before. Haro gave the warriors the powers of Chozetu Ryuhazan.

Liu is glad that Haro helped different people from different generations. That warrior said that Haro has brought out Dragon Memory when they face danger. The guy asks Liu Bei to gets Haro, and Liu Bei replies that his father gave this device to him. Liu Bei’s father told his son that he got Haro from Liu’s grandfather. The Haro has been from one generation to another in Liu Bei’s family. That guy replies that he got his Haro from Master Zhang Jue’s fieldwork. Later the warriors gathered and vowed they would not die during the war.