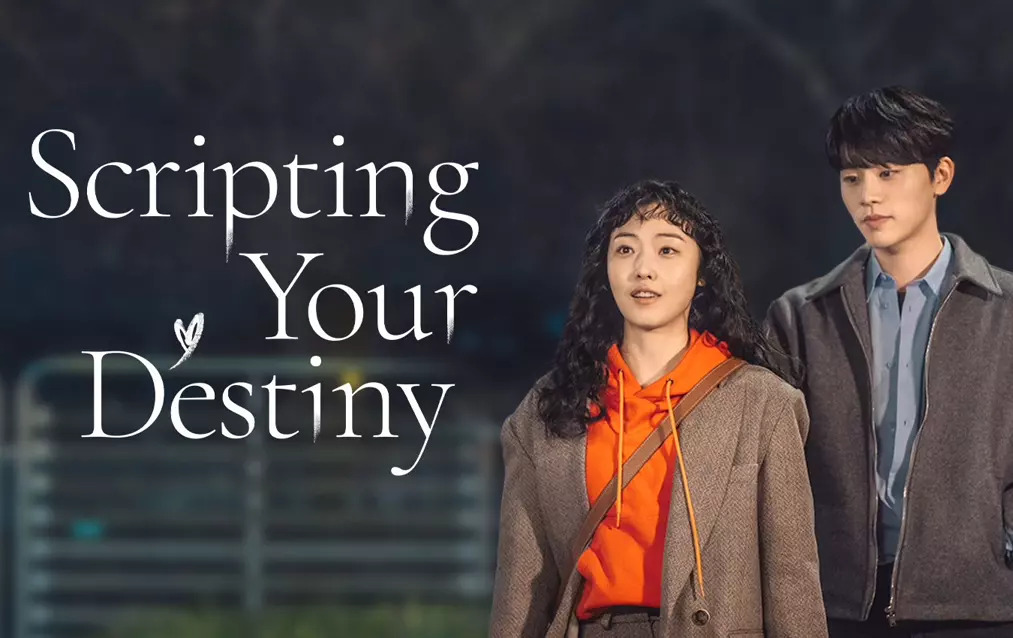 Scripting Your Destiny Season 2 is a much-awaited question whose answer everyone wants to know. The final confirmation of the renewal of the show hasn’t been much said about. Scripting Your Destiny is currently an ongoing South Korean drama. The drama airs on the TVN network and has a total of 10 episodes. The drama starring Ki Do Hoon, Jeon So Nee, and Kim Woo-Suk is a much-talked-about drama of the town. Remember the famous drama Goblin? There is a high amount of similarity being searched in the drama. After the completion of Goblin, it seems like the audience always is in search of an ounce of similarity they can find.

The drama symbolizes its title completely. As the name suggests Scripting Your Destiny where a powerful god has been given the responsibility to write the human fate. Shin Ho Yoon is a powerful god, he has been given the charge of writing and making the destinies of the mortals. In the mortal world, his existence was going uninterrupted. Until one day he got in charge of a romantic love story. Feeling confused he decided to do something new which he hasn’t done before. The fantastic dreamy and magical drama makes us think about love a lot for sure. Scripting Your Destiny is written by Eun Sun Woo and brilliantly directed by Kim Byung Soo.

The official trailer of the drama was released on 30th March 2021. The trailer starts with the description of human life and how their list is created the moment they are born. The tvN original series presents the drama, scripting your destiny before us. Shin Ho Yoon is the deity of destiny. Sam Shin another one of the deities is asked to find a list. Shin Ho Yoon wants the list since the girl is the first love of Jung Ba Reum. Go Chae Kyung is the girl he wants to write the destiny for. We can clearly see Go Chae Kyung making a first-hand impression on us. She is a little different from others and bluntly speaks wherever she wants. It is destiny itself that wants to write a perfect love story for her. She suddenly starts experiencing a magical world of love and new unexpected adventures. Like a sudden meeting with a guy with an umbrella on a rainy day.

Suddenly we also see a glimpse of Shin Ho Yoon copying the destiny from a book. He finds the script apt full of human emotions and copies the fate to write from there. Plagiarism is not allowed anywhere right, so when it comes to a diety we of course won’t want plagiarism in our lives. Myung who is another diety seems to dislike this thought and says out loud that it isn’t correct. A soap opera writer ultimately gets her fate plagiarised by her own content. Seems interesting, isn’t it? She writes unexpected meetings at unexpected places. With a tint of comedy, the drama makes it appealing and interesting. The trailer itself is enough to let us want to see the drama more and more. But gradually it seems the diety even got involved with his own personal feelings in the face of a mortal. What will be the ending of the love story, how will Shin Ho Yoon stop fate to become harsh on them will be all revealed in the drama. 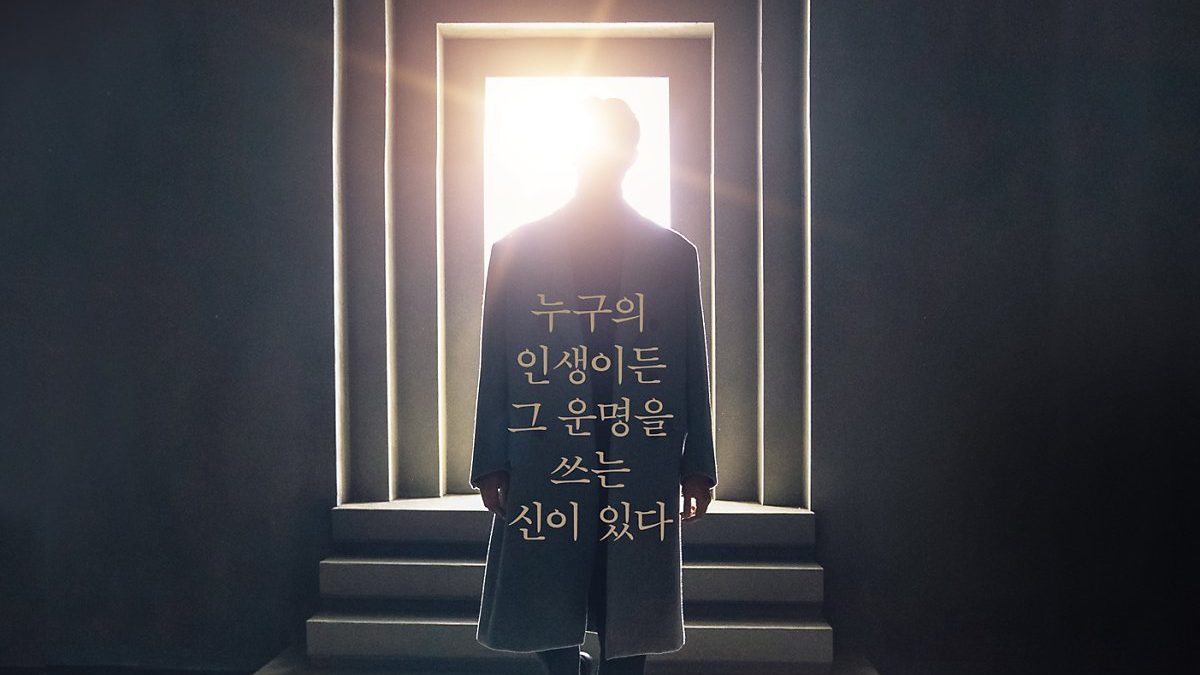 The overall story of the drama revolves around three main characters and two more deities. The characters namely Shin Ho Yoon, Go Chae Kyung, and Jung Ba Reum are the three main characters of the drama. Shin Ho Yoon is a powerful deity god who was given in charge of framing a new love story for a mortal. His job has been so since long, he writes the destinies of the mortals but it is his first time writing a romantic story. Not knowing where to start from, he starts to write a romantic fate by plagiarizing it from another writer. He starts to steal ideas from a future scriptwriter Go Chae Kyung. Meanwhile, Go Chae Kyung isn’t the normal one. She believes in utterly over-exaggerated dramas and emotions.

The tale which Shin Ho Yoon starts writing involves Jung Ba Reum who is a producer. In the tale, he is a perfect guy who possesses every part of having an ideal relationship. He is absolutely perfect for the love story and gradually gets involved with Go Chae Kyung with the story. Shin Ho Yoon disguises himself in a mortal life as Go Chae Kyung’s landlord to help her keenly get involve in the romantic story he destined for her. He helps Jung Ba Reum and Go Chae Kyung to perfectly complete the story. But fate has something else in store for Shin Ho Yoon as well. Soon after he finds himself involved with feelings for Go Chae Kyung. It was a plan that he never thought of, his self-knitted plot seems to be at risk of diminishing. What happens next will be disclosed at the very end.

Scripting Your Destiny Season 2 should be released in late 2022. Although, as of now any final confirmation on the second season of the drama hasn’t been revealed yet by the production. It all of course depends on the ending of the drama. Since the series has just a total of 10 episodes, the possibility of a second season becomes very high. Also if the ending is seen to have been in a cliffhanging there is a higher chance of surety for the renewal of the drama. Though there is no confirmation of season 2 from the production yet the possibilities seem to have been a little high this time. Any final updates about the second season will be provided here on a prior basis. The drama was released on Friday 26th March 2021. It has successfully captured the attention of the viewers and we would love to see a second season of the drama.

The Cast of Scripting Your Destiny 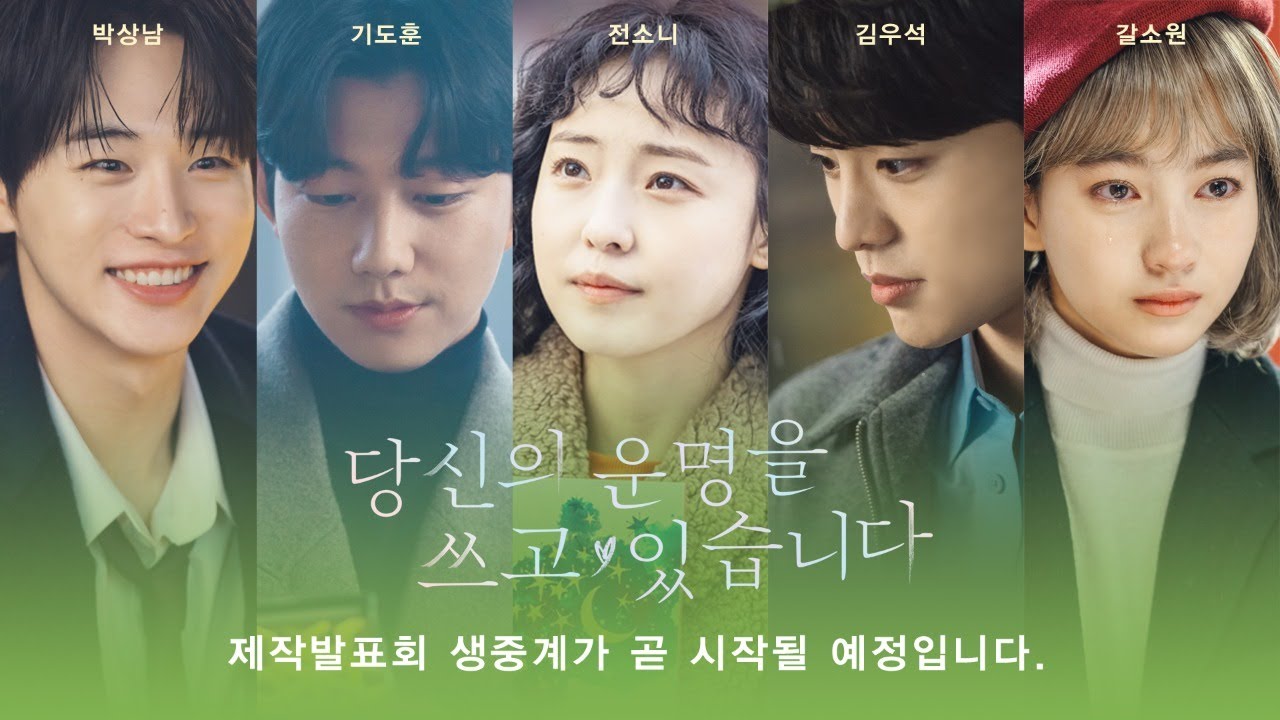 The cast of Scripting Your Destiny

Ki Do Hoon is a South Korean actor and model. His breakthrough dramas include Should we kiss first and The king in love. The 25-year-old actor is somewhat new in the industry. His popular work includes Scripting your destiny, as Brain Cheon in love alarm 2, Catch the ghost, and Artadal chronicles. He also took active participation in tv shows and specials. He has been active in the industry since 2015 and is an emerging actor of the young generation.

Jeon So Nee is a South Korean actress under SOOP management. It hasn’t been much longer since she entered the industry. To date, she has appeared in most movies and dramas. She also appeared as a guest in the tv show Movie room season 2. Her famous works include Scripting your destiny, When my love blooms, Ghost Walk, Jo Pil Ho: The drawing rage, An Algorithm, space x girl, and many more.

Kim Woo-Suk is a South Korean actor and is the brother of singer Kim Min Seok. His popular works include scripting your destiny, Ghost VRos, and  Love Playlist season 3. He has also appeared in many dramas in a support role. He also actively took part in specials and tv shows. 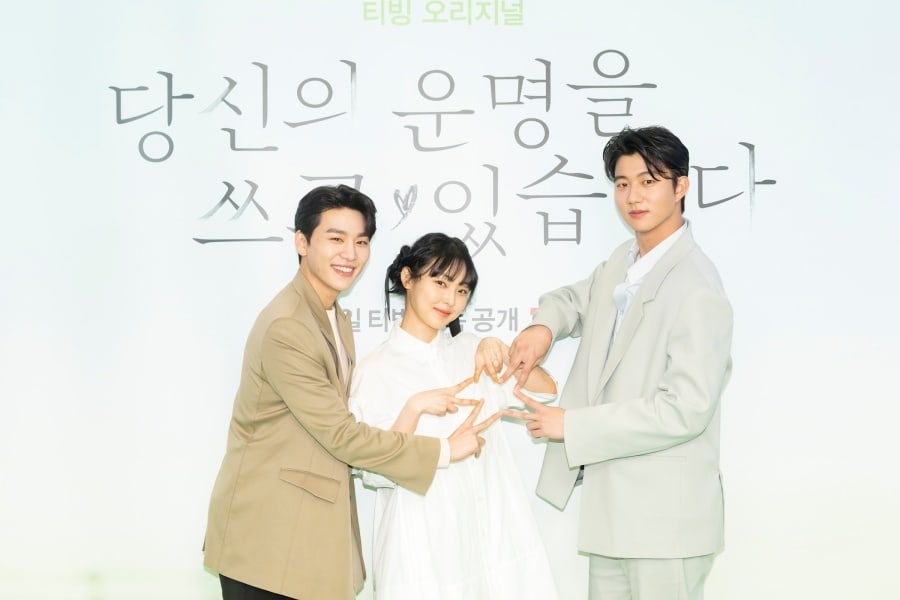 Where to Watch Scripting Your Destiny

Scripting your destiny can be watched in the original network tvN along and is also available in the broadcasting network Viki along with 13 different subtitles. So you can tune in to Viki for watching the show anytime anywhere. The drama is also popularly known as writing your fate and writing your destiny. The genres of the drama include comedy, romance, and fantasy. Who doesn’t like a skip from the ordinary world and go in a magical fictional world. The drama is just as amazing as the title suggests. It won’t of course consume much of your time and is a must-watch if you are a k-drama fan.