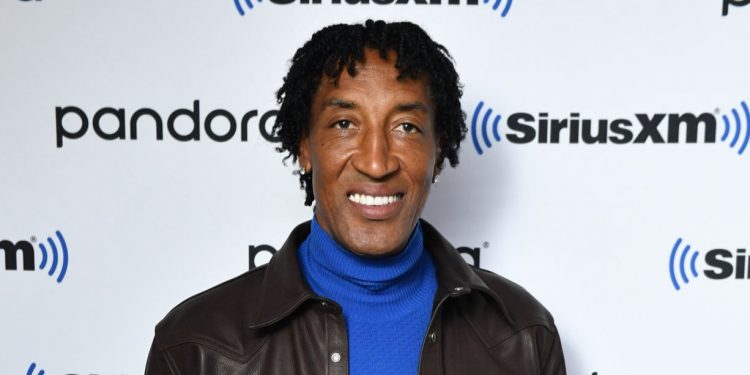 Scottie Maurice Pippen is a popular retired basketball player from the United States who is popularly known for his playing time with the Chicago Bulls. He was a member of the legendary Bulls team that won six NBA titles. Along with Michael Jordan, Pippen was a key figure in establishing basketball as a worldwide sport and cementing the Bulls’ place in basketball history. Nowadays, Pippen is making news for his loving life, and fans are also curious to know about Scottie Pippen’s Girlfriend. Pippen is a seven-time NBA All-Star and one-time NBA All-Star Game MVP who is widely regarded as one of the finest small forwards of all time. In Game 3 of the Eastern Conference semifinals against the New York Knicks, he had the most contentious moment of his career.

He’s also been named to the All-NBA First Team three times, the All-NBA Second Team twice, the All-NBA Third Team twice, the NBA All-Defensive First Team eight times, and the NBA All-Defensive Second Team twice. In 1992 and 1996, Pippen was a member of two US Olympic gold-medal winning teams, and Pippen is the first basketball player in History to win both an NBA championship and an Olympic gold medal in the same year. Pippen was a basketball player for 17 years, 12 with the Bulls, 4 with the Portland Trail Blazers, and 1 with the Houston Rockets. Pippen was placed into the Naismith Memorial Basketball Hall of Fame twice and was named in the list of 50 players as one of the Greatest Players in NBA History at the league’s 50th anniversary in 1997.

Who is Scottie Pippen’s Girlfriend?

Scottie Pippen, the 55-year-old former NBA star, is rumored to be dating Claudia Bouza, a 25-year-old model. The outlet also released photographs of Pippen and Bouza out with friends, and according to claims, Bouza has tagged Pippen on her Instagram account multiple times. However, neither of the two has confirmed their relationship. Bouza has posed for Olay, Alba Botanica, Jordi Dalmau Bridal, Hollister, and Cosmopolitan Magazine, among other companies. Bouza is also an actress who studied at the Lee Strasberg Theatre Film School and relocated to New York when Claudia was 22 years old. Pippen and Bouza’s relationship comes only months after Pippen’s ex-wife Larsa was spotted dating NBA player Malik Beasley.

If you’re curious to know about the dating History of Scottie Pippen then, keep reading to get the scoop.

Scottie Pippen, 55, married Karen McCollum, a skilled pianist, in his first marriage. Antron Pippen, aged 33, was born to the couple in 1987, and they married a year later. They divorced in 1990, yet their divorce was apparently amicable. During season two of The CW drama Dynasty, McCollum appeared as a pianist.

Despite the fact that Sonya Roby and Scottie never married, they have a daughter together, Taylor Pippen. Tyler, Taylor’s twin sister, died nine days after she was born.

Scottie and Yvette Deleone were engaged before they split up in the spring of 1995. Sierra Pippen, their only child, was born in February 1995.

In 1997, Pippen married Real Housewives actress Larsa Younan. Five years after his divorce from McCollum, they met in Chicago. Scotty Jr., Preston, Justin, and Sophia Pippen are Pippen and Larsa’s four children. The famous couple was married for over two decades until divorcing in 2018.

Scottie Pippen, the youngest of Ethel and Preston Pippen’s 12 children, was born on September 25, 1965, in Hamburg, Arkansas. Preston was 6’1″ and Ethel was 6’0″, and all of their children have inherited the characteristic, with Scottie being the tallest at 6’8″. Preston worked in a paper mill until he had a stroke that left him paralyzed on his right side. It severely hampered his capacity to communicate and move. On May 10, 1990, he passed away. Pippen’s love for basketball began at a young age. He dreamed of making the game-winning shot in the seventh game of an NBA championship as a kid.

Pippen attended Hamburg High School and was a member of the Hamburg Lions basketball team. Despite his outstanding high school achievement, he received no college interest and eventually enrolled at the University of Central Arkansas in Conway. He played for the Central Arkansas Bears for four years (1983-87), appearing in 93 games and averaging 17.2 points per game. Pippen frequently appears in TV series and films as himself. There are many songs that mention the Bulls, the Dream Team, or Pippin personally. In addition, there is a considerable amount of publications written on him.