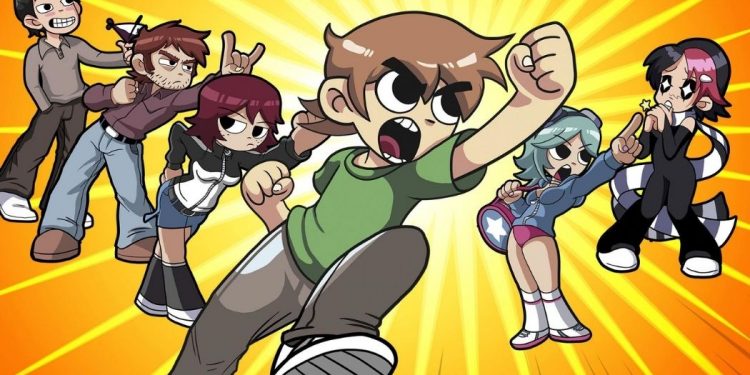 Scott Pilgrim to get an anime adaption for Netflix

With the mark of New Year, Netflix is all set to bring up new firing releases. Whether you are a drama serial lover or someone who likes to watch series with only human faces or someone who is obsessed with anime, you are going to love this news. The latest updates from the OTT platform that has spread like wildfire all over the internet is about the anime adaptation of a very popular visual novel series, “Scott Pilgrim”. It’s obvious to many fans that this can be the best surprise Netflix can ever give to the fans of “Scott Pilgrim”. Hence, Netflix has decided to give the graphic novel a new life while making the characters move.

As for the anime series, it will be more suitable to call it an animation adaptation of the original “Scott Pilgrim”. Since many fans will misunderstand the series as a traditional Japanese anime and will get disappointed. I don’t want to break anyone’s heart. Therefore, I have made it clear before going to the main subject. You can relate the series to have a type of art and animation of the anime series to be similar to Rick and Morty, Gravity Falls, Victor and Valentino, Adventure Time, and many other non-Japanese animation series. Below you will get all the information about the anime adaptation for Netflix, release date, plot predictions, and a brief introduction to the series.

Also Read: Teppen!!! Anime Announced: What is it All About?

The announcement of the anime that made the crowd go crazy is an anime adaptation of the graphic novel series Scott Pilgrim by the artist and writer Bryan Lee O’Malley. The series was published by the American version of Oni Press Publications. It was published in the format of Digest Limited series and belonged to the genre action, fantasy, romance, and drama. The series published its very first chapter on 18th August 2004 and has concluded on 20th July 2010. Till now, the series whole novel series has been collected in 6 volumes and also got a film adaption of it. The movie released in August 2010 was titled “Scott Pilgrim vs. the World” and was based on all six volumes of the series.

The movies starring Michael Cera – also known for this work in movies like Superbad, Juno, This is the End – as the protagonist. As it centers on the plot of the visual novel, it goes around the life of a young boy named Scott Pilgrim. The protagonist is a slacker and a part-time musician who lives in Toronto, Ontario. Scott plays bass in a local band, and the whole plot follows his journey to make his relationship successful with a local delivery girl. As he has fallen in love with that delivery girl named Ramona Flowers, he has to defeat his seven exes, who he refers to as “Evil”. His journey to make his life easy and start dating Ramon peacefully in between the tension created by his exes has been depicted in the whole series.

‘Scott Pilgrim’ to get an Anime Adaption for Netflix

Now that “Scott Pilgrim” is all set to be the next top release of Netflix of the year 2022, it has been reported that the series is produced by the collaboration of Netflix and UCP. UCP is none other than the division of Universal Studio Group, which is proclaimed for helping the “Umbrella Academy” to come on the digital screen. Other announcements include the screenwriter’s team as Brayan Lee and Ben-David Grabinski, who previously worked as showrunner of “Are you afraid of the dark” from Nickelodeon. When talking about an anime series, it’s very important to highlight the character designs that will decide the fate of the series. The famous studio Science Saru which is well known for creating hybrid hand-drawn digital art has been chosen to produce the series.

The studio has done some notable work which is known as “Adventure Time 2014”, “The Night is Short,” Walk on girl,” “Keep your hands off Eizouken!” and the anime anthology of Star wars known as Star Wars: Visions. Since the novel got its recognition from the film adaption, people are having their hopes high for the anime too. The production companies and official sources have only announced the production of the series and have yet to say words regarding its release date. It’s going to take time as it is going to be a long process, so I recommend you to stay tuned for further updates on this topic. Till then, you can enjoy streaming Scott Pilgrim vs. The World on Peacock.