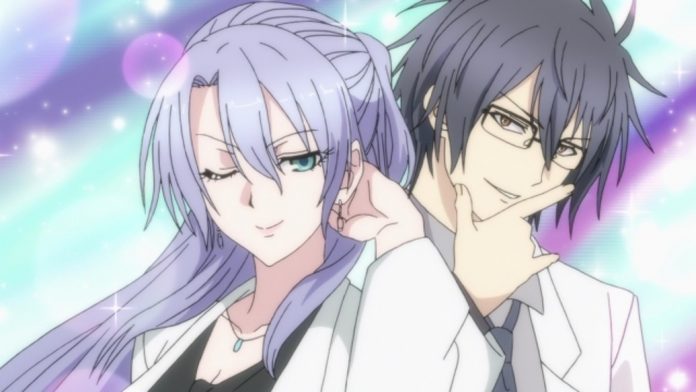 Not only this, but it has gained a lot of success as it has been adapted into different forms of media. The second season has 6 episodes so far, and if you’re a fan, you must be one of those anticipating episode 7, which will be coming out soon!

Science Fell in Love; So I Tried to Prove It is adapted from a manga written and illustrated by Alifred Yamamoto, The manga came out in 2016 and is currently ongoing. In 2018 a 4-episode television drama directed by Masatsugu Asahi was released. A year later, a live-action film was made by the same director alongside Toshihiro Sato. A 12-episode anime was then released from January 11, 2020, to March 28th of the same year. On the 2nd of April 2022, the second season of the anime was released.

In episode 5, we were left hanging as they decided that the data collected through Arika’s manga readers was based on subjective feelings and that they needed more accurate information to analyze their feelings. Yet again, Ayame was sure of her feelings and confessed to Shinya. Episode 6, thus, continued from here on, making the story more interesting.

Episode 6 opens with Shinya asking Ayame to repeat what she said, all the while losing his mind when coding. He then releases the difference in her previous confession, where she had mentioned that she “seemed to be in love” with him. Impressed that he remembered what she said, Ayame smiles.

This is when Shinya proposes to hear her theory of love towards him. To which she cooly says that making a statement without a theory would make her a failure as a Data Science student. She then decides to take Shinya outside on a date where they try to find commonalities between them and the people who are in love. However, we have Shinya trying to understand the criteria by which they can judge who is actually in love. They then come up with the solution of finding a common point between all the types of love they have seen.

According to Shinya, with this, they can prove what their love is. On their way home, they both ponder upon things related to love. Ayame then gets emotions and is sure of her love, but Shinya states that he cannot come to a conclusion as easily as her.

So he takes out his laptop to organize his feelings and create an equation. He organizes his data based on positive and negative points regarding Ayame. Not gonna lie, an excel sheet is indeed the best way to determine emotions, thanks for this one Shinya! When giving out points, he adds a lot of positive points for her without realizing that he was complimenting her.

He then, finally, comes to the conclusion that all this proves that he loves her too and confesses. She thanks him, and she then hugs him and gives him a peck on the cheek. When they return to their lab, they are congratulated by their teammates but stop them, claiming that they will now begin the further research related to quantification and favorable feelings.

Science Fell in Love; So I Tried to Prove It: Episode 7 Release Date

Science Fell in Love; So I Tried to Prove It: Episode 7, will release on the 14th of May 2022. Episode 7 will be named “Rikei ga Koi ni Ochita no de Shūdan Dēto Shite Mita,” meaning “Science-types Fell in Love, So They Tried Going on a Group Date”.

Where to watch Science Fell in Love; So I Tried to Prove It?

You can watch Science Fell in Love; So I Tried to Prove It on the online streaming platform Crunchyroll. 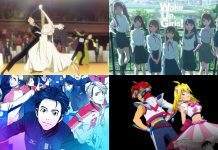 Best Dance Anime To Watch That You Should Not Miss