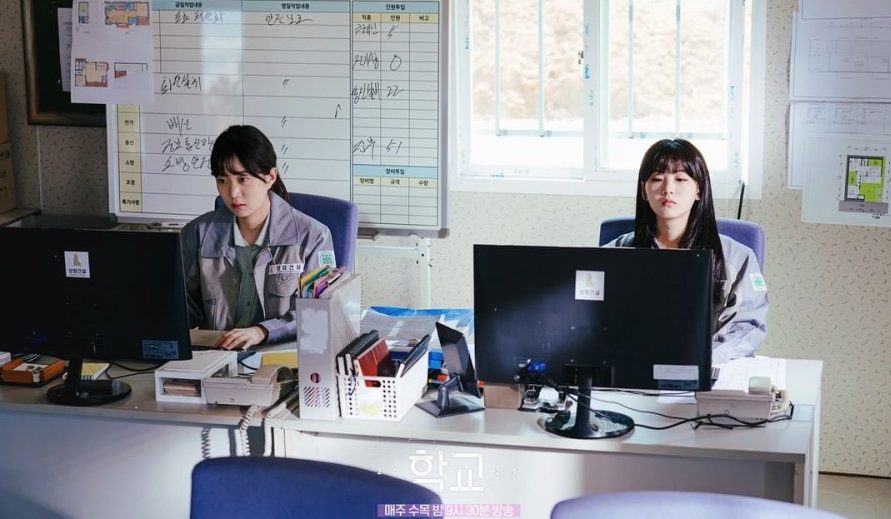 Nulji Science and Technology High School students are heading towards a bright future in School 2021 Kdrama. In the eighth installment in the “School” series, Kdramas has just premiered its first two episodes, and things are already getting intense. The acting of the young, talented ensemble cast is also arousing the interest of the viewers. Meanwhile, everyone enjoyed School 2021 episodes 1 and 2, and they are more excited to see things uproar in School 2021 episode 3. Hence, find the article on the School 2021 episode 3 release date, preview, and online streaming details.

School 2021 Kdrama depicts the stories of high school students who work hard for their future instead of preparing for the college entrance exams. The drama premiered on November 24, with all the fresh actors heading towards their goals. Also, we got to see the chemistry between all the primary characters. Jin Ji Won and Gong Ki Joon are already getting close. However, their personal life and dreams are still on the ground. Now that they are working together, what else will happen with the pair?

The curiosity just after two episodes have brought more viewers to the show. Moreover, the viewership count for School 2021 episode 1 was great for a premiere. Meanwhile, the second episode gathered a 1.6 percent rating nationwide.

School 2021 episode 3 will release on December 1, at 9:30 PM KST. The drama releases new episodes every Wednesday and Thursday, and each of them has a run time of 70-75 minutes. The drama began on December 24 and is set to conclude on January 13, 2022. Although, the drama’s premiere faced several hurdles before it could finally come up to the screens. From the male lead exchange to him getting COVID-19, the School 2021 premiere became the hot topic of the town. Thankfully, it has finally begun, and positively, it has managed to get a grip on viewers’ attention.

In the preview for School 2021 episode 3, we find Gong Ki Joon (Kim Yo Han) and Jin Ji Won (Jo Yi Hyun) in a bus while talking about friends. Jin Ji Won starts getting flashbacks of Jung Min Seo, as she cries thinking about her. Later, we find Young Joo getting a threatening call, where he is asked to live his life quietly. After that, we see him making a deal with Eun Bi. Also, Eun Bi is then seen having a conversation with Gong Ki Joon, where he asks her if she is running away. And, she replies with “I’ll see.” The preview ends with Young Joo and Gong Ki Joon in one frame. By the stairs, Ki Joon asks the other male if [something] is true, and if it is, he cannot believe it.

Streaming School 2021 Episode 3 and the previous episodes is a hassle-free procedure. The ongoing high school drama is a KBS2 original, like the last School series. In South Korea, the episodes are released on the KBS2 network via cable. However, fans living outside the South Korean borders can also stream the drama online.

Rakuten Viki– the online streaming service- will allow you to binge-watch School 2021 Kdrama online, with subtitles in several languages. Moreover, the drama is entirely free to watch, making the experience even better. The fresh episodes are updated on Viki after their releases. Hence, you don’t have to wait for long to enjoy School 2021.

Viki also houses many other Korean dramas, including both new and classics.

Life is not easy at Nulji Science and Technology High School, and the high school students have realized it. To get better at activities and earn money, both Gong Ki Joon and Jin Ji Won have now started working together at a fast-food chain. A strange tension forms between the two as they start working together. Also, fans speculate if the two will get together at the beginning of the drama or a plot twist to scatter their chemistry.

As per many comments online, fans loved watching the first two episodes of School 2021. Describing it as funny and entertaining, Jung Young Joo is getting a lot of attention in particular. His bold charisma and cold personality are reflected in the starting episodes. But, we would like to see his mysterious side evolve into a soft one. Until then, watch the drama and tell us what you think.