Gong Ki-Joon's world crashes after an unexpected call. Will he able to find happiness again? 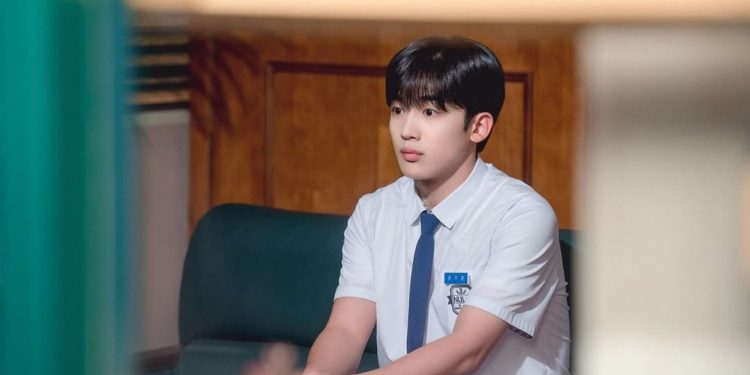 The dark cloud of problems is soon arriving in the life of Gong Ki Joon (Wei’s Kim Yohan)as we move ahead with School 2021 episode 13. In the last episode, we saw Gong Ki Joon and Jin Ji Won (Cho Yi Hyun) enjoying a date while laughing and acting as an adorable couple. But their bubble burst as soon as Ki-Joon received a call telling him that his grandfather was admitted to a hospital. Grandpa, who is Ki-Joon’s only family, battles between life and death as Ki-Joon and Ji-Won cry and tremble beside his deathbed. On the other hand, Jung Young Joo (Choo Young Woo) might also get punished despite Kang Seo Young’s (Hwang Bo Reum) efforts.

As we move closer to the finale of School 2021 kdrama, the main characters’ lives are getting intended. Also, the drama is busy creating curiosity among the viewers for the upcoming episodes. After the heartbreaking scene in the School 2021 Ep12, the viewers are religiously waiting to see the future of Ki-Joon. His parents have never been a part of his life, and the audience hasn’t seen them yet. So, the upcoming episodes might focus on Ki-Joon getting back with his family. Also, Jin Ji Won will be the perfect girlfriend by standing right by his side through the hard times.

School 2021 episode 13 will be available on KBS2 through the cable network. However, people living outside the country can stream it online on Rakuten Viki. The American streamer is the official broadcasting network of the teen drama.

You will need a subscription to watch the drama. Hence, once you buy it, you can watch School 2021 online without any hassles. Viki will also provide subtitles in English and other languages. Watch School 2021 episode 13 online here.

Only Ki-Joon and Jin Ji Won’s relationship has sailed among the three prominent couples in the drama. Chaos returned as important thunder-like news struck Ji Ho Sung (Kim Kang Min) in the last episode. It turns out he is a father. After a careless mistake, Ho-sung fathered a child, who he now has to take care of for three years. As soon as Go Eun Bi (Seo Hee Seon) heard the news, she started her relationship with Ho-sung. Although she is upset with the information, Eun Bi defends Ho-sung in the school and calls him her boyfriend.

Seo Young and Young Joo have a heart-to-heart conversation in the last episode, where they talk about their deepest worries. Seo Young has agreed to testify. But, sadly, it will not help Young Joo get out of the problem. Young Joo’s future will decide the next step for their relationship. Anyway, the viewers are convinced that the two like each other, no matter what they say.

Lastly, Ki Joon and Ji-Won are going strong as they love spending time with each other. Before getting the sad news, the two laughed and had a house date.

School 2021 Episode 13 will release on 5 January 2021, at 9:30 PM KST. The episode will release on a Wednesday as per its broadcasting schedule. People living in South Korea can watch it easily on the KBS2 network through cable.

The preview of School 2021 episode 13 is sensitive and sorrowful, filled with tears and a gloomy environment. The video opens with Ki-Joon sitting alone at his grandfather’s funeral. Meanwhile, Jin Ji Won cries her heart out and shares the pain with Jung Young Joo. The two converse about the situation and console Ki-Joon, who is overwhelmed by his grandfather’s death.

On the other hand, Goo Mi Hee (Lee Ji Ha) has another meeting with Seo Young. Their conversation will directly affect Young Joo’s past deeds. Hence, we will see what is next for Young Joo and Seo Young’s relationship. Moreover, Ki-Joon will struggle to get back to his normal life. But, the audience is excited to see the main characters getting together to help him achieve his happiness again.

‘Luoyang’ Season 2: Is The C-Drama Getting a Renewal?