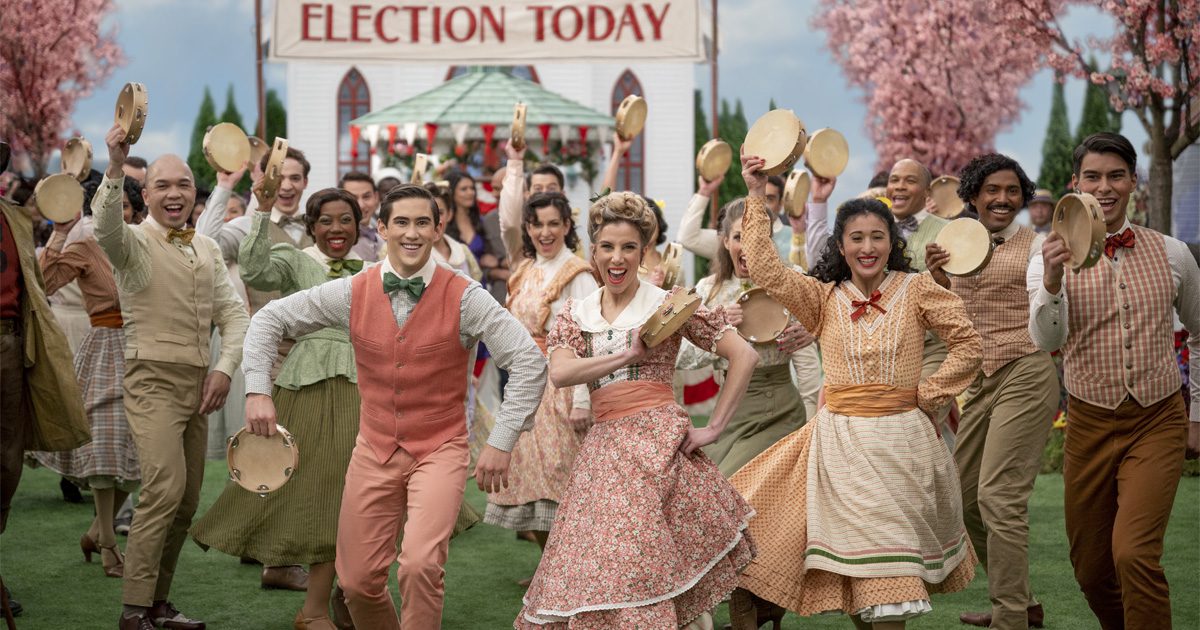 Schmigadoon season 1 came out on our digital screens a while ago and we all are in love with the plot. The show is all about music as well as humor. Cinco Paul along with Ken Daurio have created the show for Apple TV plus. It has launched just this month on the platform. For all those who do not, Schmigadoon! happens to be a parody of ty3 Golden Age musicals which were existent in the 1940s as well as the 50s. The cast list of this Apple show is surely studded with stars and is much appreciated by the critics for that.

Back in the fourth episode called Suddenly, we saw that Melissa and Josh still are not sure if their love is real or not. As of right now, they are being visited by new romantic prospects. Although, it gets tough for them too to create some of the dramatic stakes while working with their hearts in hand. At the start of the episode, we see a flashback greeting us with full force. In this scene, Melissa, as well as Josh, are getting out of a black box theatre production that is owned by their friend. The creators surely try to pose this activity in the form of a cute thing to do but it is far away from that. He was seen complaining that Melissa did not make him aware beforehand of the naked people on the stage. 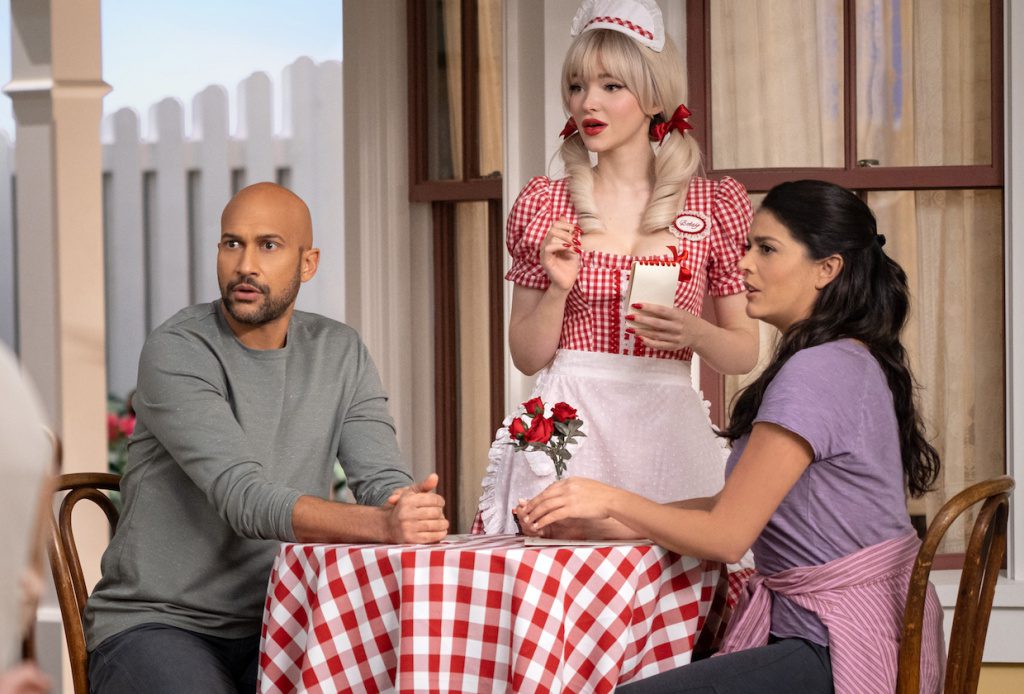 A still from Schmigadoon! Season 1

I mean, Melissa clearly wanted to stay and see the whole plot but only if she did not bring Josh along with her. Well, this was okay to do so but only this time. It is because the two are in that phase of a relationship where everything seems like a cute dream. Thus, the couple decides to get out on a snowy sidewalk where Melissa tells Josh that she loves him. Josh’s feelings echo Melissa’s and the two seem to be happy together. Later, we see that the singing kids come in and make the whole scene so much more intense than it already was.

Well, everything worked out perfectly till here because we are sitting down to watch a musical and we are getting that. Although, the tone of the entire episode is still in remix form rather than being straightforward. Later, we see that Melissa goes on to meet a pregnant woman living in The Hills. This pregnant woman is not getting any help from Doc Lopez because the child was conceived out of wedlock. Now, this must be enough with the back story of the show and we shall now go on to discuss everything that lies in the future of it.

Schmigadoon season 1 episode 5 will get a release on the 6th of August 2021 and is titled Tribulation. It is supposed to drop out on Apple TV plus. For further details, you guys should keep in mind that new episodes of the show come out every week on the platform on Fridays. Now, if you guys are wondering about all the possible streaming options that might be available to catch the latest episodes of the show, then we have got you covered. The first and the easiest method is by opening Apple TV Plus on your digital devices and enjoying the new episodes on the designated release date mentioned above. If you are waiting for the season to drop out on Netflix or any other streaming platform, then you probably should not.

Apple TV Plus is an exclusive platform that holds the legal rights to air its own content and does not share it. You all get a free one-week trial if you go on to buy a subscription. The basic plan starts at 4.99 US dollars per month. Well, if you are searching for some spoilers for the next episode, there are rarely any. It is obvious that Apple wants to keep all of its work under wraps. This is the reason why we are getting no spoilers about the episodes in advance about this series or any other Apple show in general. Well, all that we can assure the Schmigadoon fans with, is that there is going to be loads of drama along with the perky musicals that we like.