Savannah Montano Boyfriend: Who is the Model dating in 2021? 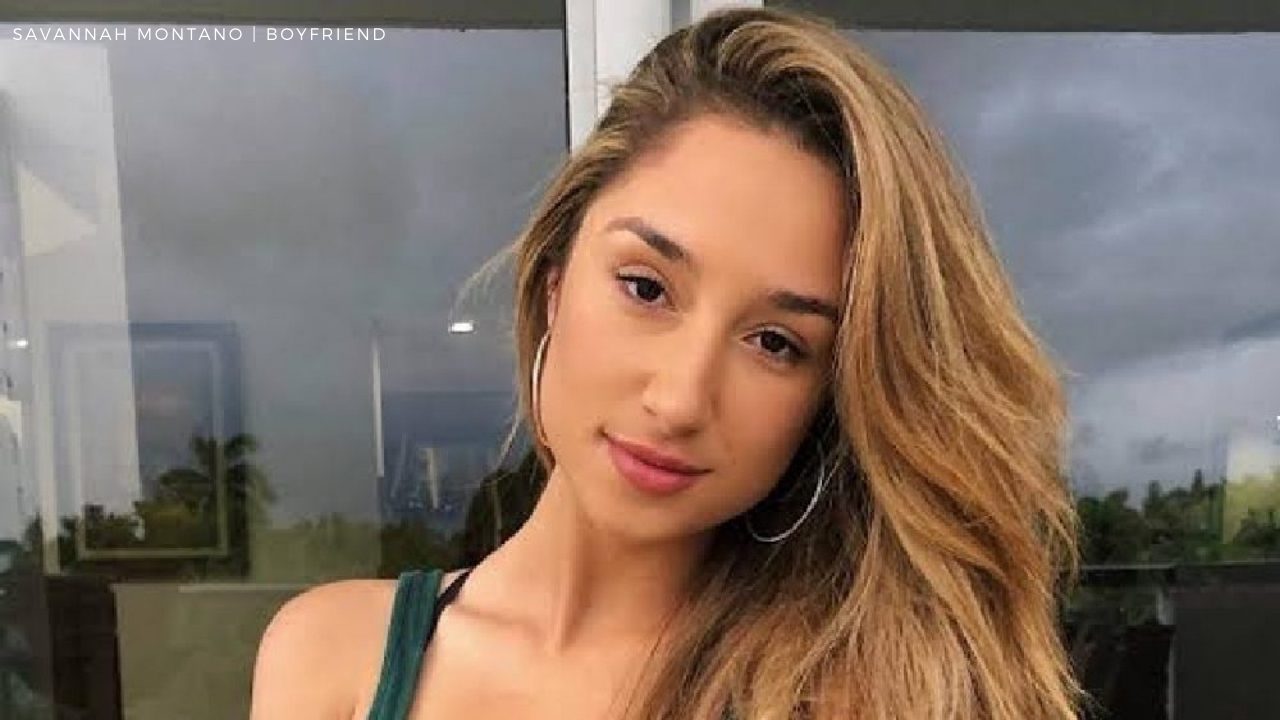 Who is Savannah Montano’s boyfriend? Well, it is interesting to know how the internet has become a tool to gain fame in today’s world. If one has access and plenty of luck, it’s only a matter of time before one becomes an internet sensation. In addition, we have many personalities on social media who started small and then had a large following that grew in popularity.

Savannah Montano is no outsider to us, as she is an Instagram star who has accumulated millions of followers. Apart from that, the Instagrammer also has a channel on Youtube, where she is pretty much open to her daily life and relationship status. Plus, she’s a fitness freak and likes to share her nutrition and workout plans online. So, get ready to get exclusive pictures of this adorable beauty and her beautiful life. Also, read this article to learn more about this star’s personal life and gatherings on Instagram.

Who is Savannah Montano dating?

Currently, the 23-year-old Savannah Montano from South Florida is dating her boyfriend, UFC mixed martial arts fighter, Dillon Danis. Although the couple does not want to publicly share their relationship on social networks, various media outlets have confirmed that Dillon Danis and Savannah Montano have been together for almost a year.

Dillon Danis recently posted a story on his Instagram with a quote from Savannah Montano’s appearance on Call Her Daddy and added the text that when your girlfriend on calling her daddy and an emoji of a facepalm. Dillon’s last Instagram post with his girlfriend Savannah was on October 29, 2019. The couple was spotted jet-skiing together. However, Savannah has yet to post a photo of the couple on her Instagram handle.

Who is Savannah Montano??

From South Florida, a 23-year-old girl Savannah Montano is an Instagram model and YouTube star. She rose to prominence on Tumblr and the now-defunct video platform Vine. She has an impressive half a million followers on YouTube and over 1.8 million followers on Instagram. The model uses social media to share all aspects of her life, from what she eats in a day to rugged bikini snaps on the shores of the Bahamas.

Savannah Montano’s boyfriend is a professional MMA fighter Dillon Danis, who is known for his martial arts. But the fact that he is the best friend and training partner of MMA legend Connor McGregor also adds to his fame. Five months ago, Montano posted a video on her YouTube channel, which has more than 500,000 subscribers, in which she flew to New York to surprise Danis.

The Instagram model “Savannah Montano” was born on September 30, 1996, in South Florida, USA. In addition, his parents are Robert Montano and Elena Montano. Savannah’s father is a general practitioner doctor, while her mother is a dentist. Also, she grew up with her younger brother Sebastian Montano. The sensation on social media also came from Cuban-Dominican origins. Now, speaking about her educational qualification, she graduated from high school.

Born in Florida, she started her journey as a fashion blogger on the popular Tumbler app. As a result, she caught the attention of various users and felt popular for the first time in 2011. She also gained momentum when she joined the popular six-second video-sharing app, Vine, where the videos she created went viral instantly. So she became a famous Viener in a very short time. Savannah also uses Vine videos of other Vine stars, such as Derek Krahn.

By the time the app closed, Savannah already had 430,000 followers. Then she started researching other social media platforms like Instagram and became very popular there for her seductive and fashion-inspired photos. Currently, this fashion blogger who has become an Instagrammer has around 1.9 million followers on Instagram. She also keeps her followers up to date on everything in her life by posting photos of her lavish lifestyle, professional photoshoots, and vacation photos with friends and family.