Sara Pascoe is an English comedian as well as an actress. 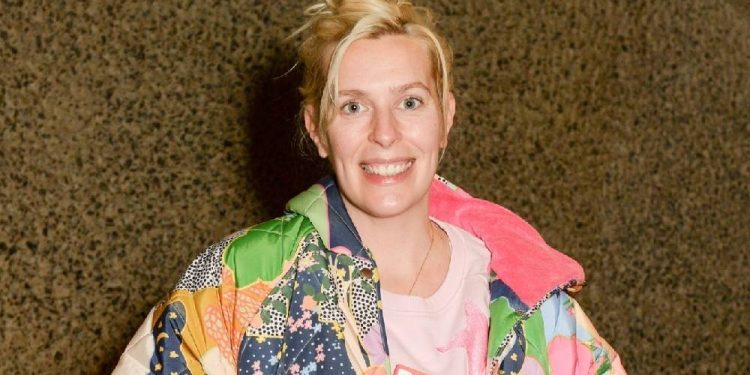 Lately, the popularity of Sara Pascoe is rising all over the internet, resulting in fans eager to know if Sara Pascoe Pregnant? This is a question that worries people these days. If you are in touch with the TV show “8 Out Of 10 Cats Does Countdown”, you’re probably very familiar with the name. Sara Pascoe had gained tremendous fame after this show. Sara Pascoe is an English comedian as well as an actress. Pascoe has appeared on television programs, such as 8 Out Of 10 Cats Does Countdown for Channel 4, QI for the BBC, and Taskmaster for digital broadcaster channel Dave. Here, you will find everything you need to know about Sara Pascoe, her latest relationship updates, family, and qualifications, Sara Pascoe’s age, biography, career, social media accounts.

Sara Pascoe, who is better known by her family name Sarah Patricia Pascoe, is a famous comedian. On May 22, 1981, she was born in Dagenham, London, England, United Kingdom. Sara Patricia Pascoe started her comedian career in 2006 when Sara was just 25 years old. Soon, Pascoe became more successful in her profession for a limited time, during which she influenced people and gained a lot of fame due to her career. After a while, her career moved smoothly due to being famous. Sara Patricia Pascoe became famous for her performances in her native country United Kingdom as well as in other countries.

Is Sara Pascoe Pregnant? Well, Those who follow Sara Pascoe must have received good news, as Sara Pascoe announced in November 2021 that she is pregnant and expecting a baby. Sara was married to Steen Raskopoulos in 2020. They met two years later at an Australian comedy festival and got engaged earlier this year, just before the UK was quarantined. Pascoe said on the Graham Norton Show on October 2 that while the past three months have given her time to appreciate her new husband’s company, it wasn’t the right time for romance.

However, according to her Instagram, it looks like her house was full of laughter during the lockdown. Pascoe and Raskopoulos performed several virtual gigs in addition to their own entertainment at home. Pascoe uploaded a photo of them on her social media. Previously, from 2013 to late 2016, Pascoe had dated the comedian John Robins. Her reflection on this relationship and its aftermath became the centerpiece of her 2017 LadsLadsLads show at the Edinburgh Festival Fringe. In 2020, she tied a knot to her comedian partner Steen Raskopoulos, and in November 2021, she announced her pregnancy.

Also Read: Riyad Mahrez’s Girlfriend: Who is the Manchester City Star Dating in 2021?

Raskopoulos was born in Sydney. The FFA Hall of Fame footballer is his father, and Jordan Raskopoulos is his sister. He is the co-founder of the Sydney Improv Theatre. Steen Rascopoulos has been dating British comedian Sara Pascoe for over a year and promised to marry her in the year 2021. On July 3, 1987, Rascopoulos was born and turned 34 years old in 2021. He got himself enrolled in the University of Sydney, where he started with improv. The comedian’s net worth is believed to range between $1 million and $5 million. He earned this money through his career as a comedian and an improv artist. He had also appeared in The Duchess, a Netflix production that premiered in 2020 and in which he played a key role.

His Instagram has more than 12,000 followers and has been posted more than 1,200 posts. He frequently blogs about his career and theater productions in Australia. The comedian started his career as a stand-up comedian more than ten years ago. According to sources, it is found that one of his early programs was This Is Littleton from 2014, which quickly made him a comic book writer and columnist. In the same year, Steen played the role of Edan in The Code. Top Coppers, in which he portrayed the role of John Mahogany, is one of his most famous programs. He also started his writing career in 2005 when he wrote an episode of The Ronnie John’s Half Hour.

In Romford, located in Essex, Pascoe was born and attended the University of Sussex, where she majored in English. Derek Pascoe, a lead singer in the 1970s pop group Flintlock, was his father. Rosa Newmarch, a musician, was his great-grandmother. Born in Dagenham, London, Pascoe grew up near Romford. Her parents divorced when she was very young, and she was raised by her mother. Sara attended Eastbury Comprehensive School in Barking. She then attended the Gaynes School in Upminster.

In 1997, Pascoe had an abortion which is detailed in her memoir named Animal: The Autobiography of a Female Body. For a short time, Pascoe tried to study philosophy at the University of Cambridge, motivated by the enjoyment of the novel Sophie’s World and her desire to join the Footlights, the university’s theater club. However, Sara studied English at the University of Sussex, where she became friends with Cariad Lloyd. After graduation, she worked as an actress and enhanced her income with provisional jobs, but found work “hard to come by” and went bankrupt.