Sara Ali Khan was born and raised in a Nawab family of Muslim. Her grandfather Mansur Ali Khan Pataudi was a famous former Indian cricketer, while her grandmother Sharmila Tagore was a great actress of her time. 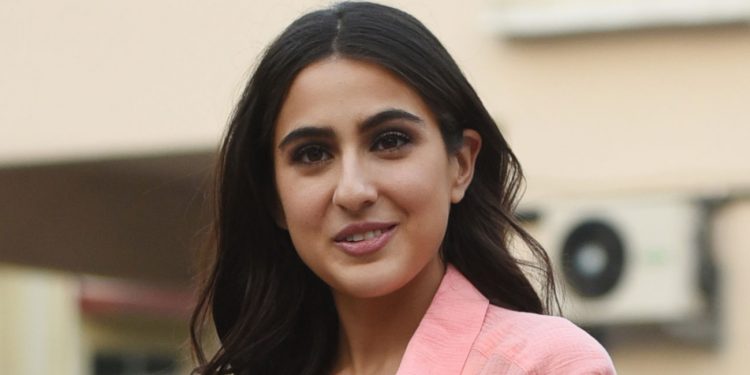 The Wedding season in Bollywood has arrived, and love is also blooming in the air. The latest actress to be bitten by the Marriage virus is none other than Sara Ali Khan. With all eyes on Vicky Kaushal and Katrina Kaif’s wedding, Arangi Re’s latest lead actress reveals that her wedding plans and conditions have gone viral. So What are the Sara Ali Khan’s Marriage Plans? Well, Sara Ali Khan is an Indian actress and star kid of the famous Saif Ali Khan (actor) and Amrita Singh (actress). The renowned star kid was born on August 12, 1995, in the Pataudi family and is the first child of Saif Ali Khan.

Sara debuted in Bollywood in 2018 with the hit films like Kedarnath and Simba. Both films were successful at the box office, and her acting skills and beauty were admired both by the audiences and the critics. She is a fitness freak, and before entering Bollywood, she lost around 40 kg and toured her journey from fat to get fit. Her workout videos have mostly gone viral on social media.

What do you know about Sara Ali Khan’s Marriage? Well, Sara Ali Khan is currently single and unmarried. However, it is known that this young actress is very expressive and open to her thoughts and opinions. So when you talk about her wedding plans in front of her, Sara happily announces that she is ready to marry but that the groom must agree to one of her terms. By the way, Sara revealed that she was ready to get married only if the person she would tie the knot with should live with her and her mother, Amrita Singh. Yes, you have read correctly. Sara wanted a so-called “ghar jamaai,” and that sounded very appealing, but there’s a good reason for that.

Sara later claimed that why should a woman always leave her parents and go to the groom’s house? Why not the other way around? She also said that life is not easy for a single mother, and as Amrita Singh’s daughter, she wanted to be there for her single mother, who raised her and her brother Ibrahim Ali Khan alone after her mother’s divorce with Saif Ali Khan. Well, we definitely support Sarah and her wedding idea and hope she finds the perfect groom soon.

She was born and raised in a Nawab family of Muslim descent in Mumbai. Her grandfather Mansur Ali Khan Pataudi was a famous former Indian cricketer, while her grandmother Sharmila Tagore was a great actress of her time. Her parents divorced in 2004 after 13 years of marriage. Sara did a photo shoot for the cover of a magazine with her mother, Amrita Singh. She was raised in a Muslim royal family. Sara is 5.4 inches tall and weighs approximately 50 Kilograms. She has brown eyes, black hair, and fair skin. Sara Ali Khan looks innocent and cute, just like her mother. During her childhood, she was overweight, but after exercising, she made her body fit. In 2016, she graduated from Columbia University in New York.

Sara Ali Khan is all set to Bang With Her new movie “Atrangi Re.”

After more than two years, Aanand L Rai’s Atrangi Re is slated for release, and the first trailer for the feature film was released on November 24. The romantic drama set in Bihar and Madurai follows Rinku Soryavanshi (Sara Ali Khan), a young woman who works at a train station whose story is told in two timelines; in one, she marries the clever and eccentric Vishnu (Dhanush), and on the other hand, she falls in love with the extravagant circus ringmaster Anil (Akshay Kumar).

Due to the pandemic, the film did not hit theaters worldwide on February 14, 2021, and decided to release OTT instead. The film’s music and soundtrack consist of classic folklore compositions by A. R. Rahman, marking his second collaboration with the film’s director after Raanjhanaa, with subtitles by Irshad Kamil. The soundtrack includes songs by Shreya Goshal and Dhanush.

Sara Ali Khan made her debut in 2018 with the romantic disaster film by Abhishek Kapoor Kedarnath, in which Sara played a Hindu girl who fell in love with Muslim porter Sushant Singh Rajput. In preparation for her role as a Hindu girl, Khan improved her knowledge of Hindi with the help of the Rajputs. A few weeks after Kedarnath’s release, Khan starred in Rohit Shetty’s Simba, an action film starring Ranvir Singh, which was loosely in the Telugu film Temper (2015). She started with Working on It when Kedarnath’s shooting stopped.

In Imtiaz Ali’s drama Love AajKal (2020), the spiritual successor to Ali’s 2009 film of the same name, Khan, plays a young woman with a significant past with Kartik Aryan. Khan also starred as Varun Davan in the comedy Coolie No. 1, an adaptation of the 1995 David Dhawan film of the same name.