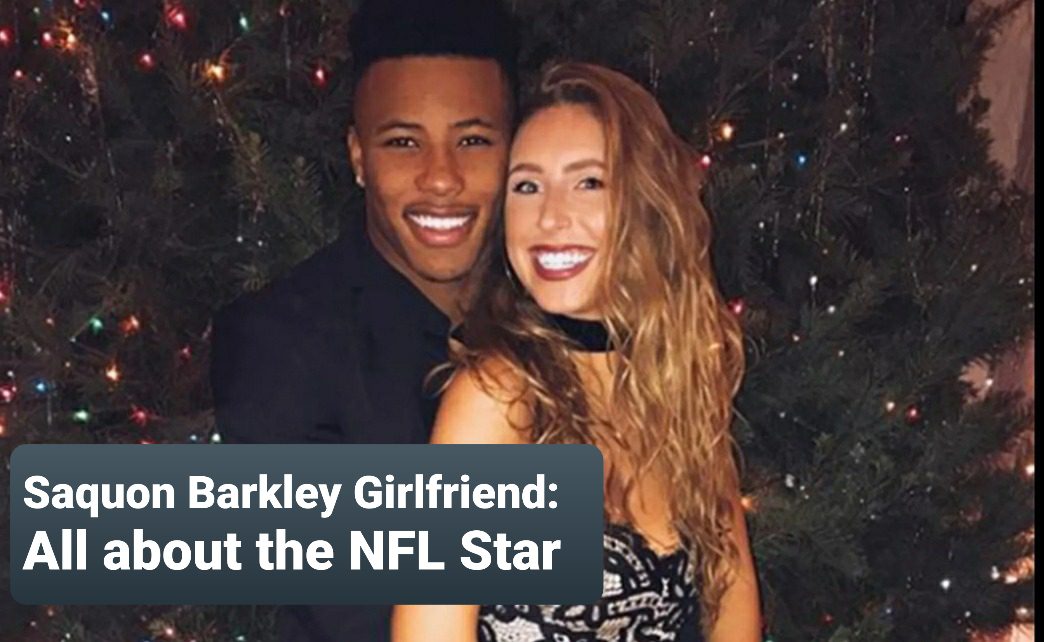 Who is Saquon Barkley dating in 2021? What do we know about the career and love life of the famous NFL player? Saquon Barkley is an American football running back of the National Football League (NFL). He has made headlines quite often with his remarkable performances both on and off the pitch. The NFL star Saquon Bakley was born in Bronx, New York, on 9 February 1997. He belongs to the nationality of Christian. Since his childhood days, he has been idolizing the running back player Curtis Martin. In 2016, Saquon Barkley was selected as the semi-finalist for the Maxwell Award. Talking about the honors and awards, to date, he has achieved a lot in number. We will discuss a few of his achievements in a while.

Looking into the love life of Saquon Barkley, he has someone very special in his life. Yes, you read it right. We will get to know more about his lady love in this article. He is considered as one of the top-level NFL athletes. Thus it is very common for him to be on the radar of a lot of pretty girls. Surprisingly, despite being so popular among the girls, he is quite dedicated to his girlfriend. It seems like the young NFL athlete is a loyal partner. Who is that lucky girl? Stay with us till the end! Let’s dive into this article now.

Saquon Barkley is an American football running back for the New York Giants. He is considered one of the top NFL players of recent times. Born on 9 February 1997 in Bronx, New York, the zodiac sign of Saquon is Aquarius. He was born to Alibay Barkley and Tonya Johnson. Looking into his education details, he attended Whitehall High School in Pennsylvania. Thereafter, the athlete joined Penn State College, where he played college football. Since his childhood days, he has been interested in sports. He is also a master of basketball and has a letter in track and field at Whitehall. 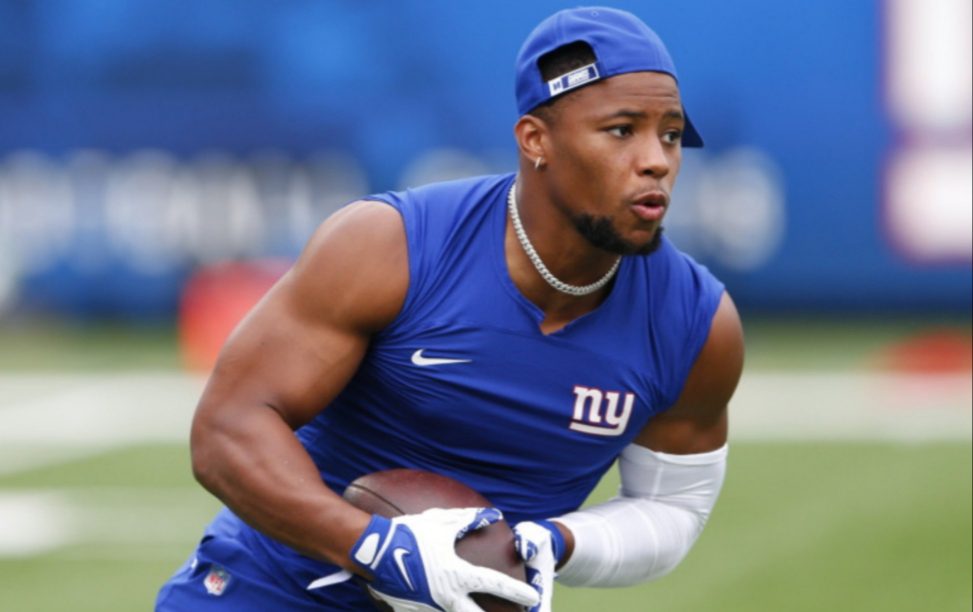 Also read: Carl Nassib Boyfriend 2021: The NFL Player Has A New Man In His Life!

You will be very much surprised after knowing this. The NFL star, Saquon Barkley, despite being so famous, is still dating his long-time girlfriend. He has always been very much open when it comes to his romantic relationship. His lady love is Anna Congdon, known as an Instagram model and social media personality. She studied at Pennsylvania State University in the field of nursing. As of 13 October 2021, her Instagram account holds 96k followers. The young stunning blonde bombshell Anna is making her fans cheerful with her eye-catching content on Instagram. 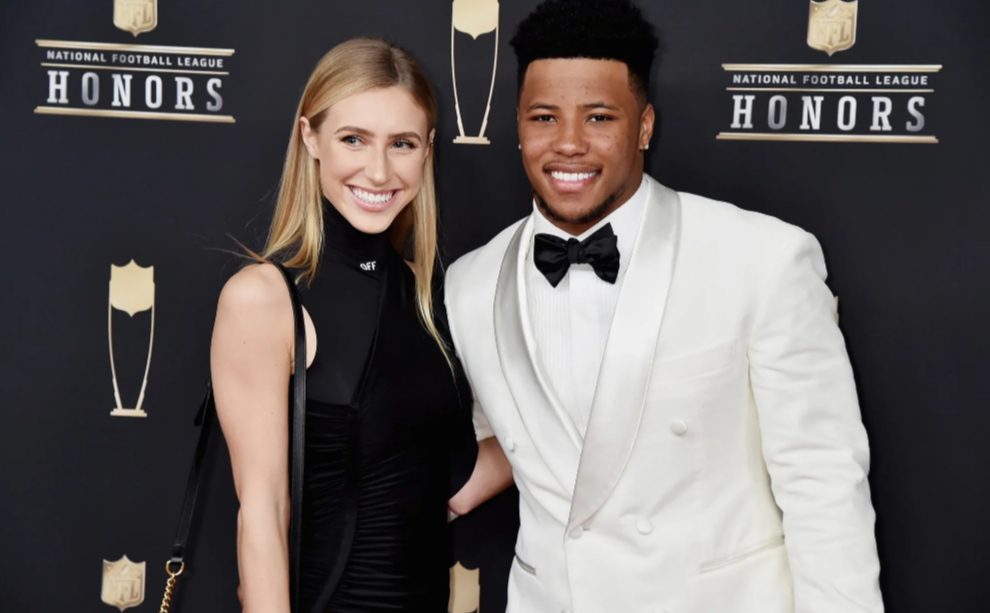 Saquon Barkley, the NFL Star with his long-time girlfriend Anna Congdon in an award show

The happy couple met each other in 2017. Their understanding is to the next level. Meanwhile, there have been rumors about the being be on the verge of their relationship. Also, it was rumored that Saquon Barkley had cheated on the Instagram model. Fortunately, this was never the real scenario. They are quite happy, and it’s been 4 years since s they have been dating each other. Moreover, they are not afraid of making public displays of affairs. You will be glad to know that the couple is blessed with a very cute, pretty daughter Jada Clare Barkley. Despite this, they aren’t interested in getting engaged in marriage. It seems the NFL star’s love life is as smooth as his career. We wish them good luck for the upcoming days of their lives.

Also read: Colt McCoy Net Worth: One of the Richest NFL Players in the History of Football