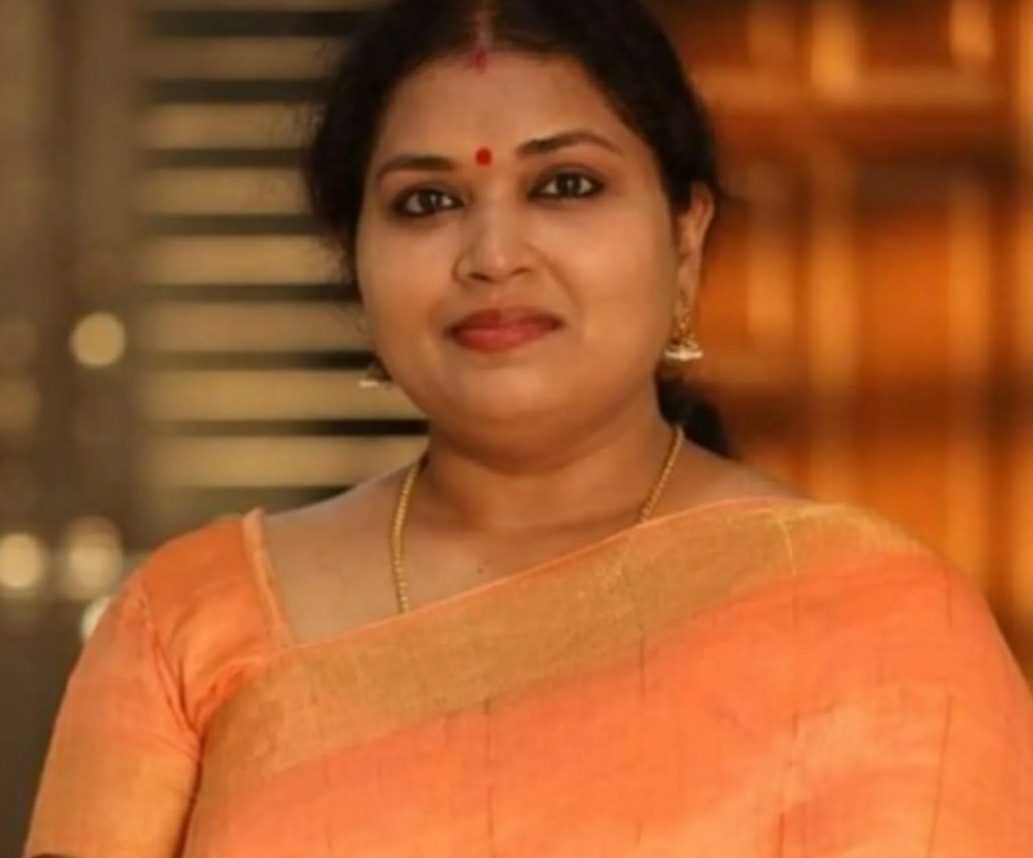 The playback singer, Sangeetha Sajith has passed away and left her fans in shock. She gained massive prominence from her song ‘Thanneerai Kathalikkum’, composed by another musical legend, A.R. Rahman.  Some of her other famous songs include- Neeraarum Kadalludutha, Hridayam Karanjappol, Manamagiyiu Dinam, Omkara Nayagiyae, Sambarala, and many more. Even her last work, Kuruthi was a major hit. Since the beginning of 1990, Sangeetha was highly active in the South Indian music industry and delivered us some best creations.

She has lent her outstanding voice to various songs from Tamil, Malayalam, Telugu, and Kannada. Sangeetha Sajith’s death at this early age has been a piece of very disheartening news to everyone. Let’s dig in more to learn what happened to her.

Sangeetha Sajith Passes Away at 46: Everything To Know

The veteran South Indian singer, Sangeetha Sajith passed away on 22 May 2022. She was then 46 years old. It has been reported that she died in Thiruvananthapuram, at her sister’s house. The major reason for her death was that she was suffering from kidney-related ailments. However, she was undergoing treatment for the same. Well, we have to accept our destiny. Her funeral took place at the Shanthikavadam public crematorium in Thycaud, Thiruvananthapuram, the yesterday evening.

Several artists from the industry paid their tribute to Sangeetha Sajith on social media. Even Jakes Bejoy paid his tribute to Sangeetha, mentioning the songs she had sung for him. It said, “You were always so sweet and warm. It was a privilege I could work with you on this track.” Little did you know, Sangeetha Sajith had also received a gold chain from the late Tamil Nadu Chief Minister, J Jayalalithaa for her fantastic song “Gnana Pazhathai Pizhinthu.”

May Sangeetha Sajith’s soul rests in peace. Condolences to her family members and close ones. It’s very disheartening news for the fans as well. Her death has been a major loss to the South Indian music industry. Even though this outstanding playback singer is not here, we still believe to have her with the great musical creations that she has gifted us to date.