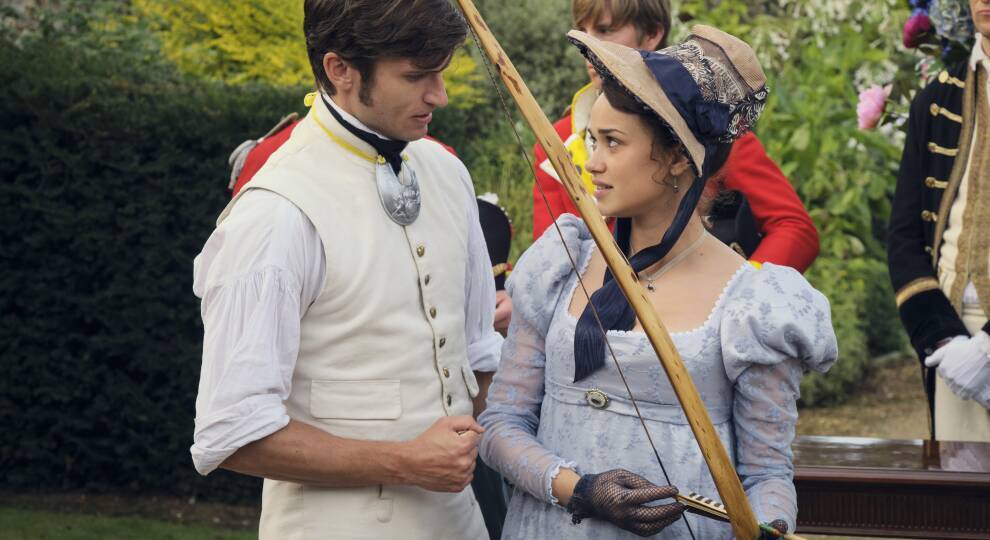 The focus of Sanditon Season 2 Episode 4 is Lady Denham’s summer garden party, which contains everything you could desire from a show like this: Multiple men battling over their mutual desire for the town’s apparently single suitable woman, a near-drowning after the proposal, a mainly fake sugar boycott, and a melodramatic archery tournament pitting Charlotte’s two new love interests against each other.

And this episode is quite entertaining: when the lonely Mr. Colbourne finally decides to come to the party with his niece Augusta, Colonel Lennox reveals a surprising level of pettiness. Georgiana’s statement on the horrors of the slave trade is accurate, but I think it will keep the town’s sweet hunger at away for more than an afternoon of boasting about how nice everyone is. Everyone attempts to convince Allison that her new partner hasn’t been totally honest with her, yet she refuses to accept them until he nearly drowns her in the pond. Everyone gets to walk about in pretty spring dresses in wonderful weather, and you’d never guess that half the participants are unhappy and the city is broke.

At the beginning of Sanditon Season 2 Episode 4, Augusta passed out due to her corset being too tight, and Francis was the one who caught her. Alexander made Francis remove his hands from her, and Charlotte assisted her in loosening the knots inside. While they were alone, Augusta noticed Francis’ affection for Charlotte, but Charlotte pretended she hadn’t noticed. Francis, on the other end, made a point of getting under Alexander’s skin by telling him Augusta looked like her Aunt Lucy, the first lady the two had battled over, which angered Alexander. The colonel then challenged Alexander to participate in Lady Denham’s archery contest, which Alexander unwillingly accepted to do in order to impress Charlotte. 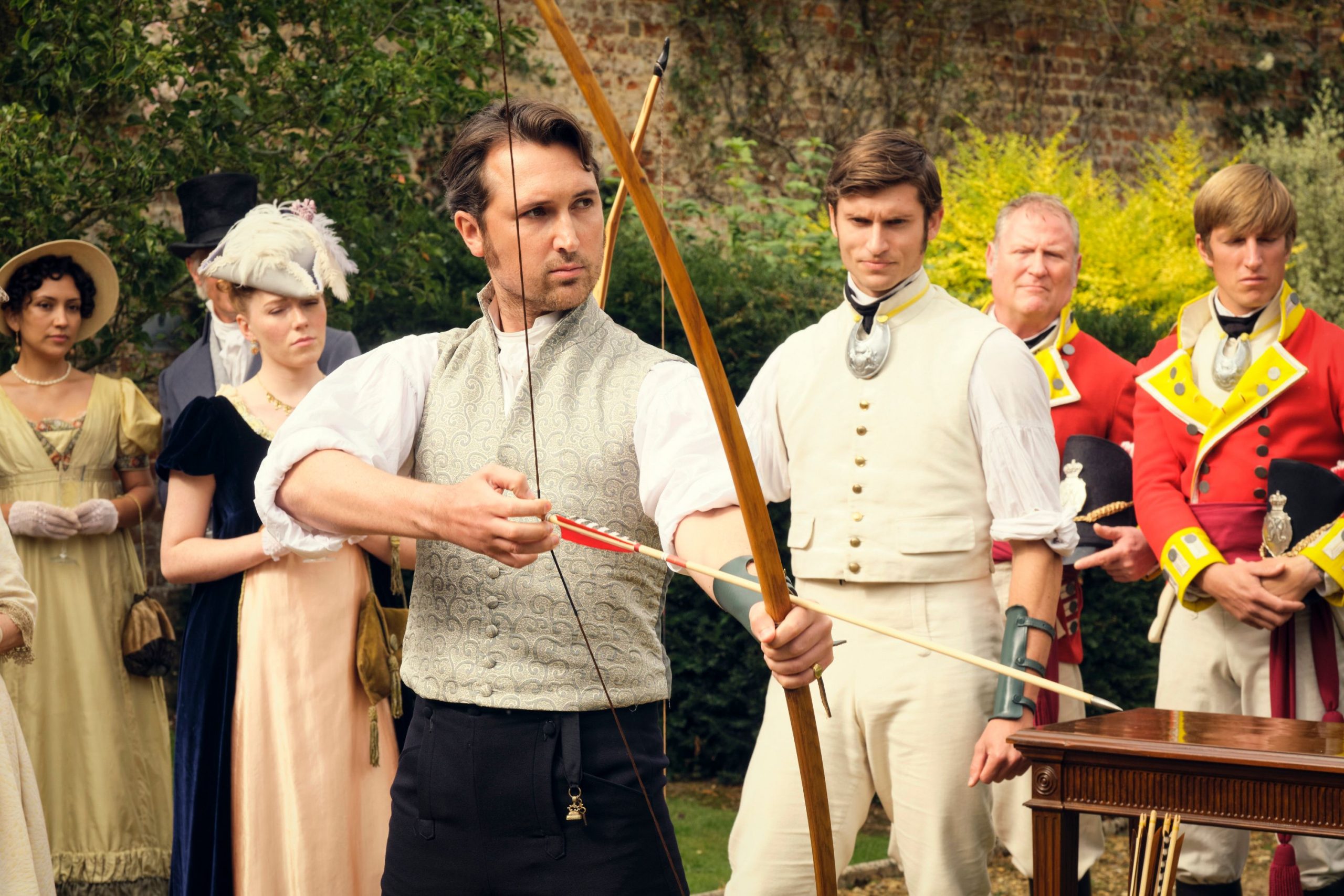 Then Francis decides to convert Charlotte into a decoy and have her aim his final arrow, the two were pretty much tied. He also tried to get to know Charlotte and teach her how to aim, but Charlotte clearly knew how and shot the bullseye. Unfortunately, when an embarrassed Alexander tried to convince her to do that to him, she failed utterly because she isn’t a circus performer.

Francis reached out to rub more salt in Alexander’s scars, but Alexander declined to hold his hand. “All is fair in love and war,” the military officer murmured, “but then, I’ve known both, and you’ve known neither.” Augusta and Charlotte followed a furious and embarrassed Alexander as he rushed away. Charlotte responded angrily that Francis paid her salary but did not own her, and Alexander told her not to waste another second in his company. When Francis appeared and gave her a “I told you so” smile, Charlotte began to question if he was correct about Alexander after all.

Who Is Right For Charlotte?

Charlotte is still confused between the man everyone believes she should have been with (Lennox) and the one she certainly desires (Colbourne). How else would Lennox suddenly grow so completely comfortable with literally ripping off the entire neighborhood? The series is doing its best to push us in its desired route. —-but, sadly, Colbourne isn’t doing anything to help himself here, preventing Charlotte from ever meeting Lennox again and being really off-putting in general that it’s no surprise he doesn’t leave his house very often. I’m not sure Sanditon intended to persuade the public that Sidney Parker was always the greatest choice for the leading lady’s love interest, but even in death, he often comes off as better the guy.

But I’m somewhat irritated that Sanditon felt it necessary to attempt to make Colbourne more likable by making Lennox look worse, mostly because the kind soldier we saw in the season’s initial episodes turning out to be quite a jerk is just so disappointing and lame as a plot twist. With Colbourne and his girls making their way to be Charlotte’s future family is huge, I’m not sure why this was all required. Instead of being a bad person, can’t somebody just be…I don’t know, not completely right for someone else? 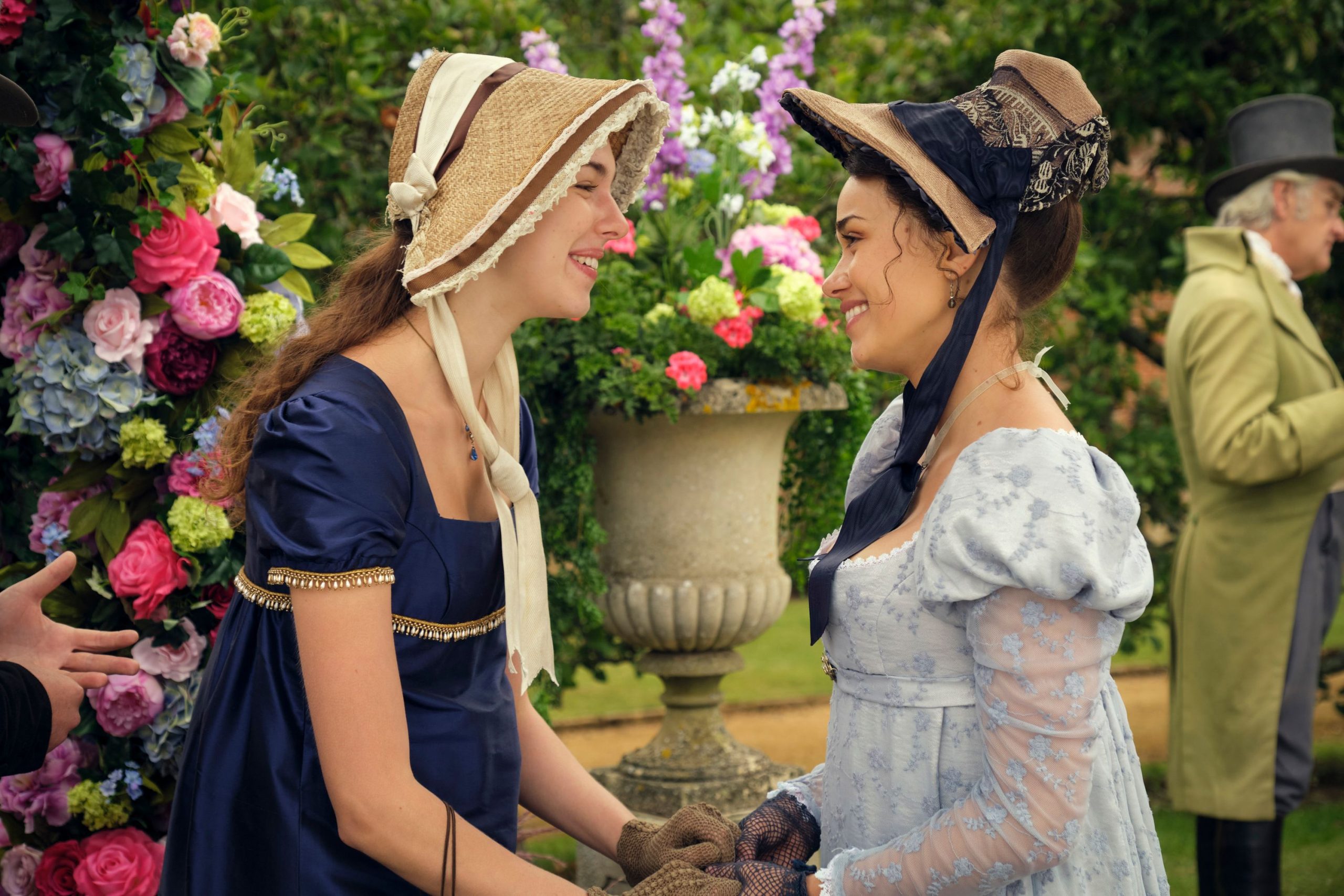 Allison is busy living her best life, believing that her handsome army captain is set to propose to her, a truth that only serves to make her look like a clueless idiot every time someone else discovers that Carter is misleading her about practically every personal truth he’s ever shared with her. Allison’s determination to believe in love and romance, especially after witnessing her sister’s experiences with Sidney, is almost ridiculously tragic. She certainly has a good heart, but in order for this plotline to function, the series requires her to be dumber than what we have any reason to think she should be.

Side note: Why doesn’t Carter dive in when Allison slips out of the boat? I thought that was because he really can not swim, but wouldn’t become a warrior have needed him to learn how to swim at some point? Is he just so much of a jerk that he wouldn’t sacrifice his life for some lady who, in his eyes, was probably replaceable? At the very least, Captain Fraser, Allison’s evident endgame fiance, gets the chance to weirdly share his emotions in this episode, though he tries to pretend he’s talking about a certain nameless random person he knows something from, a cute cliche that probably wouldn’t have worked on anyone even slightly more earthly than the fairly young Heywood sibling.

His concern for Allison is genuine, but I had to bite my tongue at his statement that he knows the “true her” just because they exchanged words at a few public events. Okay, my gentleman. Sure. But, on the plus side, Allison is far more entertaining to watch when she’s being herself around Fraser than when she’s sulking after Carter, so I’m looking forward to more of their inevitable reunion. 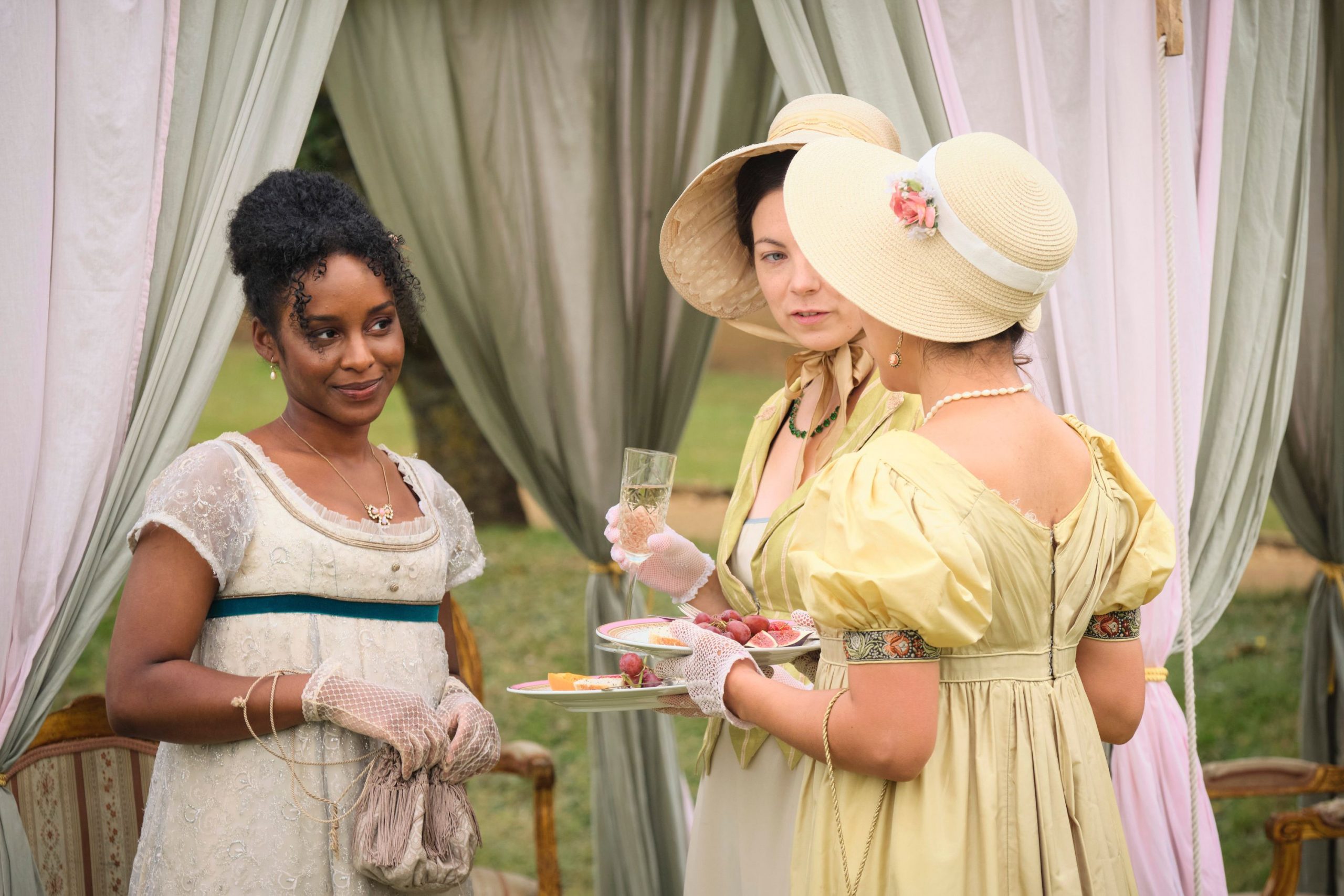 Georgiana For Her Inheritance

In Sanditon Season 2 Episode 4, we finally have some kind of explanation for why Sidney traveled to Antiqua. Georgiana’s unknown (white) relative apparently decided to throw doubt on her birth certificate, saying that she is ineligible to inherit due to her (Black) mother. Georgiana is justifiably outraged because it’s a sneaky way of declaring her illegitimate. Because to Sidney’s efforts, the lawsuit was delayed in Antigua’s courts. However, the concept that her parentage is being brought into question by (white) members of the family who plainly want to acquire her riches is, unfortunately, true, and one can only hope that this is the narrative through which Georgiana will ultimately become a fully developed character.

This is, of course, why and how this episode wastes the majority of Georgiana’s screentime on the extremely weird relationship Sanditon appears to be established between Georgiana and the artist Charles Lockhart, who devotes the afternoon trailing her and attempting to draw her for reasons. Again, this narrative would be more exciting if it was about Georgiana deciding that she’s wealthy enough and secure enough in her own skin to do whatever she wants, and if that means marrying a crazy Bohemian painter and brazening out the social disgrace that comes with it, then so be it, but it… doesn’t appear to be about much of anything.

Lockhart argues that he appreciates Georgiana’s enthusiasm and sees her for who she is, but there’s something to be said about the fact that he’s the first man in town who is completely uninterested in her money. (Or, at the very least, who claims not to be.) However, as great as it is, the only thing they appear to see in common is that they’re both outcasts. While entire relationships have been based on less when did Georgiana realize she liked this guy enough to spend time alone with him, let alone kiss him? 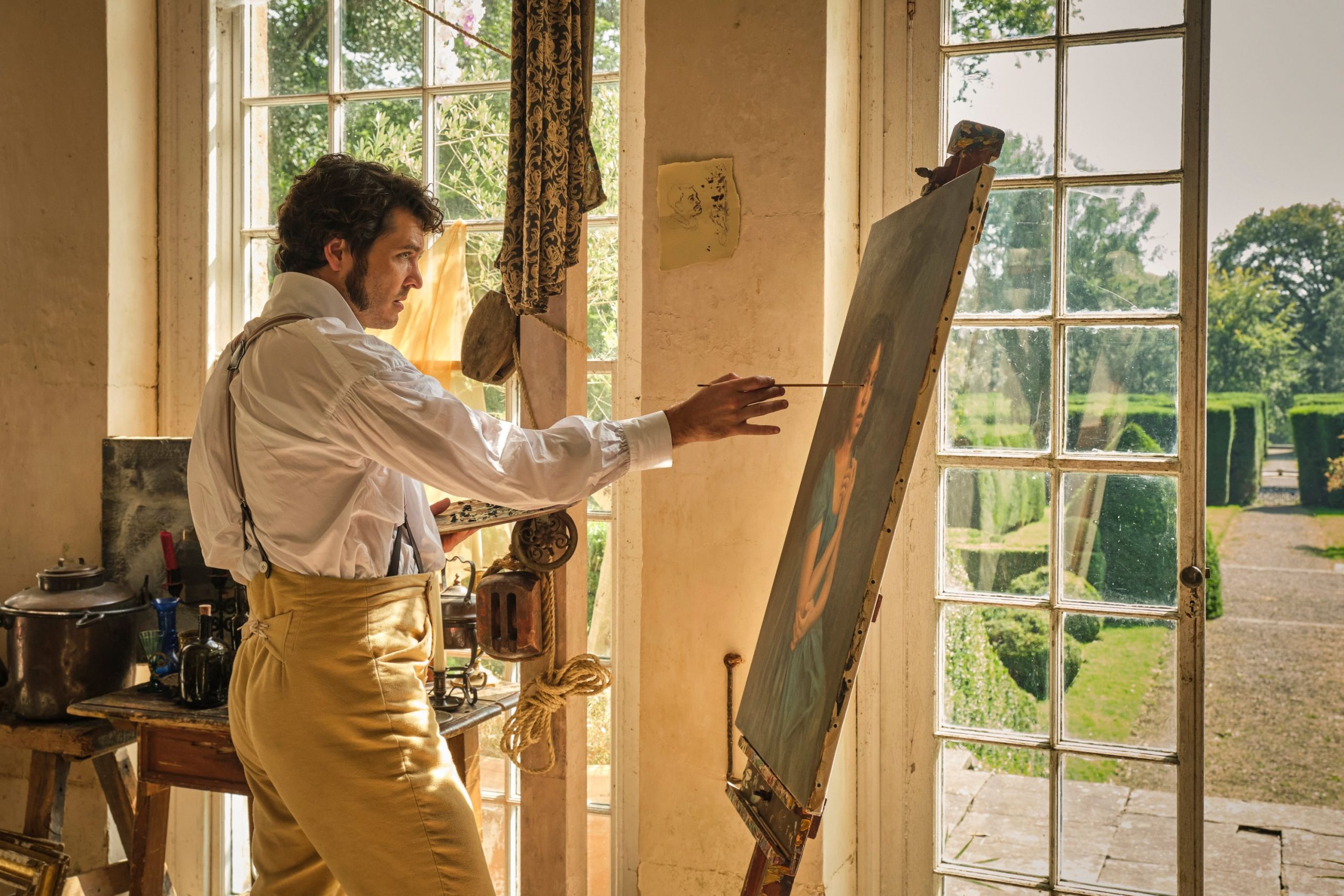 That said, while Georgiana’s story isn’t exactly what I had hoped for her this season, it’s certainly better than Esther’s, who is forced to watch a woman she despises be a willfully irresponsible mother to the kid she desires above all else. As if that weren’t awful enough, Clara is dissing Esther’s kindness by collaborating with her scumbag stepbrother to try to drive her insane so that the two of them may take her inheritance, as Lady Denham would never leave her wealth to a crazy relative. No one on this series deserves Esther; she deserves a good narrative than this, and I despise them all, end of the story.

As we come closer to the end, hopefully, Sanditon Season 2 Episode 4 was an episode that truly set things in motion. We believe we’ve had enough opportunity to get to know the different characters and get a proper overview of the setting now that we’ve watched four episodes. Do we believe this season had some early roadblocks? Sure, but some of them were due to the lengthy layoff and the loss of Theo James. However, we believe the authors are moving forward at full speed at this moment, and we’re interested to see where things go from here.