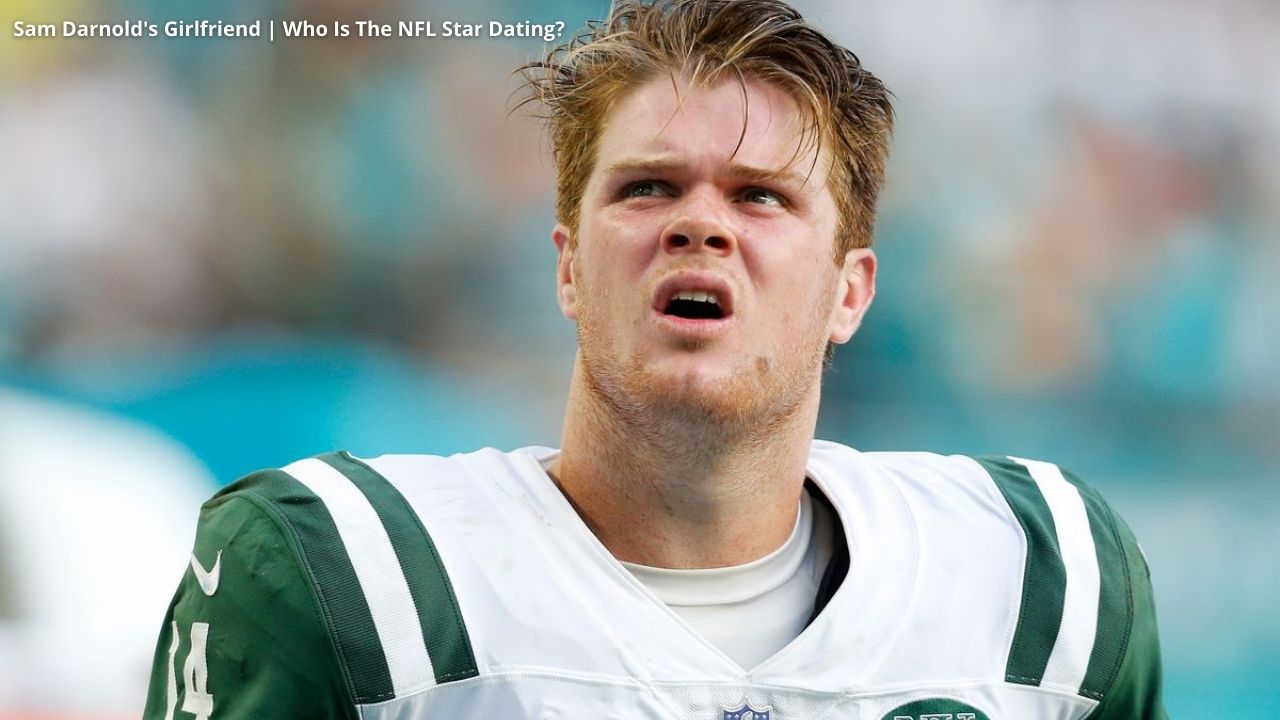 One of the rising stars in the NFL, Sam Darnold may have a storied career to look at as he grows further. The athlete certainly comes with a talent of his own that takes inspiration from different sports. Darnold’s love for sports began with basketball at a very young age. The same was transitioned for baseball during his high school days and the same love continues to come in the form of the NFL. Apart from his budding career, the young man’s love for a girl is kind of a question flirting around. So who is Sam Darnold’s Girlfriend? Is he dating someone? Let’s find out.

Well, to be clear, Sam Darnold is one of the most private young sports personalities around. So he had kept that one under wraps. If something you can find on the internet is only his stories of becoming an up-and-coming NFL player. But that didn’t mean he doesn’t have someone in life. It goes back to the time in 2018 where this couple actually become a thing to set your eyes on. But since then there has been a pretty downfall. So the question is Sam Darnold still dating the girl which was probably his first committed relationship. Let’s find out.

Who Is the Girlfriend Of Sam Darnold?

Sam Darnold is single again and doesn’t have a girlfriend at the moment. The NFL star recently broke up with Claire Kirksey. Their dating goes back to 2018 when they started appearing together frequently. At the moment, it seems the couple has walked away from each other. They don’t appear on their Instagram handles either. On top of that, Claire Kirksey seems to be with someone else now. Kirksey’s Instagram is showered with love for a man named Liam McCloskey. In an Instagram post, she claims she met at a bar in Alabama. So she is probably dating him now. 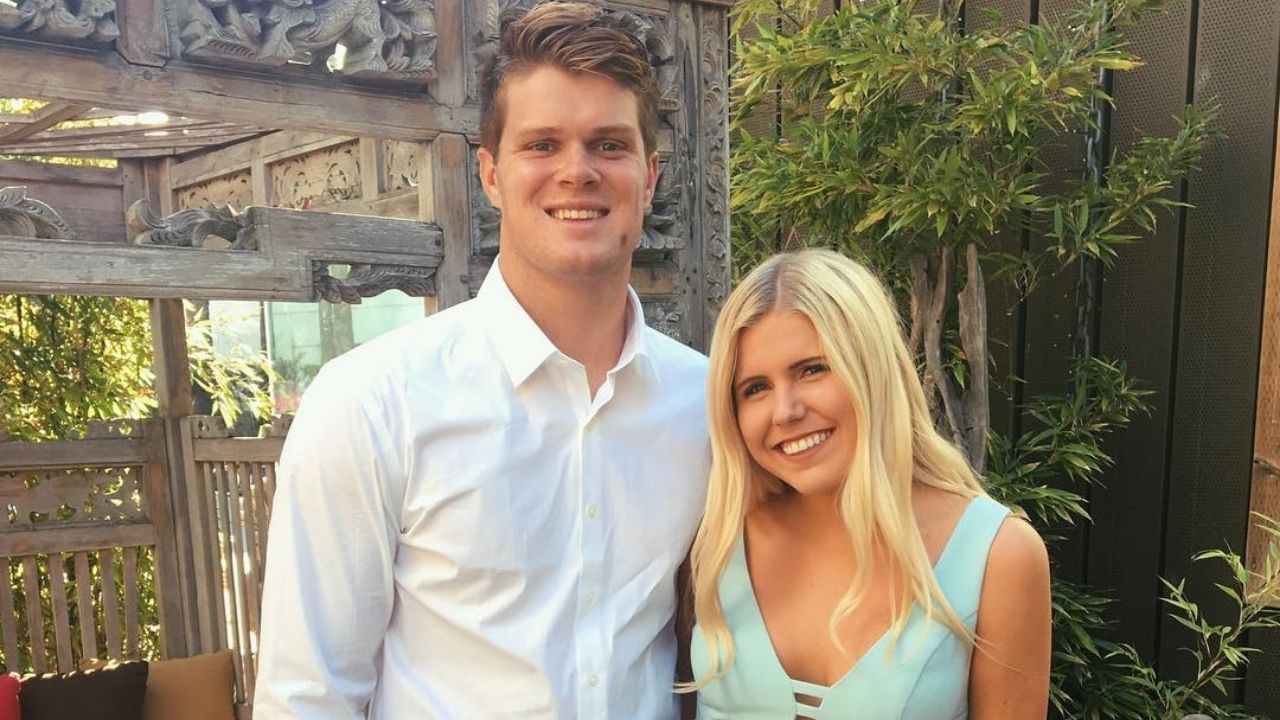 A proper reason why Sam Darnold and Claire Kirksey decided to part ways remains under wraps for now. Although there were already rumors initially too of Claire being with someone else. But they stayed rumors as she continued to show her love for Darnold until now. Back then with Darnold, they both had some of the best times of life with each other. Let it be the concert at Greek Theater in Los Angeles or meeting Country Music Superstar Sam Hunt.

Claire Kirksey was probably Sam Darnold’s first relationship off the college. Apart from her, he seems to have dated another sweetheart Summer. But that’s it, Sam Darnold is pretty much private when it comes to relationships and hasn’t shared intricate details about his personal life much.

Also Read: Ezekiel Elliott’s Girlfriend: Who Is The Footballer Dating In 2021?

More About Sam Darnold And His Career So Far

Sam Darnold is one of the fastest rising stars in the National Football League (NFL). Hailing from Dana Point, California, he grew up playing basketball at a younger age. Then baseball too when he attended San Clemente High School in San Clemente, California. After wrapping up the freshman year, Sam Darnold started picking up football and basketball altogether. Darnold’s basketball coach Marc Popovich helped him translate his basketball skills into football. Darnold played wide receiver and linebacker when it comes to football.

Post his career at Highschool, Sam Darnold was offered a scholarship to play college football from schools like Oregon, Utah, Northwestern, and Duke. After witnessing his gameplay, USC coaches Clay Helton and Steve Sarkisian were impressed and offered an extension on the scholarship. The successes transitioned into a successful football career in College with Darnold winning the Archie Griffin Award, and o the Football Writers Association of America’s Freshman All-America team. 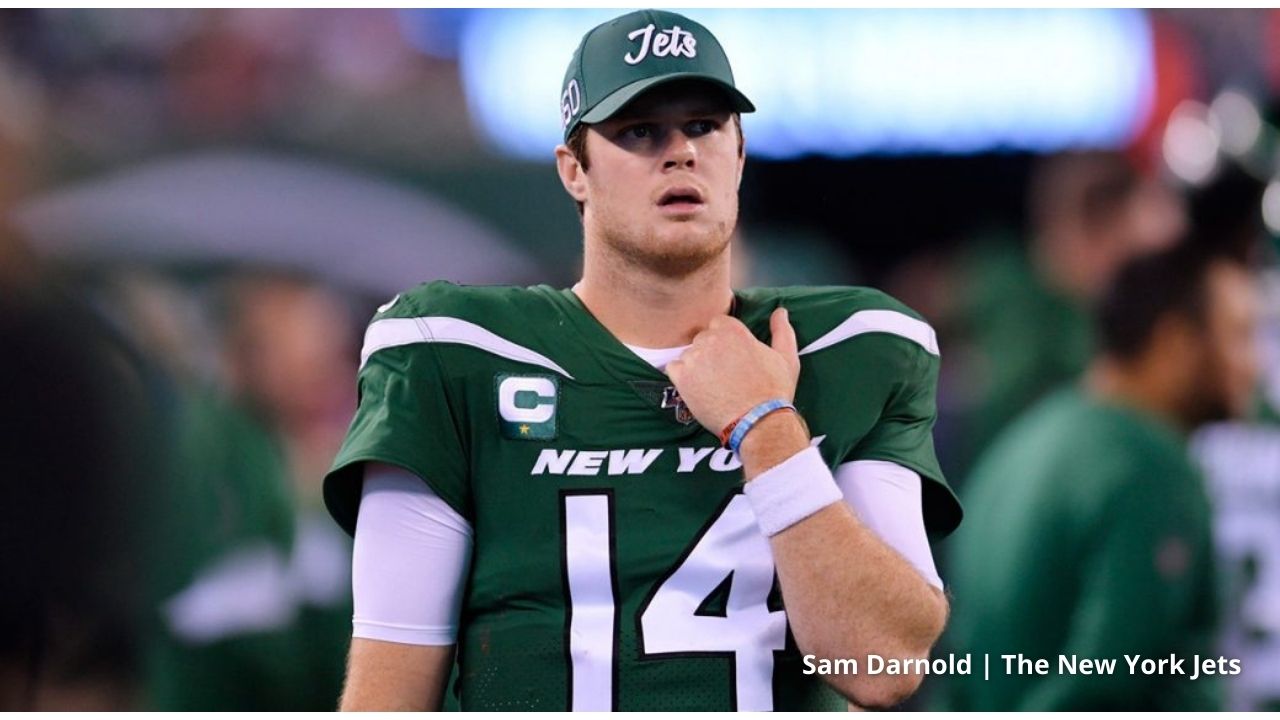 San Darnold During His Stint With The New York Jets

Talking about his Professional Football Career, New York Jets selected Sam Darnold. He made his professional debut on August 10 against the Atlanta Falcons and his first regular season a month later. Darnold was the youngest opening-day starting quarterback since the AFL–NFL merger. He has gone on finish the 2018 season with 2,865 passing yards, 17 passing touchdowns, and 15 interceptions. In 2019, he finished with 3,024 passing yards, 19 touchdowns, and 13 interceptions and had 33 carries for 62 rushing yards and two rushing touchdowns.

Similarly, Darnold finished the 2020 season with  2,208 passing yards, 9 touchdowns, and 11 interceptions. Then there were 217 rushing yards and 2 rushing touchdowns in 12 games as the Jets finished 2-14. Since then, Darnold was traded to Carolina Panthers as of 2021.