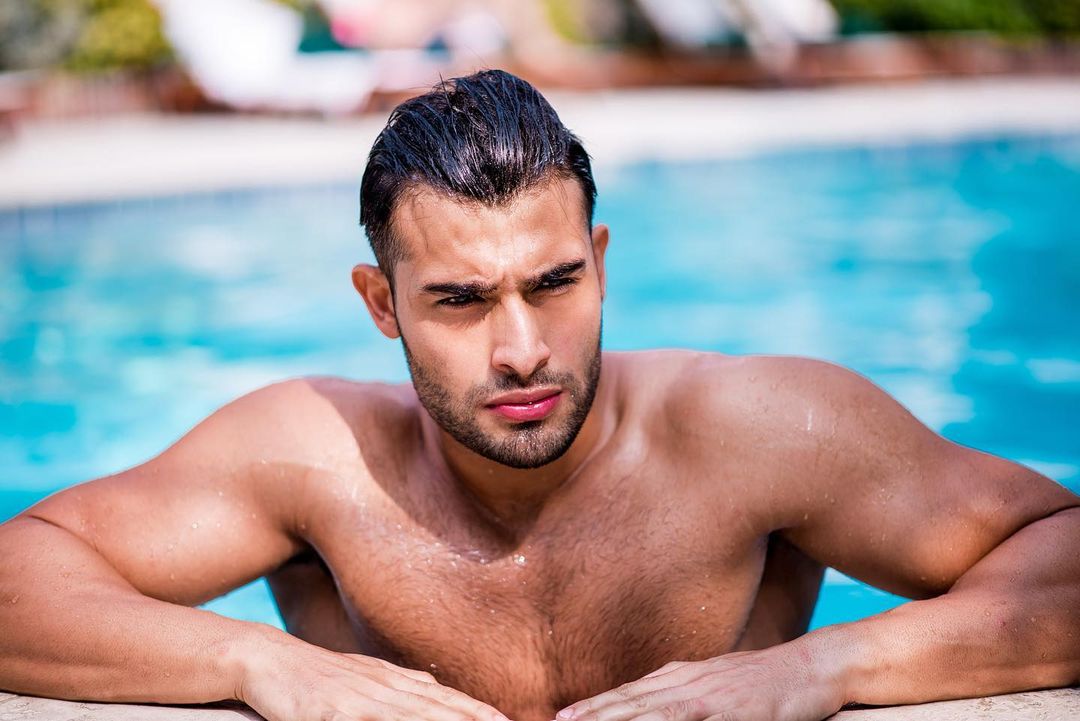 Who is the man that has finally stolen Britney’s heart? What is the story behind Sam Aghari’s and Britney Spears’ engagement? How much is he worth, and what is his back story? Hesam Asghari, more popularly known as Sam Asghari, is a fitness trainer, model, entrepreneur, and actor based in America. Born in 1994, he is 27 years old and was born in Tehran, Iran. He is famous for being the long-term boyfriend turned fiancé of Britney Spears.

Netizens around the globe have become curious about him due to his recent engagement with Britney Spears. Spears, who has had a traumatic history with romantic relationships, has finally let the Iranian-American trainer put a ring on her finger. Thus, almost everyone on the internet is curious about the kind of man, Asghari is.

Keep on reading to know the inside story of the romantic duo’s engagement and all that there is to know the pop star’s fiancé himself.

Sam Asghari has a net worth of $1 million, which he has accumulated over the years as a model, actor, and personal trainer. He is the owner and founder of Asghari Fitness, which is a members-only program that offers clients individualized diet and fitness plans.

After the news of their engagement was made public, Britney’s fans were worried if Asghari was taking advantage of Spears and making money off of her conservatorship. However, Asghari, who has supported Spears against her fight to end the conservatorship, has made it clear that such is not the case.

Also read: Camila Cabello Net Worth: How Rich Is The Singer?

Asghari was born on 4 March 1994 to his father, Mike Asghari, and mother, Fatima Asghari, in Tehran Iran. His father was a truck driver, and his mother, a homemaker. He is the youngest of the four siblings and is the only son of the Asgharis. Sam shifted to Los Angeles, United States of America, along with his whole family in 2006, when he was just 12 years old. He has been a sports enthusiast since his childhood days and was a football player in his high school, Westlake High School. He pursued his graduation from Pierce College Library in Criminal Justice. After graduation, he began focusing on sports and later on became a professional fitness trainer.

Also Read: Where is Kevin Federline Now? The Feud With Britney Spears

Sam Asghar, who is a personal trainer, has founded the company, ‘Asghari Fitness’. Before working as a personal trainer, Asghari had worked as a bouncer, salesperson, and clerk. As a model, he has made it to the cover pages of many magazines and also collaborated with companies to promote their brands on his social media handle. He has also modeled for Toyota super bowl commercials, Palm Springs, and many more. As an actor, he has appeared on a variety of shows and music videos. He has made an appearance as a construction worker in the music video ‘Work from Home’ by Fifth Harmony feat. Ty Dolla Sign. He also appeared in the music video ‘Slumber Party’ by Britney Spears feat. Tinashe. He has also acted in the Tv Series NCIS, Black Monday, The Family Business, Can You Keep a Secret? and many more. 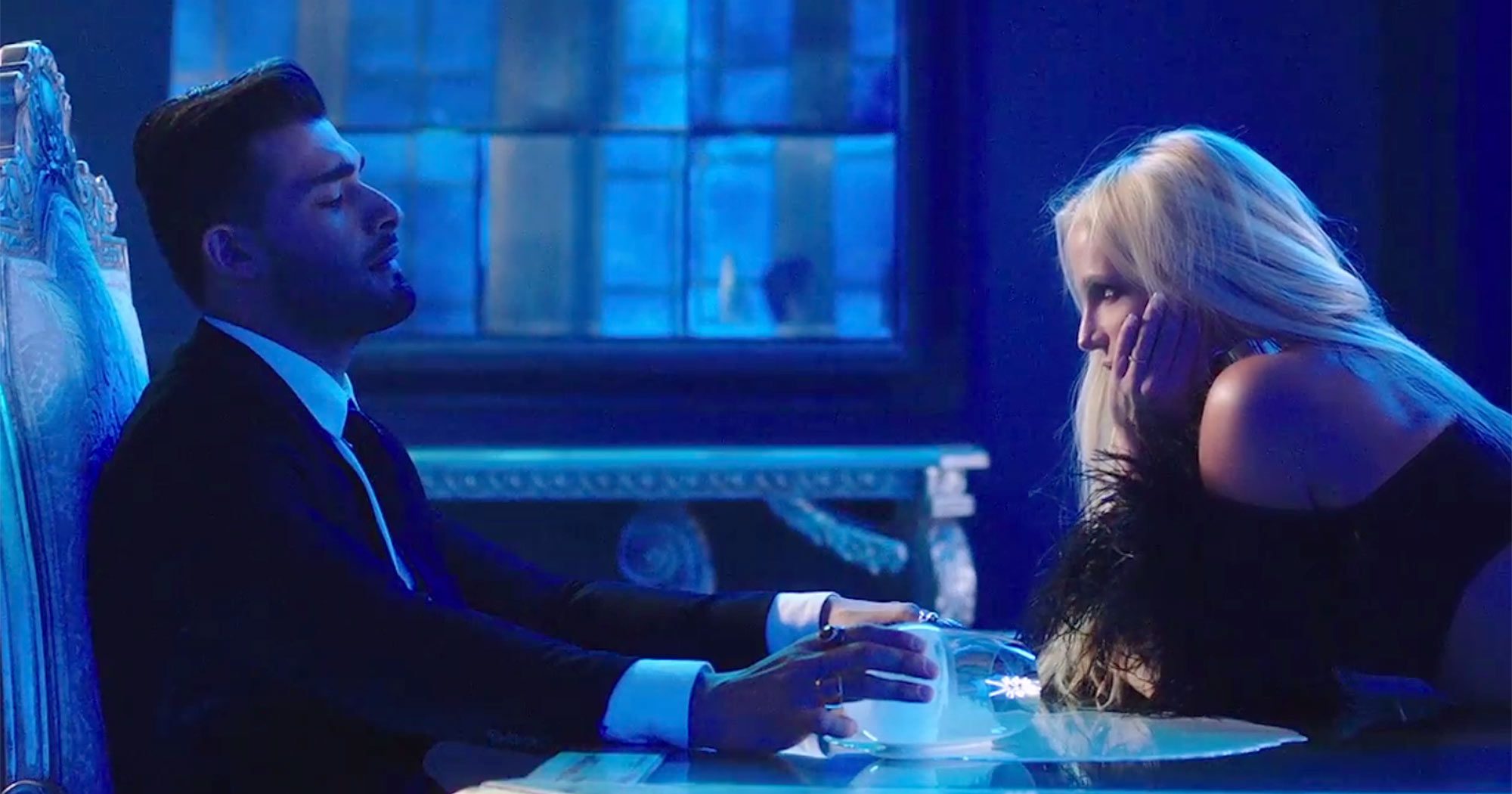 A still of Sam Asghari in the music video, ‘Slumber Party’ by Britney Spears feat. Tinashe

Sam Asghari, being born in 1994, is 27 years old. He stands at the height of 1.88 m and weighs around 90 Kgs. Being and Iranian-born, his roots can be traced back to the Persian ethnicity.

On relationship with Britney Spears

Sam Asghari met Britney Spears in 2016 on the set of her music video, ‘Slumber Party’, and was immediately charmed by the pop star. There was instant chemistry, and they started dating each other soon after. They have been in a very happy relationship since and are practically perfect. In 2017, they came out to the public about their relationship through the gram and became an instant source of curiosity. The couple Before being engaged to Sam Asghari, Britney had been in a marriage with Kevin Federline from 2004 to 2007 and Jason Allen Alexander for some months in 2004.

Since 2016, Asghari has steadily been in a relationship with Spears for 6 years and proposed to her in 2021. The ring with which he proposed has also become a matter of gush-gush as it is a four-carat diamond ring with the word, ‘Lioness,’ his pet name for Britney engraved on it.

Sam Asghari has always been supportive of Britney in her fight against her father and has been her rock for years, and plans to keep doing so. We wish the best for the couple and hope that all girls find a keeper like Asghari to treat them like a Queen.

Also read: Britney Spears Net Worth: What You Need To Know About This Singer