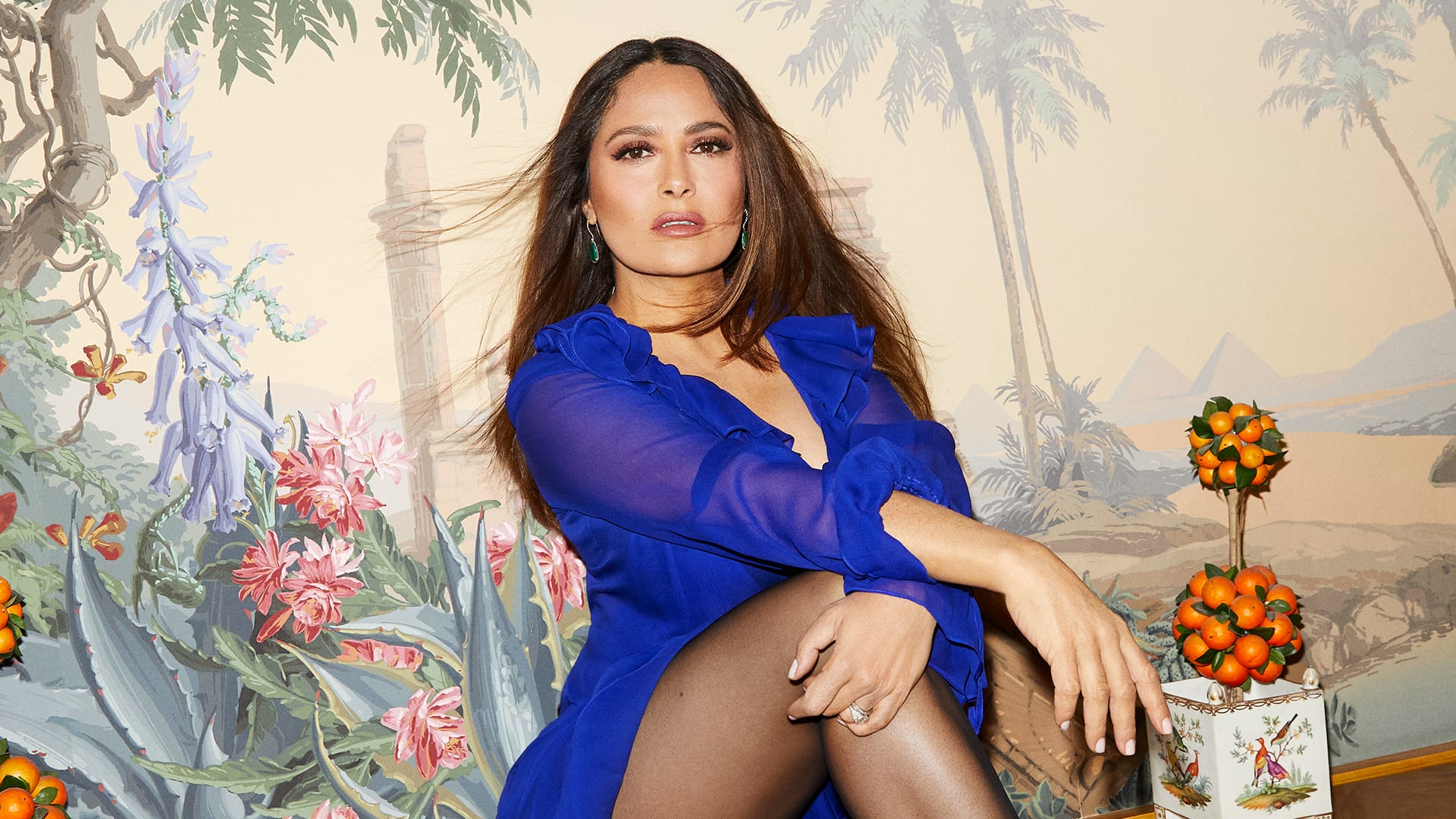 There are ongoing speculations about Salma Hayek Fake Breasts Rumours. Popular actress Salma Hayek has been gaining prominence in Hollywood for her meticulous acting. She has been industry for more than a decade and still managed to grab eyeballs. The stunner has been looked up to for her gorgeous appearance that fans got to see. Fans were stunned to see Hayek as she starred as the stunning love interest in Desperado back in 1955. Now the actress has big projects coming, including the much-awaited Marvel flick Eternals.

The movie revolves around a group of Immortals on Earth whose leader is Ajak, played by Hayek. However, the 54-year-old stunner has been subjected to various allegations and speculations. Many have pointed out that the actress might have gone under the knife to get breast implants. The actress has addressed these rising speculations and talked about them at length. It seems like it about something else that led to the transformation. We will find out the whole controversy behind Salma Hayek Fake Breasts Rumours.

The actress recently opened up about all the rising speculations in an exclusive interview with Jada Pinkett Smith, Willow Smith, and Adrienne Banfield-Norris on a recent episode of Red Table Talk. She admitted that her body did do through some significant changes over the years which include her breast issues. However, the star revealed that it is not because of any surgery. Hayek enlightened many by revealing that she has menopause. Further adding how it led to these significant changes including her breast size. 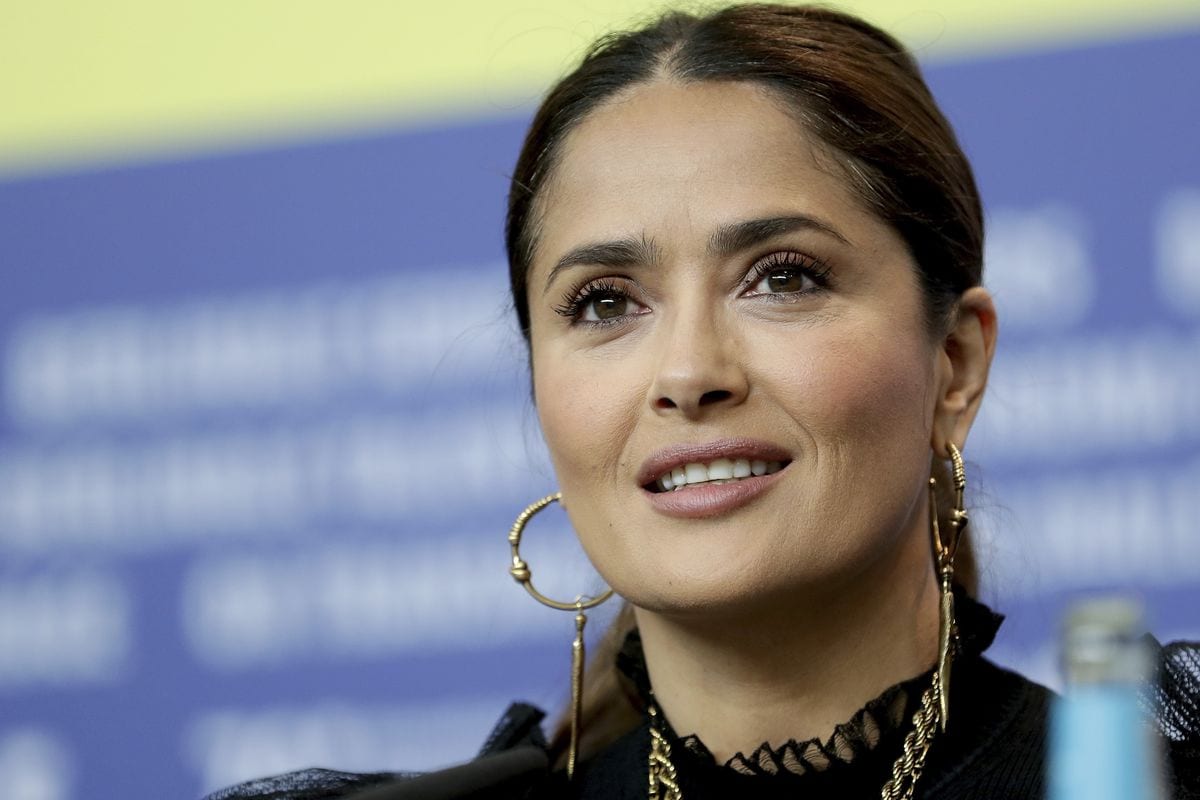 The Eternals actress further said that breast size increasing due to menopause is something that not many are aware of. Hayek admits that she also experienced weight gain and other physical changes due to menopause.  The star also admitted that she has been suffering back pain because of the additional weight on her chest. Salma Hayek is currently working for The Hitman’s Wife’s Bodyguard. Salma Hayek is all set to star alongside Ryan Reynolds. She is also a part of an HBO Max series that will aptly shed light on how menopause can lead to some unknown bodily changes including breast size.

Don’t Miss Out on Salma Hayek In The New HBO Max Project!

The Hitman’s Wife star is talking about the female body and all the facts that are not quite talked about at length! Yes, the actress will be a part of HBO Max’s next project that is based on a novel by Leslie Lehr. The series has already been released on 2nd March. Take a little sneak peek into the exclusive new chat session with Salam Hayek.

This week's guest at the Table is none other than the exceptional Salma Hayek! We've learned so much from having this conversation with her and hope you get a lot out of it too. ❤️ Check it out on @facebookwatch! pic.twitter.com/3XuKVAlgJC

While Salma Hayek has time and again opened up about the physical changes her body went through after menopause, this series holds grave importance. The half-hour comedy revolves around a woman named Leslie who finds herself in the middle of a surprise ahead of her 40th birthday. Leslie’s life takes an unexpected turn when her breasts start talking to her, and it forces her to look at herself from a completely perspective.

Salma Hayek Shares The Secret To A Happy Marriage!

Salma Hayek is happily married to billionaire CEO François-Henri Pinault for over 12 long years. While basking in marital bliss, the stunner revealed that an important key to a very strong relationship is to never say anything nasty to each other. While talking about her marriage in Red Table Talk, the actress explains that whenever there is conflict, they put all the energy into solving the problem rather than playing the blame game. 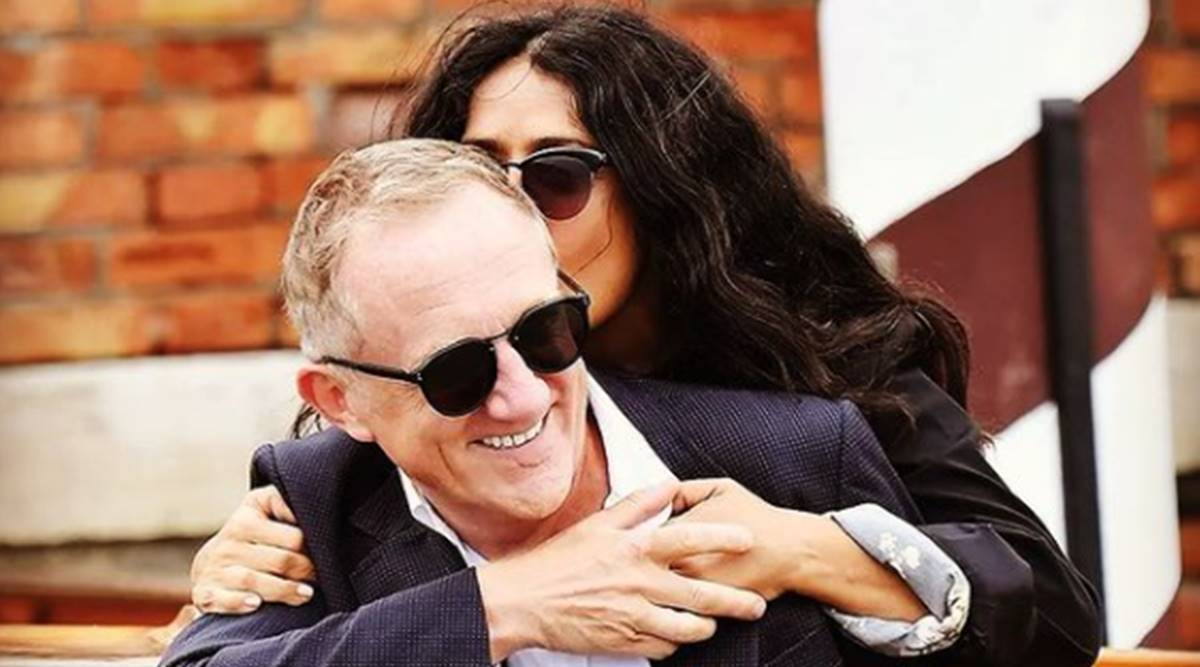 That is how they avoid uttering any nasty words and avoiding resentment in their marriage. The Eternals star recently addressed the allegations that she married her husband for money! While talking about it, the star admitted that it doesn’t bother her anymore! Salam Hayek will soon be starring on Ridley Scott’s House of Gucci. Hayek will be playing the role of the clairvoyant who was convicted after she helped Patrizia Reggiani( Lady Gaga) plan the murder of her husband.