Will The Makers Reach Their Labyrinth’s Destination In Episode 10 of SAKUGAN? 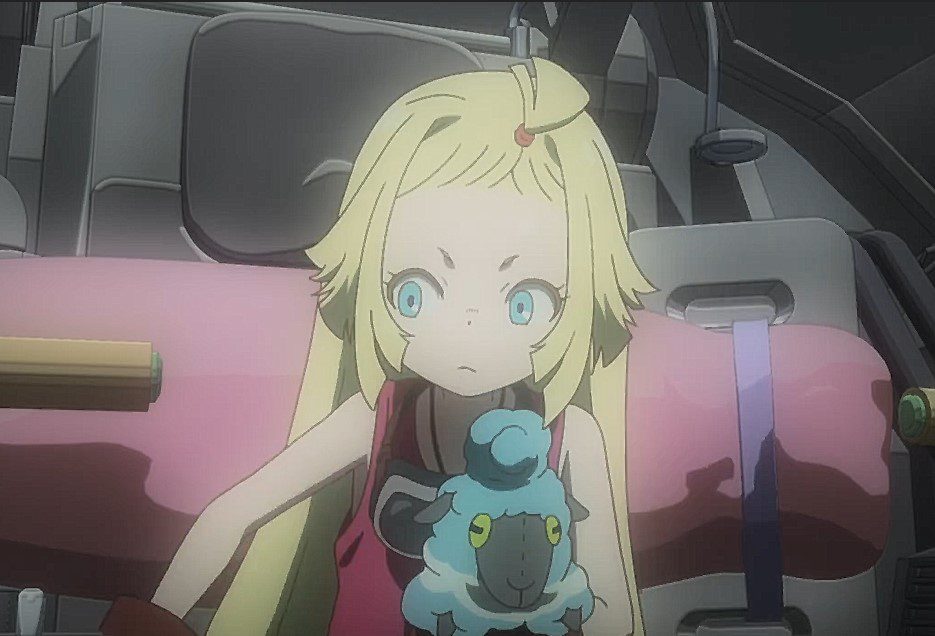 SAKUGAN Episode 10 reveals a mysterious girl entering the forbidden premises, but the soldiers tell her that no one can enter. The girl refused to listen and revealed her face. But she was masked and used a bomb to blast the building around. The soldier tries to drive her away and calls up for reinforcement. In SAKUGAN’s latest episode, the soldiers report to the HQ that the Shibitos are overwhelming them. They died before the reinforcement arrived, and hooded guys entered the premises. Later the reinforcement arrives.

The captain tells the leader of Shibitos to drop their weapons and surrender. But the leader wields a gigantic blade and slays all the soldiers with a single slash. In the Labyrinth, Mememphu and Gagamber are worried about the hot weather. Gagamber tries to kill the mosquitos that bother him. Mememphu realizes that they have to get used to traveling in such weather and reach the place in her dream. She is worried about the state of her group, but she can’t let them waste time like they do when they rest. Mememphu is glad that her father’s surgery was a success since his severed never were reconnected.

Yuri realizes a base nearby and asks Mememphu if she wants to stop at Manjumai Colony. Mememphu realizes that is the place where her father last met with his friends. Gagamber reminds her that it is hot and tired, and they can visit the Colony. Mememphu thinks that will delay them and tells the trio that she is not stopping. They have to continue until they reach their destination. Yuri reminds her that the dream place will not go anywhere, and they can drop in and get fruits and things to drink.

Yuri sees the flowers, and Gagamber realizes that many flowers in the Labyrinth are poisonous and tells him not to touch them. Yuri thinks that touching beautiful things is part of human nature. Mememphu realizes that she had a nightmare where she saw her father dying, and she has never told him about that. She wonders if he will take her seriously if she tells him about her dream. The crew decided to great, and Mememphu sat with her father and enjoyed eating noodles. She wonders if she has to tell him.

Gagamber notices that she is looking at him and asks her to tell him. But Mememphu replies that it is nothing and realizes that she has to stop that dream from becoming true. Zackletu scolds Gagamber for letting his things dry out in the open in front of kids. Gagamber thinks that it doesn’t matter since they are shot pants. She remains him about the journey to the Core City, and Yuri gets excited since they will go there together. But Gagamber realizes that he has forgotten the way to the Coire City, and they don’t have a map.

Yuri wishes if there was someone, they could ask for direction. Gagamber and Zackletu quarrel about something. Yuri reminds them not to fight since they are traveling as a team. Zackletu reminds Yuri about the money he owes her and that he must pay it in the time since he is supporting Gagamber. Gagamber realizes that the money used to pay the hacking fee is from his hard work. He thinks that money can be sent to him, and Mememphu wonders if the two will ever get along with money issues.

SAKUGAN Episode 10 will be released on 10 December 2021. Mememphu realizes that Gagamber and Zackletu have been fighting, and they have to continue with the journey since they have to reach their destination soon. The trio travels at full speed and listens to the news happening. They find that Shibitos have attacked the famous Colony. Let’s look at SAKUGAN Episode 10 official details.

Also Read: Will Lugh Assassinate A Noble In Episode 10 of The World’s Finest Assassin-Gets Reincarnated in Another World as an Aristocrat?.

Greta Thunberg’s Boyfriend: Who Is The Swedish Environmental Activist Dating in 2021?