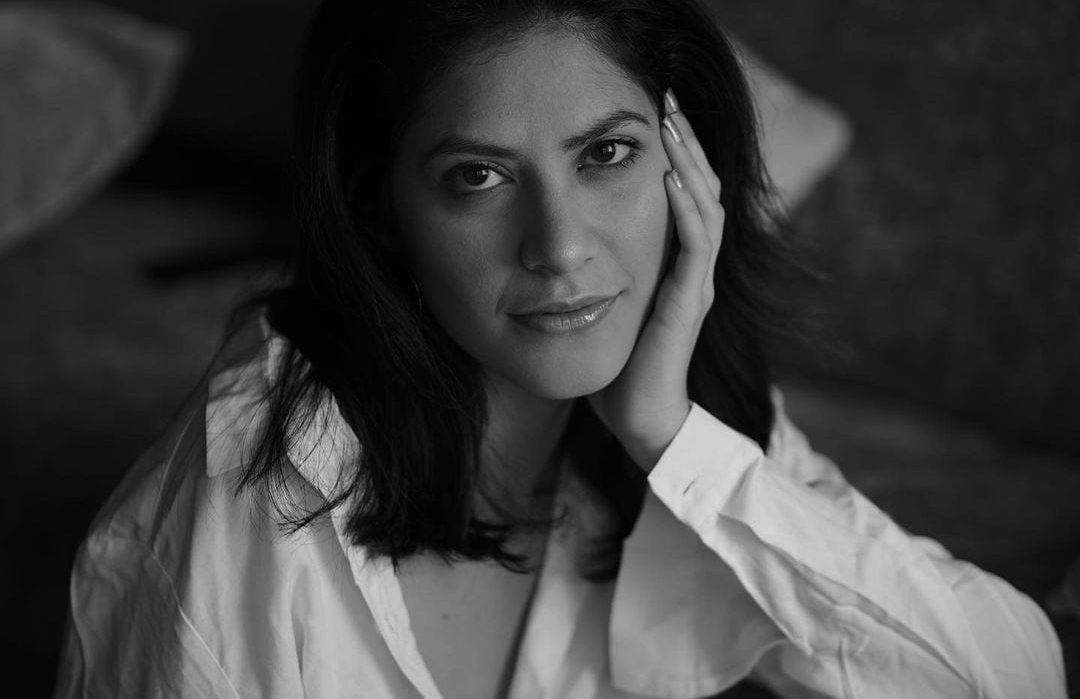 Sakshi Shivdasani is a model, stand-up comedian, and famous Instagrammer. She was born in the year 1997 and is currently 24 years old. She lives in Mumbai with her parents. Her parents belong to the upper-middle-class category. Sakshi is known for weird-but-funny and pretty realistic reels on Instagram. She currently has 284K followers on Instagram. The number of views on her reels ranges from 7.6 Million to 100 hundred thousand. She posts mainly funny reels, but she occasionally has fashion-related posts too. She also has her own youtube channel as well.

Sakshi Shivdasani was a contestant in MTV’s Supermodel of the Year and had made it to the Top 10. She has a dynamic personality with many skills. She is trained in MMA (Mixed Martial Arts), Kickboxing, and Judo. Sakshi is also a professional Kathak Dancer. She took her education from K.C. College and Mithibai College of Arts, Chauhan Institute of Science, and Amrutben Jivanlal College of Commerce and Economics. She currently holds a Finance degree.

Also Read: Who Is Symonne Harrison Dating? The Youtube Star Reveals In A New Video

Sakshi’s career in modeling began in 2013. She participated in Miss Umang Beauty Pageant and made it to the top 5. After that, she was also selected in MTV’s Supermodel of the Year in 2019, but her experience in the show was a roller-coaster ride. She was, very clearly, the underdog and was constantly chided for her blurred focus and being unable to follow instructions properly. She was eliminated soon.

But she found herself more famous than other participants after Instagram added the feature called ‘Reels’, and her fame exploded thanks to her amazing sense of humor. Catch one of her videos on her Instagram here. She loves dogs and also has an adorable one herself. Her favorite band is Coldplay. Before TikTok was banned in India, she had 25.4K followers on it. Sakshi goes to the gym regularly and is also a fitness enthusiast. She has also a model for Maybelline and had her own shoot for the shade of lipstick. She also featured on an Uber Eats advertisement. Sakshi is also associated with TOABH Talent Management as a Model. On her YouTube channel named ‘Sakshi Shivadasani,’ she uploads daily vlogs and shares funny challenges and sometimes reviews of products. She has 43.K subscribers on YouTube as of when this article was written.

Also Read: Who Is Jennifer Gates? Everything About Bill Gate’s Daughter

Sakshi is 170cm or 5 feet 7 inches tall. Her eye and hair color are both brown. Her hobbies include partying and traveling. She loves eating Chinese. Her favorite TV Show is Big Boss. She loves the cartoon series, Tom and Jerry. Owing to her graduate in finance, she also asked as an associate for US Freedom Capital.  Sakshi has worked with many famous fashion designers like Jenny Dadlani.

She is in a relationship with Suvrat Garg. She has uploaded some reels with him, but there is much less known about him. Watch one of their reels together here.

After she went ‘viral’ on Instagram, many rude people began bullying her for her voice, imitating the way she sounded. Sakshi was immune to them and started trolling herself. Like Tyrion Lannister had said, “Never forget what you are, the rest of the world will not. Wear it like armor, and it can never be used to hurt you.” We Stan!

Also Read: Sonu Sood Net Worth: How Much Does The Star Bollywood Actor Earn?

Sakshi Shivdasani is a name that every active Instagrammer knows these days! She has been reviewing more and more products and regularly uploading funny and relatable content. Her YouTube videos are also quite popular, with at least 40K views on each of them. Her videos are filled to the brim with her amazing sense of humor, and they would make you smile at least every 5 minutes. Anyway, there is no doubt that she is extremely famous right now and so it is not a surprise that her net worth is huge.

Apparently, she has a net worth of about 15.6 million USD. The Instagram star in a recent video addressed the same and said how it’s not true – although it is unsure if she was just kidding (because she ended the video talking about Garlic Naan and Plain Naan), at least, that’s what her net worth is supposed to be. While some other sources say her net worth is 53 lakhs Indian Rupees.