After 26 long years, a new Sailor Moon movie is out! Refreshing every childhood memory, fans once more dive into the magical columns of the story. The series is based on the manga by Naoko Takeuchi and directed by Chiaki Kon. The movie was released in two parts. Well, of course, fans are more than happy to receive two parts since a single part would have left them asking for more. The first and second parts of the film came out on January 8, 2021, and February 11, 2021, respectively. However, the film was originally scheduled to release in the Summer of 2020 but was unfortunately delayed due to the Coronavirus pandemic. It was refreshing to watch all the characters return to amaze their viewers. The films received a cumulative gross of $1,130,225 in the Box Office. Sailor Moon Eternal also received many positive reviews from fans worldwide.

A light announcement of the films was made back in 2017. The movie returns with many of its original cast. Additionally, Pretty Guardian Sailor Moon Eternal also features the voice of renowned voice actor Yoshitsugu Matsuoka along with Kotono Mitsuishi, Hisako Kanemoto, Rina Sato, and Ami Koshimizu. The making of the movie is also supervised by its creator Naoko Takeuchi. This only further makes us more excited about the series. Even after the release, the creators and producers keep bestowing the fans with more announcements in regards to an international release. Here is a quick review of Sailor Moon Eternal that will further hype you up for the movie.

Usagi and Chibiusa meet Pegasus (voiced by Yoshitsugu Matsuoka) during a Solar Eclipse in April. The Pegasus introduces himself as Helios and claims to be looking for the Chosen Maiden who can break the seal of the Golden Crystal. He appears in Chibiusa’s dream and asks for their help.

The Dead Moon Circus, a mysterious organization, makes an appearance in Juban to spread nightmares called “Lemures” and find the Legendary Silver Crystal. Their ultimate aim is to rule the universe using such tactics.

Meanwhile, Chibiusa starts falling for Helios, and Mamori tries to keep Usagi safe by staying away from her.

The Sailor Guardians arrive in battle with the Dead Moon. Their queen, Nehelenia, attacks them using her nightmares. Helios is trying to protect the earth, with Usagi finding herself under the influence of Nehelenia’a attacks. With the help of the strong heart of Tuxedo Mask, Usagi transforms into the Eternal Sailor Moon.

Sailor Moon Eternal brings forward all the pretty characters for yet another amazing arc. The first thing to note about the film is that it remains loyal to the manga. Next, there is good drama and character development that will instantly get any Sailor Moon fan indulged in the series. The movie is filled with nostalgia. It entertains its viewers with occasional gags blended well with the background. 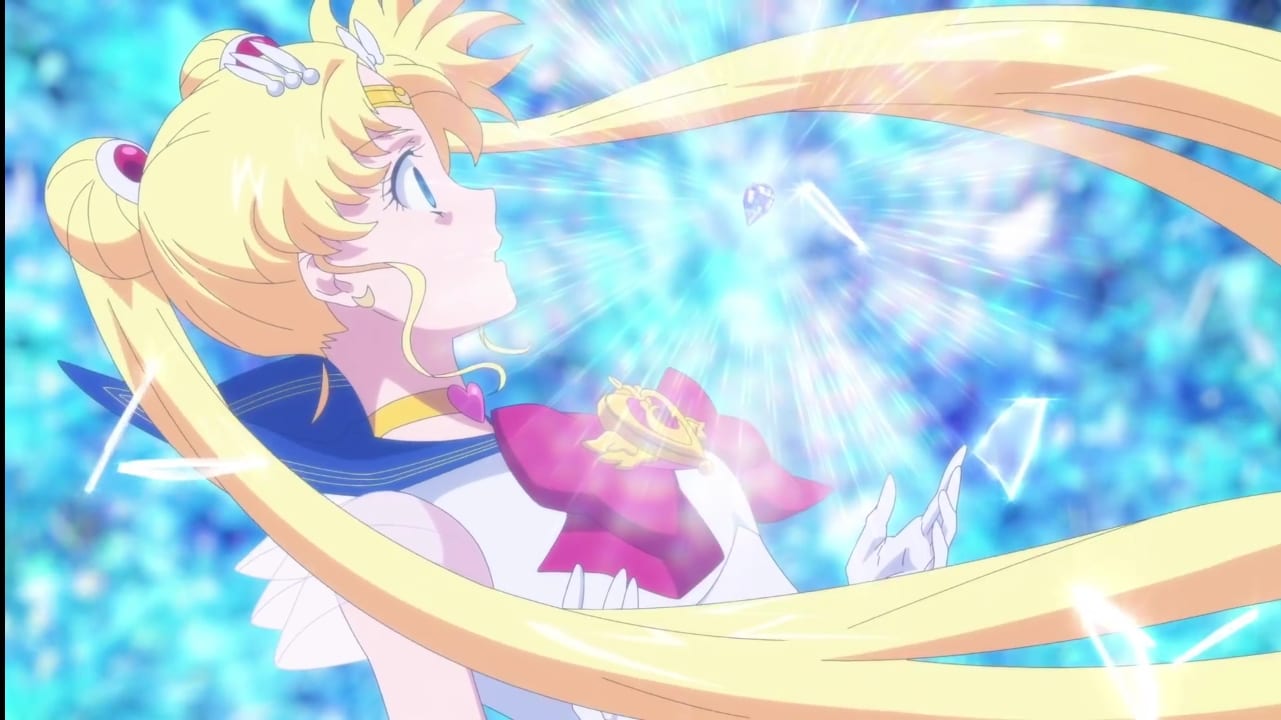 The art style is pretty cute. However, the animation is lacking in many parts. It could be pointed out as lazy animation on behalf of Toei Animation. However, the brilliant voice cast still makes up for it.

Another thing that is a bit bothersome about the movie is its pacing. The first part starts at a good pace and then grows slowly over time. However, the second part instantaneously takes over at a rushed pace.

Yet, despite the flaws, Sailor Moon Eternal excels at many parts of the plot. The plot will get you emotional at times. Additionally, some very cute and wholesome moments will win the hearts of all Sailor Moon fans. An overall interesting and fun-to-watch movie, Sailor Moon Eternal is something that cannot be missed.

The movies were released on 8 January and 11 February. Anyone who is excited for the movie or those who were convinced to watch the movie from the review of Sailor Moon Eternal can soon find it online.

Netflix received the license to stream the movie. The movies will premiere on 3 June 2021 on Netflix.

Additionally, on the occasion of Usagi’s 43rd Birthday, the DVD and Blu-ray sets will be released on 30 June 2021.