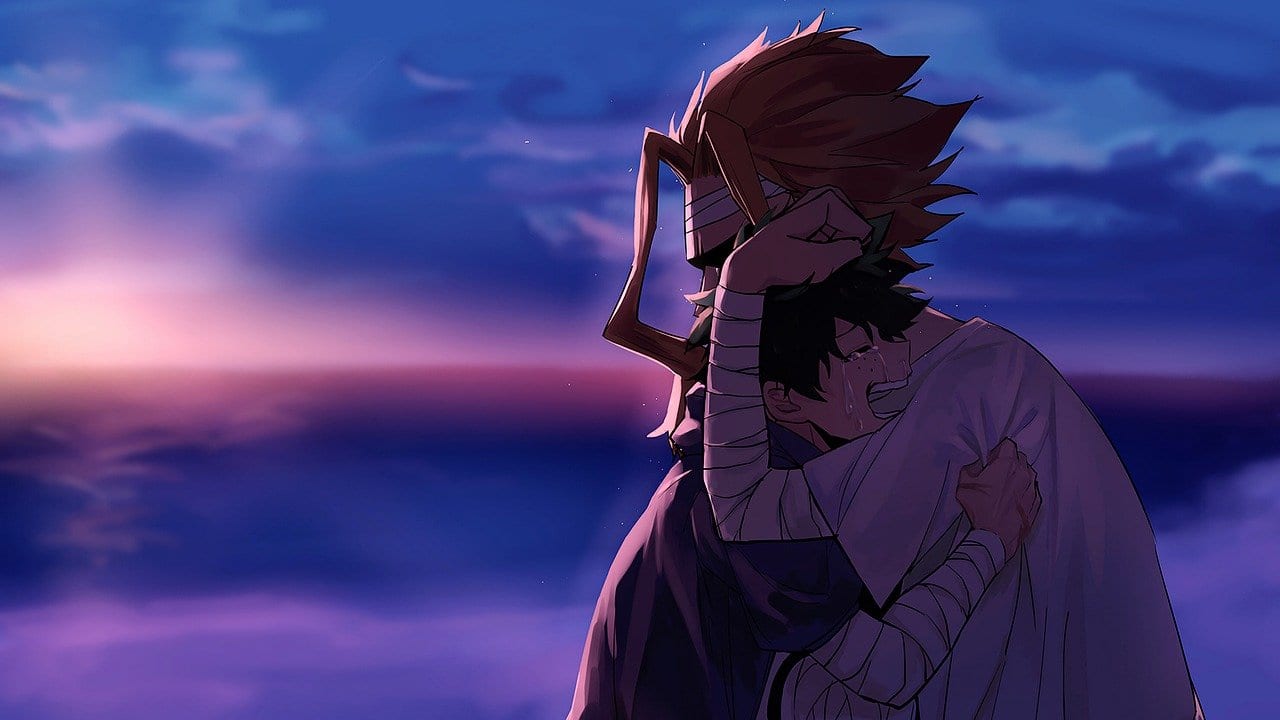 On some days, all we need is to weep our eyes out to get through a tough week. Everything feels tiresome, and a good crying session is all that we need to feel better. One of the best ways to get all teared up is to watch sad movies or series that touch our hearts. It is actually really healthy to bawl and sob from time to time, after all. Listed below are a whirlpool of emotions – sorrowful and sad moments captured in the Anime series of 2020 to 2021. These moments have been carefully handpicked for you, and they will surely make you cry.

So, get ready with a tissue box and a handkerchief before you browse through this disconsolate compilation of despairing Anime series.

The Main Characters Of ‘My Hero Academia,’ C(Bones)

The eleventh episode of the fourth season of ‘My Hero Academia’ is titled “Lemillion.” Directed by Setsumu Dokawa, this episode of ‘My Hero Academia’ is extremely depressing as Mirio Togata, who also goes by the name of Lemillion, permanently loses all his powers or his Quirks. Initially, he was supposed to be the one to succeed All Might and inherit the ‘One For All’ Quirk instead of Izuku Midoriya. Mirio was battling against the evil and powerful Overhaul. Being a hero, he was obviously extremely protective of everyone around him who needed help.

Eri was in trouble and was about to become the victim of Overhaul’s dangerous attack. But, Mirio ends up taking the bullet for Eri, consequently saving her life. Unfortunately, the bullet contained a vicious drug that had the gruesome ability to destroy and eliminate the Quirk of a person who has been shot. Mirio gets shot, and he loses his power, yet, he was determined to save Eri’s life and bravely protects her with whatever energy he had left. The moment he was about to give up, Izuku comes and battles Overhaul. 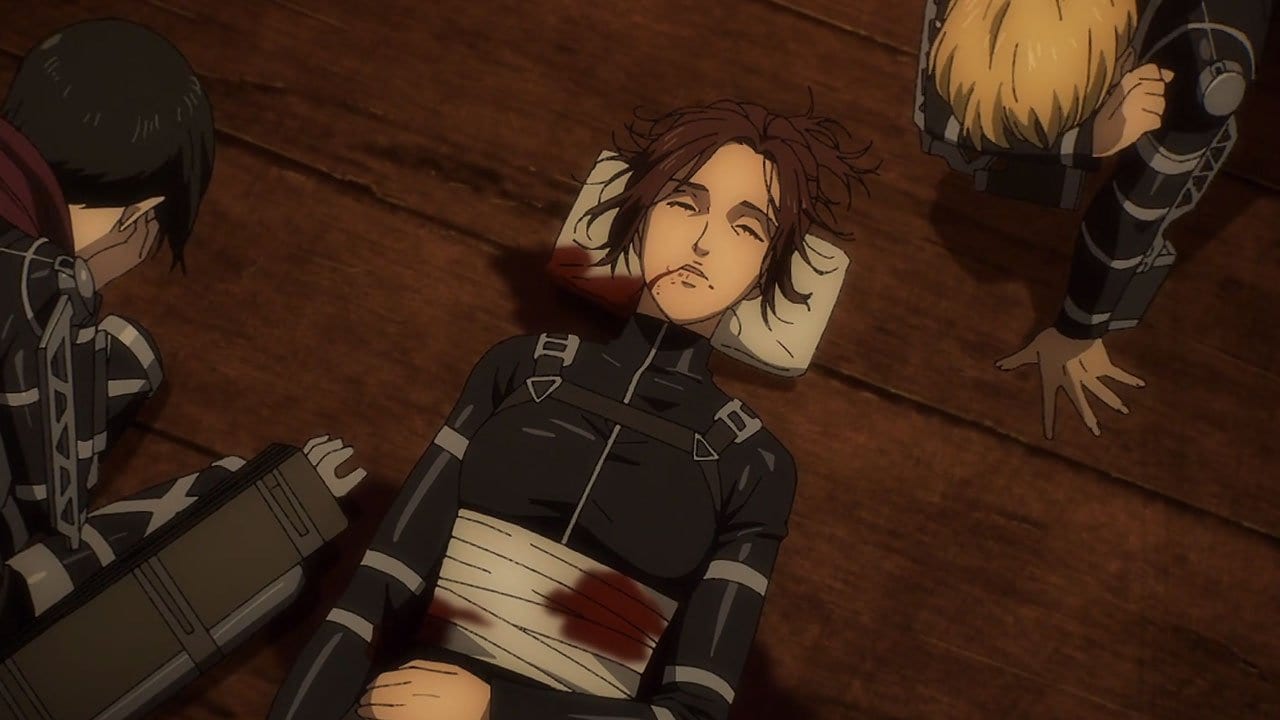 The eighth episode of the fourth season of ‘Attack on Titan’ is titled “Assassin’s Bullet.” Directed by Hidetoshi Takahashi, Lie Jun Yang, and Yosuke Yamamoto, this episode of ‘Attack on Titan’ is shockingly sentimental as one of the main characters of the Anime series is brutally murdered. The viewers see how Gabi gradually loses her mind as Falco tells her how Paradis Island was attacked by Marley. She had no idea what to believe.

With the shock coupled with her finding out that Zofia and Udo, her closes comrades, are no more, she is unable to make sense of things. She does exactly what she thinks is right, and out of the blue, shoots Sasha from behind. It is evident how Gabi did not understand the gravitas of the situation when she murdered Sasha as she did not think of the consequences that she will have to face in the future. This unpredictable murder made the viewers understand that nobody is safe in the upcoming episodes or seasons.

Also Read: Top 10 Most Saddest Anime Movies of All Time

3. ‘Somali And The Forest Spirit’ – “Dying Flowers Look Up at the Birds.” 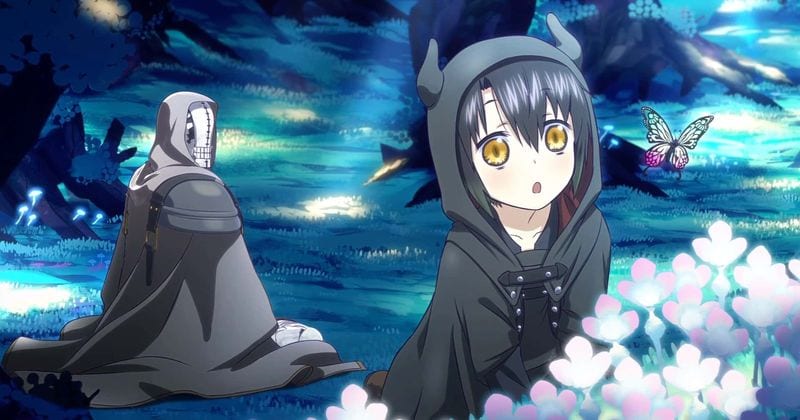 Instead of blaming Haitora, the viewers feel pity towards him since he had been starving along with having a deep-rooted hatred towards Groteques. Even Uzoi must act as a constant reminder of what had happened. No matter how the viewers look at it, Haitora was not the cause but just a cog in the cycle of violence.

‘Somali and the Forest Spirit’ is available for you to watch on online platforms such as Crunchyroll and Netflix. 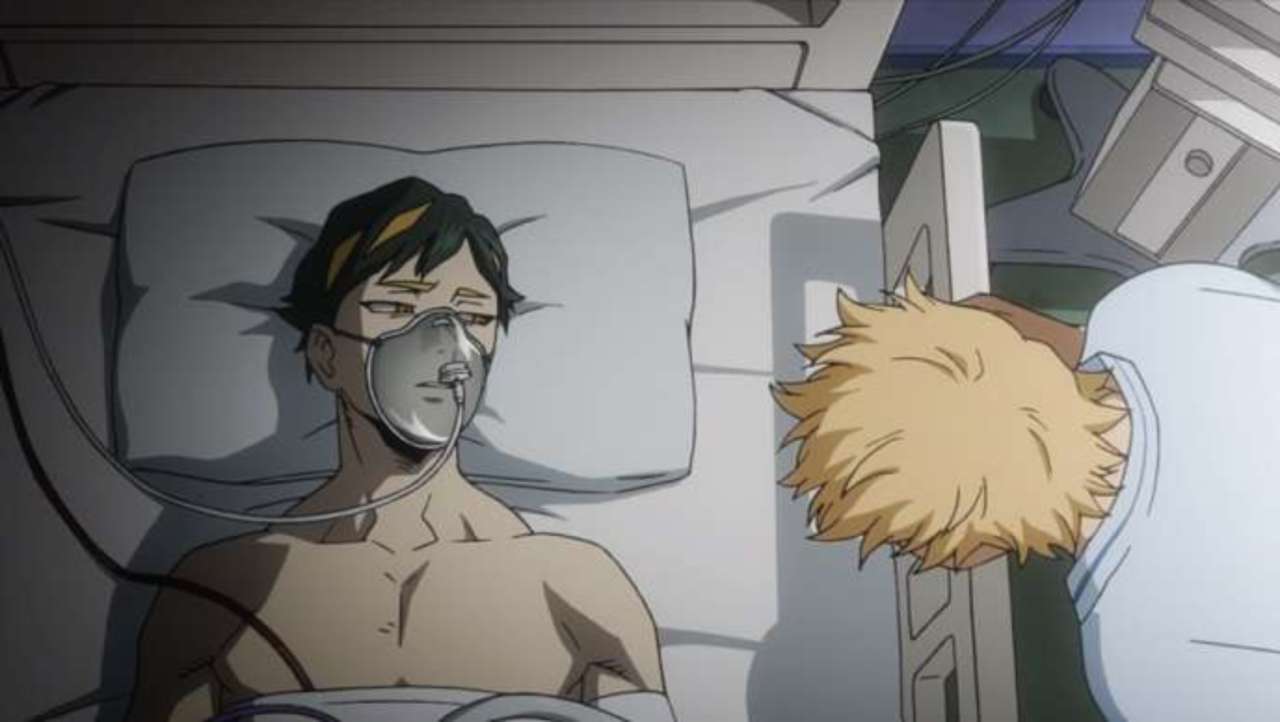 The fourteenth episode of the fourth season of ‘My Hero Academia’ is titled “Bright Future.” Directed by Miwa Sasaki, this episode of ‘My Hero Academia’ is emotional enough to make a grown man cry. When Sir Nighteye was fighting Overhaul, Overhaul uses his Quirk, which has the ability to destroy and create things by just one touch, to attack Sir Nighteye. Overhaul pierces a long and sharp spike through Sir Nighteye’s chest and then his elbow, through his arm.

With the help of the other Heroes, Overhaul was finally put an end to, but Sir Nighteye was counting his last breaths. He was taken to the hospital, and it was evident that Sir Nighteye did not have much time left. Mirio is unable to stop crying because he was seeing his mentor on his deathbed. Sir Nighteye uses his Quirk one last time to see Mirio’s future and finds out that he will become one of the finest Heroes. He tells everyone present over there to look forward to a happy future as he closes his eyes for the last time. 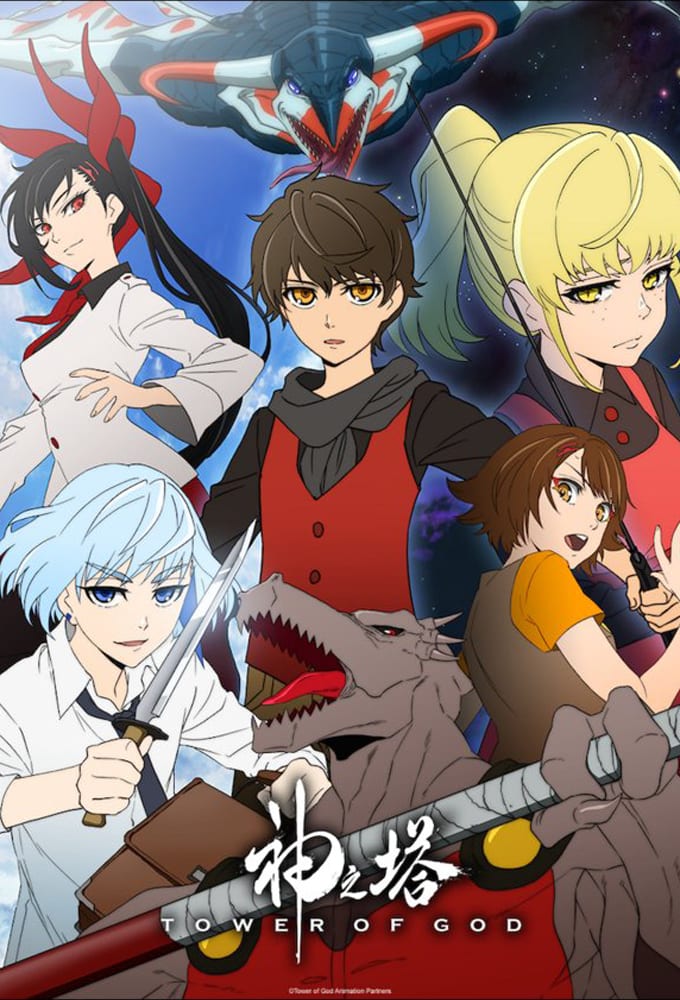 The Official Poster Of ‘Tower Of God,’ C(Telecom Animation Film)

The thirteenth and the final episode of the first season of ‘Tower of God’ is titled “Tower of God.” Directed by Takashi Sano, this episode of ‘Tower of God’ is heartbreaking to the core as the viewers find out why Rachel is the way she is. Her immensely saddening past is disclosed, which makes her behavior seem a bit more justified. Headen delivers bad news by informing Rachel that she cannot enter the tower as she is too weak.

Headen holds her back as she sees Bam is able to pass through. Headen tells her that she will be considered “special” if she is able to kill Bam all by herself. She waits for a good opportunity and then pushes Bam into a lake to kill him. Rachel is able to reach the top of the tower, but little does she know that Bam is very much alive.

‘Tower of God’ is available for you to watch on online platforms such as Crunchyroll, Netflix, and JustWatch.

Also Read: Best Sad Anime Movies Ever Made That You Should Watch Once