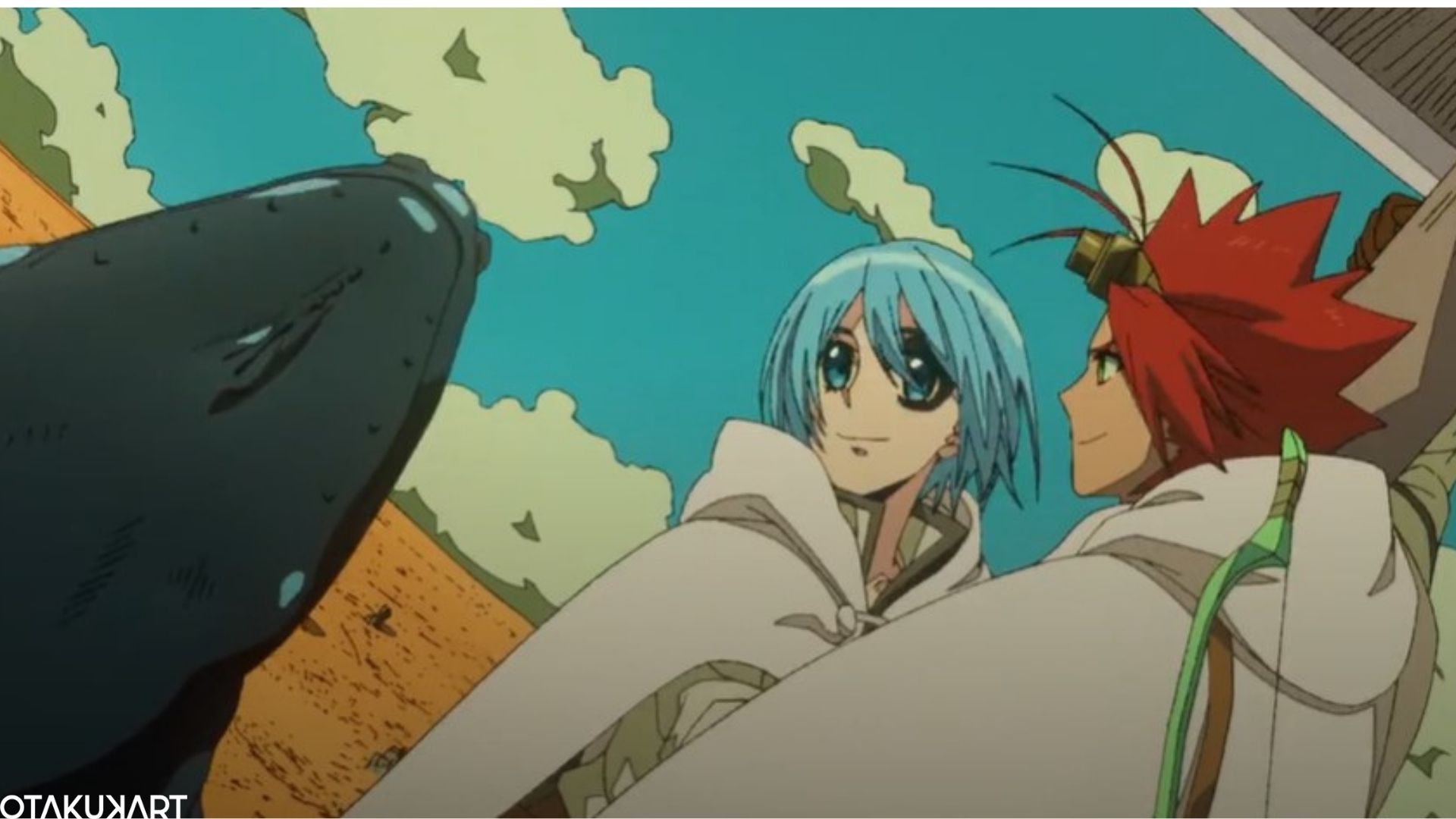 Starting a new year and a new month, there are countless new anime being released. Among them, there is Sabikui Bisco, a totally new series with some awesome plot. The series is a Japanese mix-media franchise, including a light novel, manga and anime. The series’ different version’s credit goes to different illustrators and publishers. Written by Shinji Cobkubo, Sabikui Bisco- the light novel is illustrated by K Akagishi and mocha. The light novel is published by ASCII Media Works. While the manga is written by the same author, it is illustrated by Yuusuke Takahashi and Sou Natsuki; and published by Square Enix.

On the other hand, the anime series is directed by Atsushi Ikariya, while the writing credit goes to Sadayuki Murai. The series is animated by OZ and is currently ongoing. The series’ setting, in the first episode itself, was so confusing that it prevented people from leaving the series midway. Set in a post-apocalypse world, Akaboshi Bisco is rumoured to be the man-eating mushroom. Any person, to catch the man-eater would be rewarded with 800,000 yen.

With much anticipation, fans are patiently waiting for the next episodes. So, when will it get released? How much longer do we have to wait?

Bisco first appears as a rough man, but one thing’s for sure, he is a good guy. Bisco is one of those anime characters who are easily understood because of their way of doing things. Rumour has it that Bisco is the ‘man-eater mushroom,’ and is also the one spreading the rust spores that is threatening Japan right now. However, that’s not the real case. In the third episode, Bisco to Pawoo and Jabi to Milo, makes them understand that the Mushroom Keepers are actually able to cure people by blooming mushrooms.

After a suspenseful first episode of the series, it finally answered some of the most curious questions that have been lingering on the fans’ heads. As Bisco was trying to keep the enemies away from Jabi, who was being treated by Milo, Bisco encountered Pawoo. They both get into a fight, while Bisco makes Pawoo sleep by attacking her with some knockout poison. Jabi, after being treated, asks Bisco to take Milo with him, for the rest of the journey. Bisco argues, that both finally set off on the new journey, which will begin from episode 4 somehow.

Episode 4 is much anticipated. Fan’s hope for some more adventures. But, when do we have to wait for the next episode to come out? Here’s when it will be released, as well as a quick preview to the fourth episode.

Episode 4, titled ‘Ride the Crab’ previews the finally anticipated part of the series. Akaboshi Bisco with Nekoyanagi Milo set on their new journey, instead of Jabi. As the new pair embarks on this new journey, the tale finally begins. However, the apocalyptic land isn’t so forgiving, as rightly said by the narrator. Though it seems that their deaths are awaiting their next stop, Bisco and Milo encounter a guard from Watch, from Special Forces, under Governor Kurokawa.

Will they be able to survive the harsh situations awaiting them? Or will they meet their ends? To know what will happen next, obviously, we would have to first know when the next episode is to be released.

Also Read: How Many Episodes will Sabikui Bisco have?

The Sabikui Bisco anime series episode 4 will be released on 31 January 2022. The light novel series, by Sadayuki, has been adapted into an anime series that started premiering form January 11, 2022. The first episode had fans on its grasp and now we are patiently waiting for the next coming episodes.