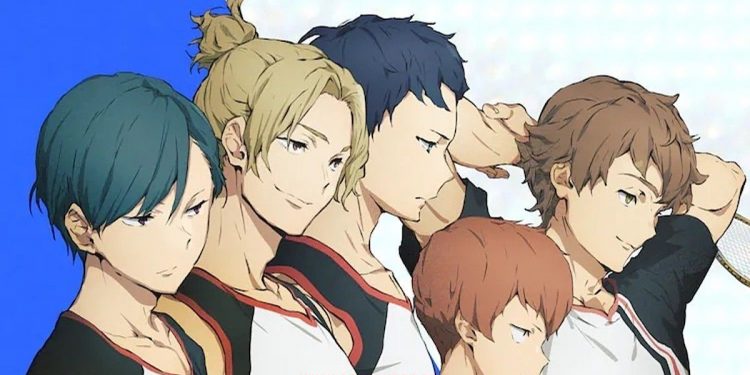 Have new cast members for Ryman’s Club been recently announced? A highly anticipated series, Ryman’s Club, also known as Salaryman’s Club, is an anime that is sure to make its mark in the sports genre. Based on the characters’ passion and love for badminton, Ryman’s Club has everyone looking forward to anime with thrilling tournaments and competitive relationships. Realistically speaking, sports is one the most thrilling inventions of humankind. It gets our blood pumping and dopamine running. Thus for those of you looking for something realistically thrilling with a hint of drama on the side, Ryman’s Club is the anime for you. Also, one of the things that makes this anime really relatable is the fact that corporate workers are pursuing the thrill of playing badminton.

The beauty of the to-be-released anime is that the characters all have busy lives, and they take out the time to play, something that all of us can relate to in the sense of being dedicated to our passions and hobbies. So, where can we stream the series, and who are all the talented actors voicing the characters of Ryman’s Club? With the release date approaching fast, TV Asahi and LIDEN FILMS’, announced on their official website additional cast members of Ryman’s Club. A combined total of ten new cast members, with five for the Unisics company and five for the Tomari company, were revealed on 5th January and 6th January, respectively. Read to know the entire information related to the additional cast revealed about the series and more.

For Tomari, a competitor company of Sunlight Beverages, we have Daiki Hamano for the role of Shiryu Tonozaki and Shunichi Toki as the voice of Yuho Mashiba. In addition, there is Nobuhiko Okamoto as Yukei Saruhashi and Tomokazu Sugita as Kotetsu Gokura. Lastly, there is Atsushi Imaruoka as the voice of Kohji Matsushita. For Unisics, a competitor of Sunlight Beverage, Yuki Ono, is going to voice Daiki Oginome. Next up, we will see Ayumu Murase as the voice actor for Ayato Misora. Then we have Haruki Ishiya for the role of Jun Yagami and Yukihiro Nozuyama for Ryo Natsuki. Last but not least, we have Daisuke Namikawa, who we will see playing the role of Masahiko Utsugi.

Initially revealed cast includes Junya Enoki as the voice of the protagonist, Mikoto Shiratori, Shinichiro Miki as Tatsuru Miyazumi, and Kaito Ishikawa as Sota Saeki. In addition, we have Ryota Ohsaka, whom we will see for the role of Toya Saeki and Tetsuya Kakihara for Kōki Takeda’s voice. In addition, there is Jun Fukuyama as Hayato Kirishima, Taku Yashiro as Azuma Tachibana, and Yuma Uchida as Takuma Kirishima.

Above is the newly released PV of Ryman’s club.

Ryman’s Club is an original anime television series that is set to release on 23rd January on television and 22nd January on the online platform. The upcoming production of Liden Films, Salaryman’s Club, is being directed by Aimi Yamauchi, with Yamauchi and Teruko Utsumi as the writers. The series will premier on the television on NUNanimation of TV Asahi and online on Crunchyroll.

Ryman’s Club is a series that shows the lives of some really interesting corporate workers who mainly work in an office but also passionately play badminton on the side. Although they have an extremely busy schedule as an office worker, nothing stops them from following their passion for their one true love, badminton. The series is mainly based on the life of Mikoto Shiratori, a gifted person when it comes to badminton. However, due to the traumatic experience of losing a badminton match during a high-school tournament, Mikoto has developed a fear for the game. Mikoto goes on to become an average salaryman at a company called Sunlight Beverage and somehow finds himself becoming friends with Tatsuru Miyazami, a highly-skilled badminton player from the sales department.