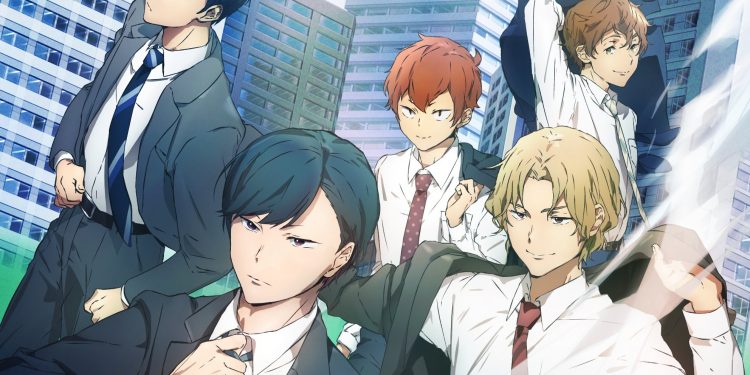 The sports genre is flourishing regardless of whether one is actually a sports fan or not. While most sports anime are shonen, Liden Films brings forth a seinen sports anime that is sure to be very relatable. The anime is giving off a massive ‘grown up’ feel through its previously released promotional videos. Previously announced for a winter 2022 release, a Ryman’s Club new PV, as well as a specific release date, has been announced. Along with several other exciting anime, Ryman’s Club is ready to drop its own feeling of adulthood through its plot. The story is building up a lot of expectations, and several anime fans in Japan as well as overseas are excited to see what Liden Films has in store.

Ryman’s Club will revolve majorly around Mikoto Shiratori, a prodigy badminton player who quit playing the sport following a traumatizing event from high school. Now working as a salaryman at the Sunlight Beverage company, he meets more players. Ryman’s Club will portray the life of Mikoto Shiratori through two perspectives: one as a badminton player and the other as a common salaryman.

The interesting concept of the anime is definitely worth looking forward to. Luckily we now have the official release date of Ryman’s Club to stay updated with the anime on its premiere.

On 8 January 2022, the second official PV of Ryman’s Club was released, revealing the anime’s release date and theme songs. Ryman’s Club will be released on 23 January 2022. It will be broadcast on TV Asahi and Glovision in Japan. For international viewers, the anime has been licensed by Crunchyroll.

The anime opening theme titled “The Warrior” has been performed by Novelbright. Its ending theme, “Nisen Gohyaku Man no Ichi,” is performed by Mafumafu.

More cast members of the anime were announced earlier this week. With its relatable theme and brilliant cast, the anime is definitely worth looking forward to. There has been no announcement regarding how many episodes the anime will have as of yet. We expect the details about the episode numbers to be updated once the anime premiers.

Also Read: Ryman’s Club Episode 1: All To Know About it