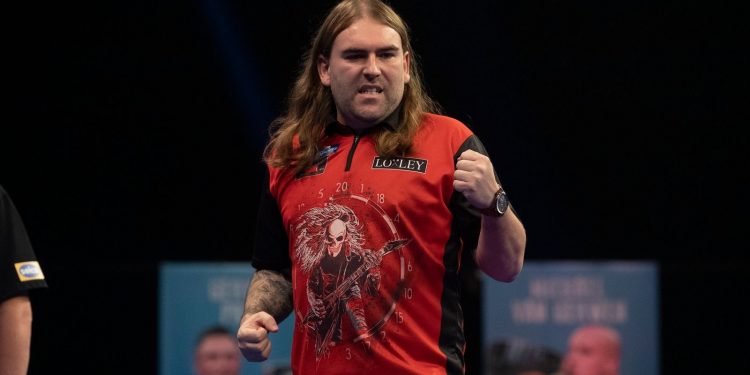 Professional darts player Ryan Searle has been gaining prominence for a while now. The dart genius has been playing Professional Darts Corporation events. Readers just want to know about Ryan Searle’s net worth as well. His achievements are just growing with time as he is now ranked #22 in the world and with as not one but two PDC titles to his name. The young dart stars us, however, aiming for much more than that, having built up his confidence in recent years and a few steps closer to his current rank. The professional dart player is based in Holcombe Rogus, Devon.

You will be surprised to know that Ryan Searle has poor eyesight for someone who makes living throwing objects at very small targets. Ryan later revealed that he has astigmatism. However, other than this, the dart player has assured that his eyes are healthy, so few opticians are used to improve his blurred vision. While he further stated that it is a genetic issue, and there’s nothing much that can be done. As medical experts have assured, there’s nothing necessarily wrong with his eyes.

Ryan Searle’s net worth is estimated to be something between $1- $4 million. The 34-year-old dart genius has been playing in the PDC since 2016. However, fans have seen him making steady progress over the last three years and are rising on to become a genuine contender among the world-class pool of talent with his dart skills. Ryan Searle has opened up about his plans about getting one step closer to the top 16, and that’s the next goal. He further stated that he thinks he is seeded for the Euro Tour this season and is not defending anything on that, so that’s massive, and that is where he is hopefully heading.

Not only that, but Ryan Searle has managed to pick up a couple of big titles, including the Players Championship titles. Not only that but he has made his way into as many as three more finals this year, along with a quick move into the quarter-finals of the World Grand Prix. However, it is not his dart skills that are being noticed as he sports a pretty unconventional look too! The player was first skeptical about it but later got the hang around it.

The PDC Players Championship Finals came to a thrilling end as Peter Wright took the winning trophy home. He defeated professional dart player  Ryan Searle 11-10. Along with the winning trophy, Peter Wright secured the whopping  £100,000 first prize. This is Wright’s second major win of the year after winning the World Matchplay back in July. Have a closer look at Ryan’s meticulous skill as he shows his dart skills. Here’s a little sneak peek into the thrilling game.

While talking about the gripping game against his fellow opponent, Ryan Searle. Peter Wright admitted that while he was going at Ryan’s pace was thinking that he is running out of energy and needs to take a breather and considers himself lucky enough to get through.

The Dart Genius Opens Up About Being Different

When asked about his working style and the nickname that he earned, the dart genius admitted that he likes being a bit different. As he further described how he got long hair, that bit many other people have and that no one else has got heavy darts so he just thought that he should use them. When asked about his musical taste, Ryan lists names like System of a Down, Papa Roach and Iron Maiden, and Black Sabbath as well.

Dart followers have seen Ryan flowing locks and weighty tungsten that have earned him his Heavy Metal nickname. While the dart player was not quite sure about, however, is now fully on board with it. The PDC were half pushing for him to have one, and while he wasn’t sure, they didn’t want them to stick him but later got the hang of it.