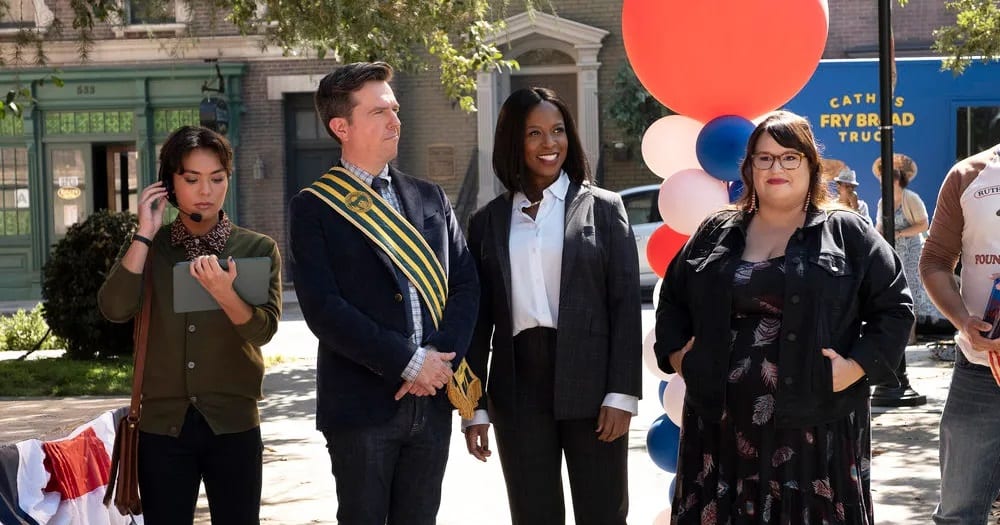 Rutherford Falls is a comedy TV series co-created by Michel Schur, Ed Helms, and Sierra Teller Ornelas. Michael Schur is most popularly known for his work in Parks and Recreations, The Office, and The Good Place. While Sierra Teller Ornelas is from Brooklyn Nine-Nine and Superstore. The show follows the lives of two lifelong best friends who find themselves at crossroads as they face a threat to their respective heritages. Now to protect the well-being and to safeguard the culture, they must fight with the townspeople to make them realize the significance of what they are trying to destroy. Thus this show is one having a breakthrough in the native representation in television comedy. Rutherford Falls is soon about to be available for the viewers, and in this article, we will look into its release date and episodes list.

For appropriately representing the communities within the show, the writing team has a good number of indigenous members. These members allow for a proper portrayal of the native American characters without adhering to stereotypes. This way Rutherford Falls tries to integrate the characters from different cultures by putting them into their own character-driven funny stories. The best parts of which were visible on the trailer itself. There we saw how ironic jokes and humor was effectively used to showcase to people how marginalized people have a bias based on their community in a way that didn’t seem forced.

Rutherford Falls is a small town in the northeast, New England. Here, Nathan Rutherford is a local legend as his ancestors were the ones who found the town. This was pretty evident considering that his heritage museum honoring the town’s white ancestors was thriving. But soon enough the townsfolk get a very important wake-up call as they now see an old statue of “Big Larry” or Lawrence Rutherford, a sign for public safety concern. They want to move it away while Nathan fights to keep it the way it is as he finds it difficult to deal with the inevitable change.

Elsewhere, Reagan is having trouble with the Native American cultural center that isn’t doing well. It needs support from the community so that it could start solvent and get expanded to a whole museum dedicated to the Native Americans. For this, she takes help from Terry after which Reagan starts to reconnect with her own culture.

When will Rutherford Falls Release?

Rutherford Falls is set to be released on Thursday, 22nd April 2021. The show is set to have 10 episodes for this season, that will all be released on the same day. As for the timings, all 10 of its episodes will be available to stream from 12 am ET / 11 pm CT. Make sure to change the above time to your local time zone to watch the episodes when they release. Rutherford Falls will be available to stream on Peacock TV in the US and Stan in Australia.

Also Read: How To Watch Line Of Duty Online? 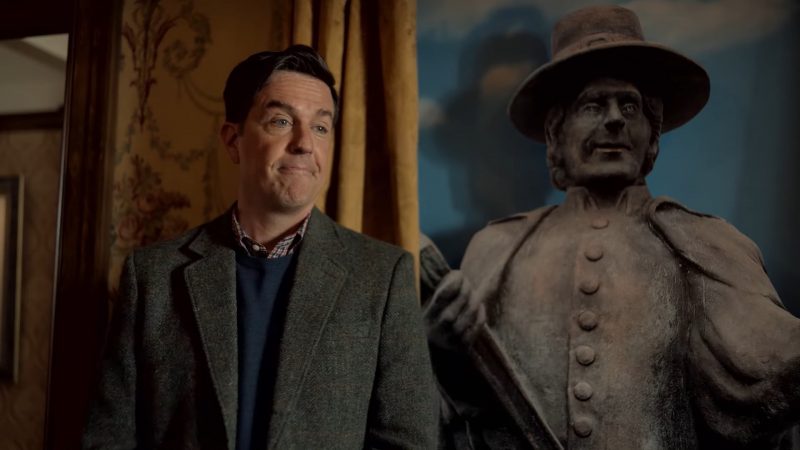 As mentioned above, all 10 episodes of Rutherford Falls is set to be released on the same day, so here we have the episode titles for them

Following its storyline, the main cast for Rutherford Falls is quite diverse. Ed Helms plays Nathan Rutherford, who happens to be the last of the town’s founder’s descendants. He is also the one who runs the town’s heritage museum.  Jana Schmieding plays Reagan Wells, Nathan’s best friend, and a Minishonkan who dreams of being thorough with her people’s history.  Michael Greyeyes plays Terry Thomas, the CEO of the Minishonka’s casino who acts as a teacher to Reagan and a rival to Nathan.  Jesse Leigh plays Bobbie Yang, a high school student who is also Nathan’s personal assistant. Dustin Milligan plays Josh Carter, a journalist who tries to dig deep into Rutherford Falls’ history.