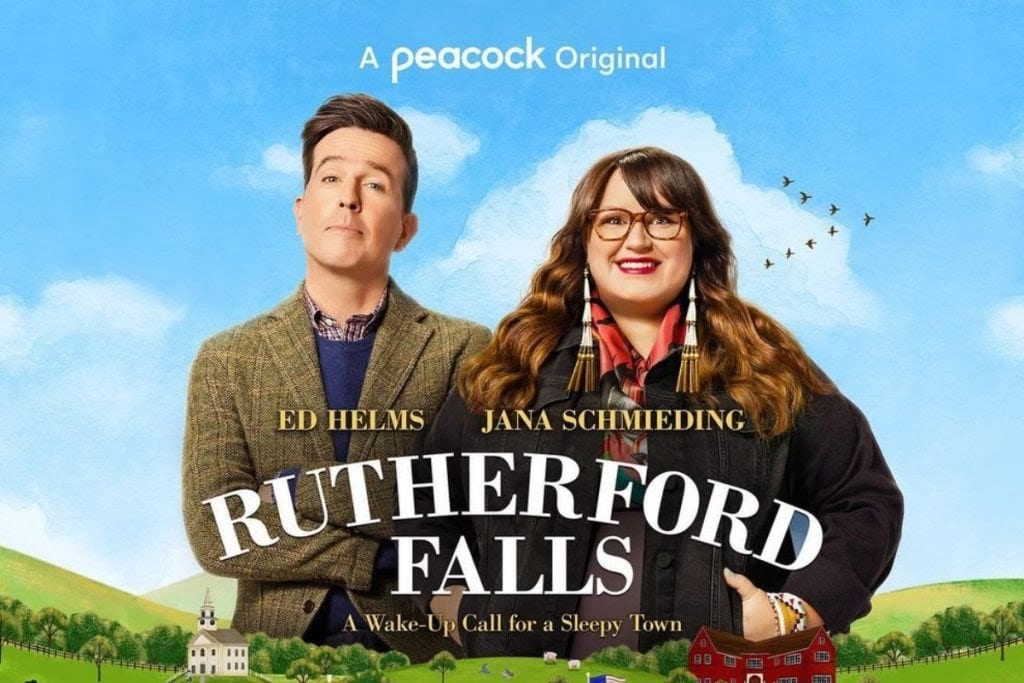 The show starred Ed Helms, Michael Greyeyes, Jana Schmieding, Jesse Leigh, and Dustin Milligan as the main characters, and it aired on April 22, 2021, on the streaming platform Peacock. The story revolves around two long-time best friends who end up at a crossroads when their town, which is basically a distinct historical identity, gets an unexpected wake-up call. The show brings on a vibe of Northeastern town next door and Native American reservation. The plot is mostly based on funniness and humor, involving two best friends but sometimes talks about serious issues in a comic way. 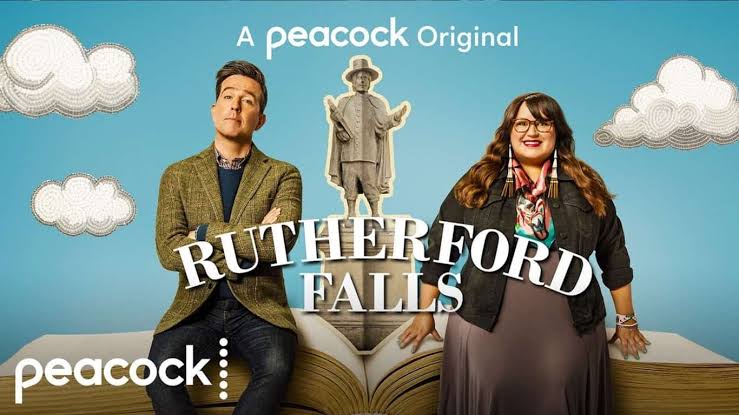 The poster of Rutherford Falls Season 1

The two long-lasting best friends, Nathan Rutherford and Reagan Wells, played by Ed Helms and Jana Schmieding, are the main leads of the show. One of the best friends, Nathan Rutherford, runs the town’s heritage museum and is a prideful heir of the town’s founder. His family made the museum in the 17th century, and Rutherford currently offers tours to the schoolchildren. The other best friend, Reagan Wells, is basically a nerd. She is a member of the Minishonka Nation and controls the Minishonka cultural center, which is, most of the time, empty. Not to be mentioned that both the best friends are literally crackheads, idiotic and fun-loving.

The plot is correspondent with two different stories, which brings forward a new character Terry Thomas played by Michael Greyeyes and is the CEO of the Minishonka’s casino. Terry is a capitalist who is determined to play games to beat the colonizers. The complex character Terry brings an interesting blend to the story as neither he is a ruthless villain nor a good person. His character analysis is quite absorbing and fascinating and makes the audience more curious about him. There are also other interesting characters like Bobbie Yang, played by Jesse Leigh, who is Nathan’s personal assistant, and Josh Carter, played by Dustin Milligan, the aspiring journalist who is determined to find out the story behind Rutherford Falls.

Rutherford searches for a place to reserve a statue of town founder Lawrence Rutherford, who is Nathan’s father. On the other hand, Terry files a lawsuit against the Rutherford family brought by the casino. The statues that are present in the museum have a faded connection with one of the most important issues in American politics. Rutherford tries with all his power to keep the statue that he inherited from his ancestral family. But the actual reason behind his will to protect it is the reason why the show also develops a curiosity in the viewer’s mind, as neither the statue is something precious nor Rutherford is a dedicated preserver generally. 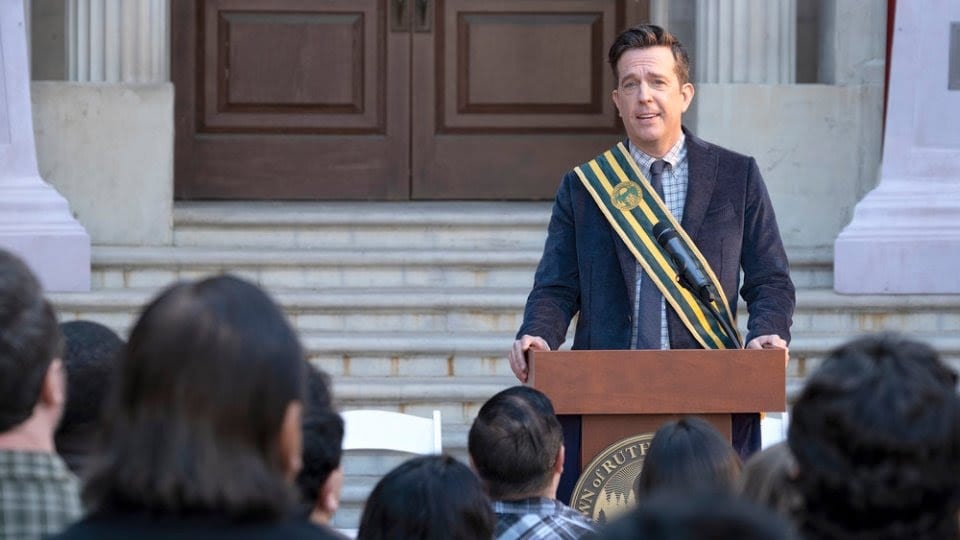 A still from the Peacock original, Rutherford Falls

The 10 episode show had intelligent and trapped jokes hidden in its dialogues. The show ends with a monologue carrying an intellectual joke

“What is the story of America?”

-“Is it a chronicle of innovation and achievement, or of oppression and greed? Is it about freedom or power? Who gets to write history? And once written, can it be changed?”

The show also highlighted politics and racism in their jokes, which is a bold and brave move indeed. Sierra Teller Ornelas, the creator of the popular show Brooklyn Nine-Nine, was one of the creators of the show. The Navajo and Mexican American creator, along with Ed Helms and Schur, the other creators, blended the jokes in a flawless manner, and the show undoubtedly falls on the must-watch list.

The first season of the show received mixed responses widely, which questioned the second sequel of the show. It was streamed in Peacock, a rising streaming platform, and Rutherford Falls being a risky show, as the show is for the people who can take jokes well without being offended.