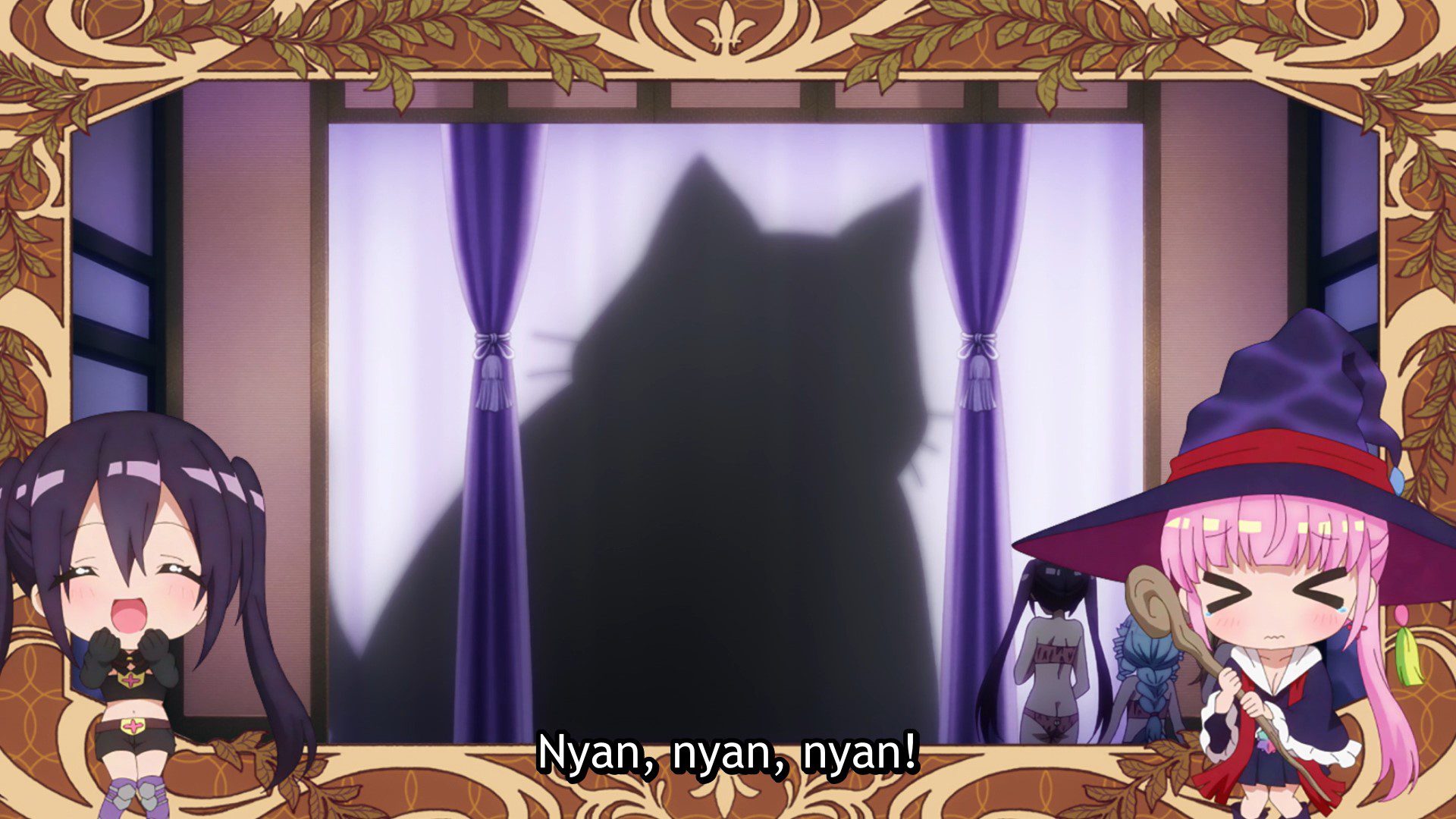 RPG Fudousan Episode 8 came out today, and it highlighted more on Fa’s beast form. This has excited the fans for Episode 9 of RPG Fudousan, and fans are already asking questions like the release date for the same. Since RPG Fudousan will be running for only 12 episodes, the time has come to highlight Fa’s beast form more. There were also indications of her dragon and her destruction through a new episodic character. Can Kotone hide Fa’s secret from others, and will she continue to do that. We might have to wait to find out in episode 9. However, the wait for episode 9 is no longer and will be released soon.

This post will provide you with details on episode 9 of RPG Real Estate, and we will also talk about the preview of the next episode. We at Otakukart are here for you to give details on new episodes and chapters. So without further ado, let’s get to it.

Episode 8 of RPG Real Estate was also an episode with the episodic event. It was titled “Wha!? Finding a Dream Home through Fortune Telling!?” and in this episode, there were two new guests. At the start of the episode, the girls were roaming around in the local market. When the girls lay their eyes on a dress, they suggested that it would look good on Fa. So, to fulfill others’ requests to wear the dress, Fa starts undressing on the road. Later, they have fun inside the shop, and they decide to buy a dress. However, after looking at the price, they run out of the shop. 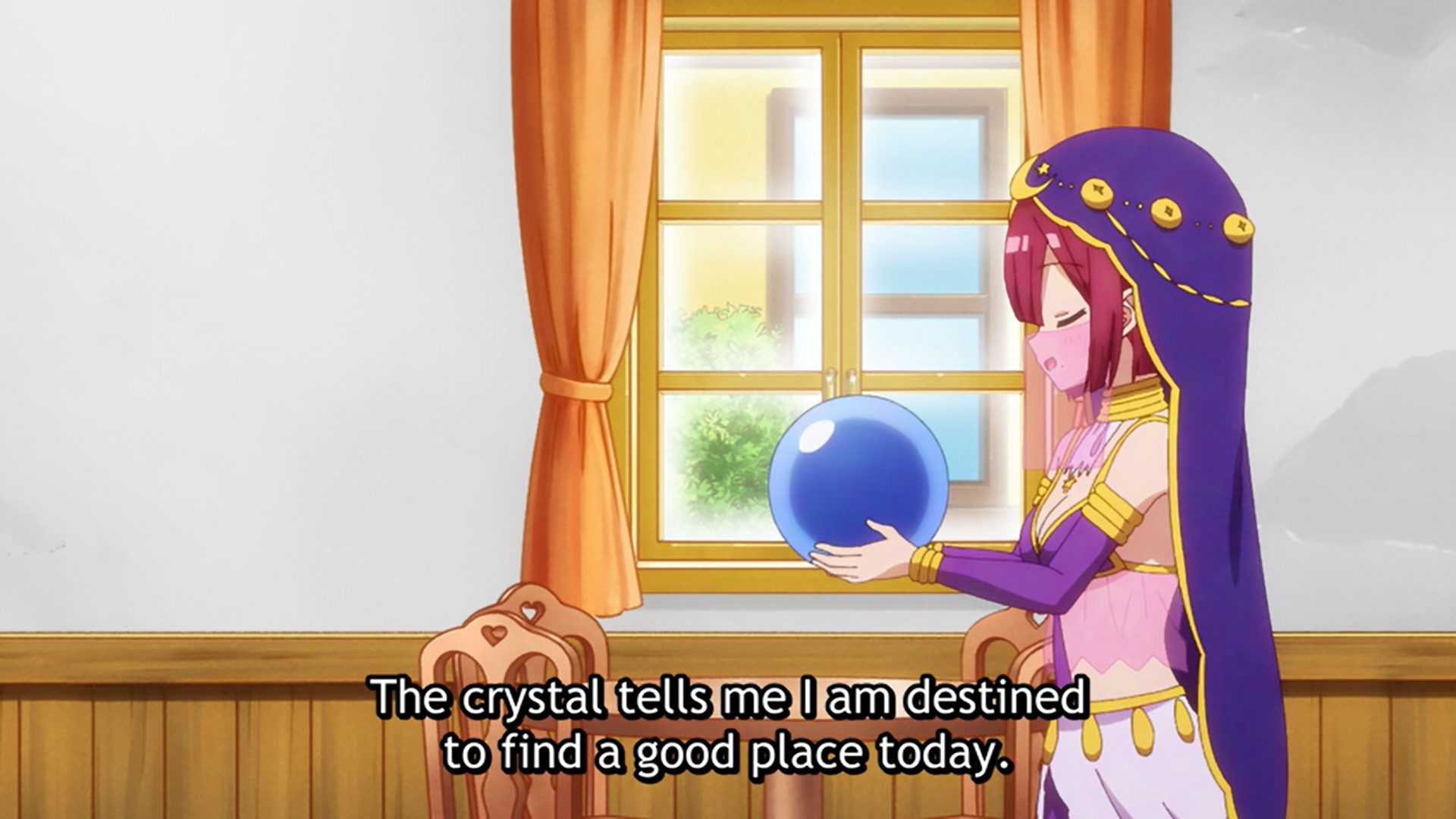 Their first customer in the episode is a popular idol. She tells them she is looking for a house so that she can be alone. She refers to herself as “too famous” and trying to live a quiet. With ups and downs, the girls show her a castle to satisfy her needs. Meanwhile, on sleeping one night, Kotone finds that Fa is missing, and after hearing an explosion near a town, she rushes there and finds Fa conscious at the scene. When Kotone asks her about last night, she recalls nothing. On a new day, a new customer comes who is a fortune teller.

She decides on her room after seeing her fortune. The room is called “room of destiny” but is it messed up and all the floorings are damaged. When she falls from the bad floor, she lands on a boy, and they fall in love. The next day she informs the girls that they are engaged and will be marrying soon. Upon leaving, the fortune teller tells Kotone that hiding secrets will only burden herself.

The preview for episode 9 was a typical 10 seconds preview. From that, we can deduce that it is going to be a normal episodic adventure. At the very first, we see a silhouette of a big cat, and this worries our girls. In the preview, the girls ask Kotone what is wrong. To that, Kotone asks them to join in the adventure. Then we see a girl with a green head that seems to be lost and has a note that says, “I wish my Mom and Dad will come to pick me up”. Then Fu takes her hand, and probably she is helping her to find her parents. 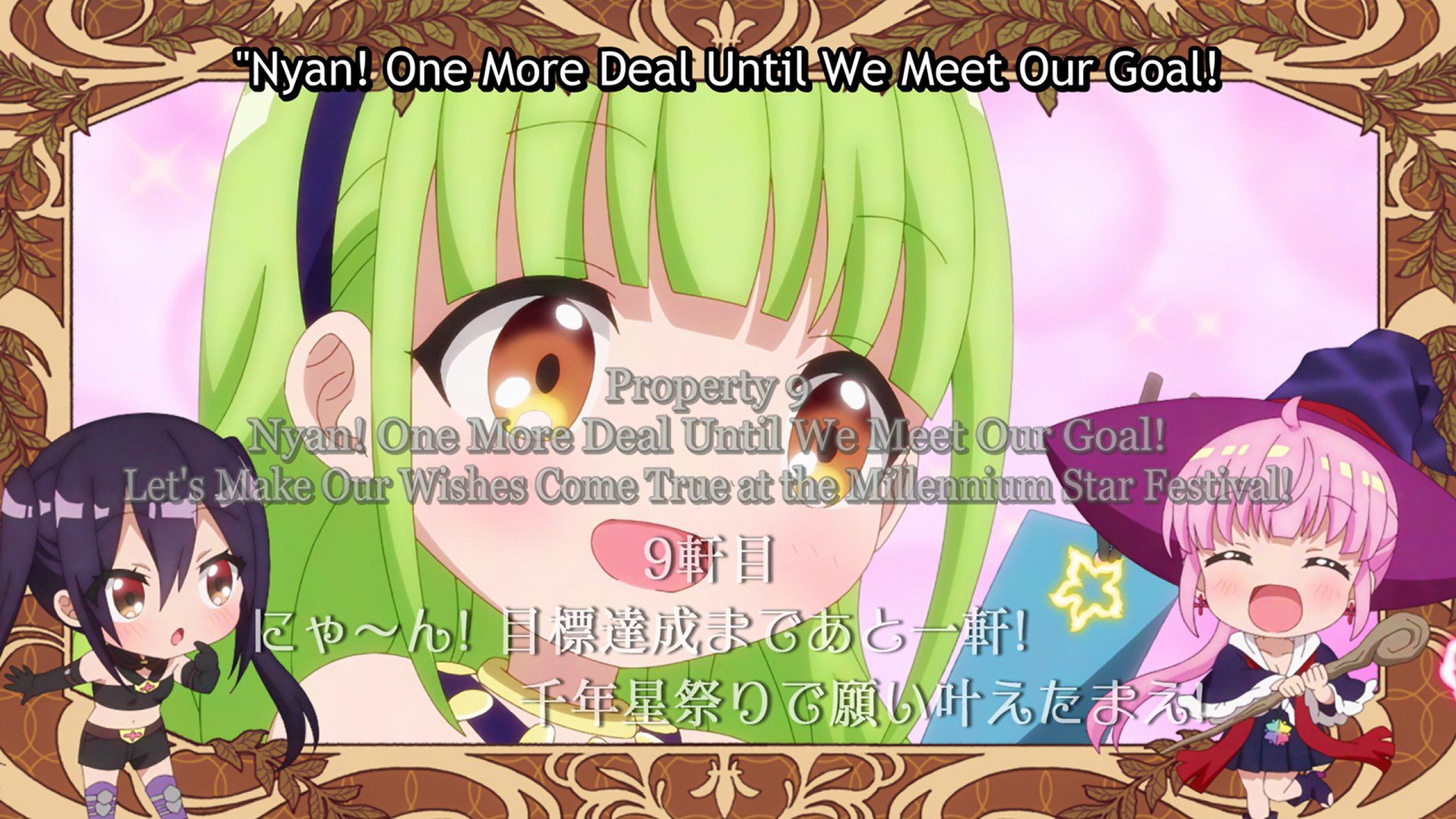 Furthermore, the whole group will be helping the girl to get her to her parents. Also, since the episode is “Nyan! One More Deal Until We Meet Our Goal! Let’s Make Our Wishes Come True at the Millennium Star Festival!”, the girls will tend to the Millennium Star festival. And one of the shots from the preview also showed girls in the hot tub, so at the end of the day, in episode 9, girls will be going in the hot tub. Since we are heading towards the end, we might get to see more about Fu’s dragon mode. Caution, these are all small deductions from the writer, so the actual events may differ.

RPG Fudousan Episode 9 will release on June 1, 2022, at 21:30 hrs JST (Japanese Standard Time). The real estate girls will be back with another adventure in the new episode.

You can watch the new episode of RPG Fudousan on Crunchyroll once it comes out.

Also Read: The Greatest Demon Lord Is Reborn As A Typical Nobody Episode 9 Release Date: Is The Masked Guy Really Dead?