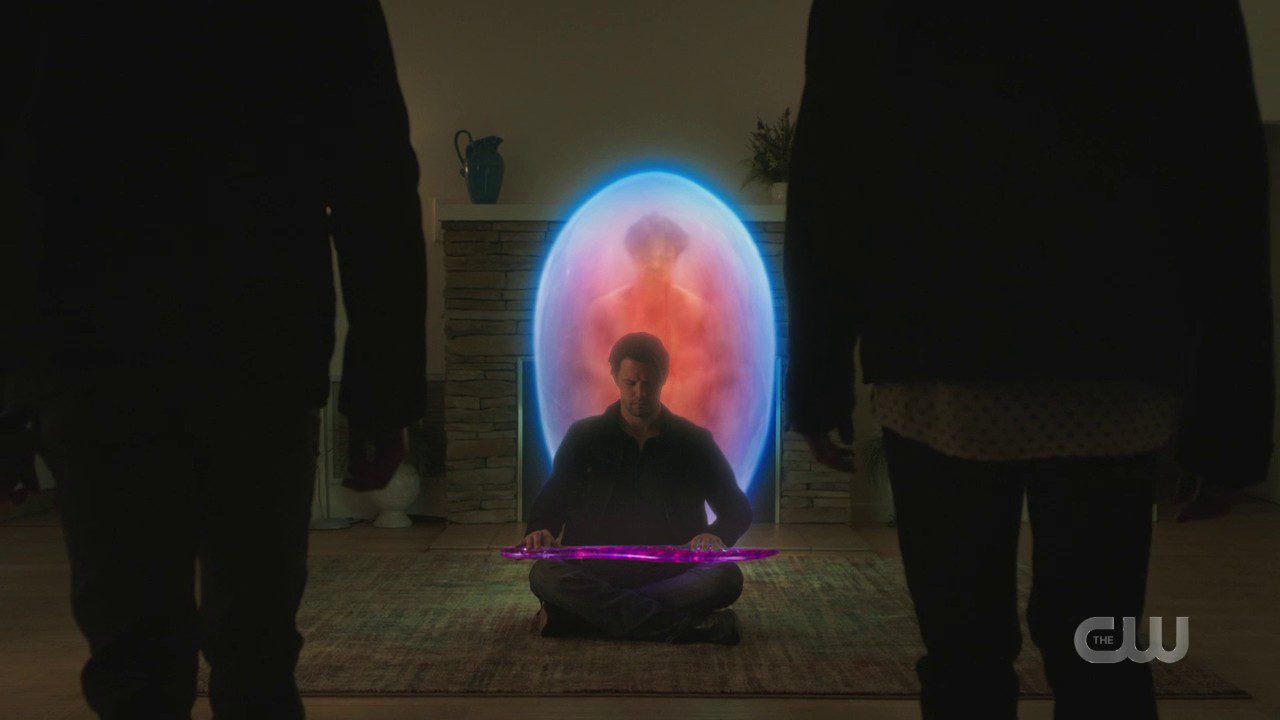 Roswell, New Mexico Season 3 Episode 9 continues the saga of Jones. After a long time in a while, our group had the upper hand on the alien, and they were quite lucky. Despite the dangers it took to dive into the landscape world, everything went smoothly and swiftly. All this was to bring Maria back from a coma as Jones kept her captured there. She was forced to live in 1969 as her grandmother Patricia. But our girls came to the rescue as Isobel, Rosa, and Liz were all set to bring her back while Michael and Alex hunted Jones down.

This time around, there was a chance that in the process of saving Maria, the girls may lose their lives as well. But as long as they follow the plan told by Isobel, everything will be fine. The same thing went down as the group dived deep into the history, and Maria had a look at the truth of what went down when her grandmother met an alien much like Jones. There were more than one Jones around? Did Michael and Alex manage to find Jones? Let’s break it down on what went down recently on the show and what we can expect from Roswell, New Mexico Season 3 Episode 9.

Previously in Roswell, New Mexico, we opened up with Jones, who sent Maria into the past in her mindscape. All this to figure out her grandmother’s experience with an alien last time. They fight it out while Michael and Alex form an unlikely duo to hunt Jones down. Isobel prepares Rosa and Liz to enter Maria’s landscape, but this time there is a warning. If Maria dies, they die too. Now the mission is to hide away from Jones and damages the bond between Maria and him. 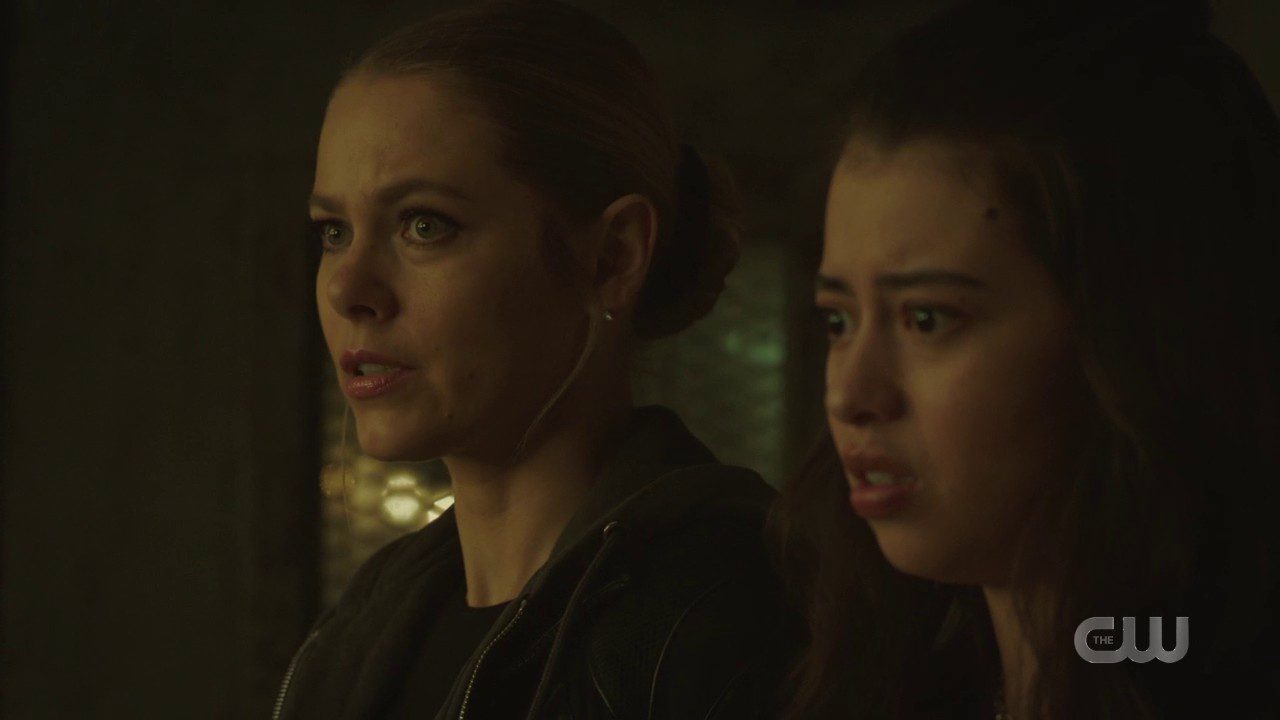 As Alex and Michael track Jones down, Maria finds out that her grandmother Patricia didn’t experiment in any way, but instead, she was the facilitator. It was just a matter of time when the group later finds out about Michael’s mother Nora that she and Patricia were actually injecting placebos. Maria consoles herself after almost having heartbreak. So as per the orders of Jones, clones were being made. So Jones could continue his reign.

Meanwhile, Alex and Michael reach Jones, who is deep into the other world with a sword in his hands. Back in the landscape, Maria figures out the connection of the symbol with the glass. Jones interrupts and tells of many Max-clones that have infested on the earth. As Isobel and Jones fight, Maria tries to stick the glass into Nora’s machine. As Dr. Lockhart injects Patricia, Isobel traps Jones in the cell, and Nora’s machine works bringing her back from Coma. 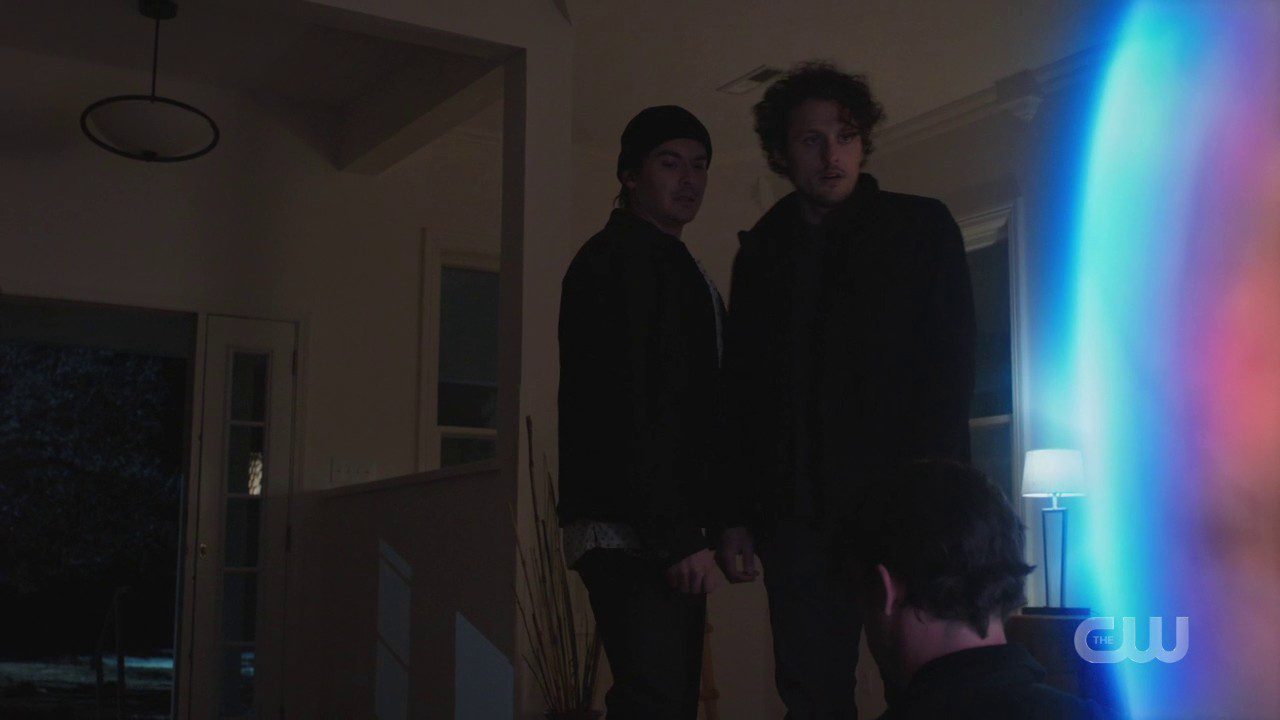 Back at the barn, Jones also wakes up and catches Michael and Alex stealing his pod. But Alex pushes the car over him, and the duo manages to escape with the pod without killing Jones, thus keeping Max safe for now. The team reunites at Wild Pony to celebrate the victory of the day.

Roswell, New Mexico Season 3 Episode 9 is titled” Tones of Home”. The official synopsis of the episode says Maria coming out from a coma wasn’t the only victory our group needed. Jones is still out there hoping to continue his reign, and there must be someone stopping him. So Max and Liz on their side continued to break down what his next move could be. Michael and Alex’s unlikely duo may start having a strong bond now while Isobel figures out a big piece to this mystery of Jones and everything happening in the show right now. What is it? All in Roswell, New Mexico Season 3 Episode 9.