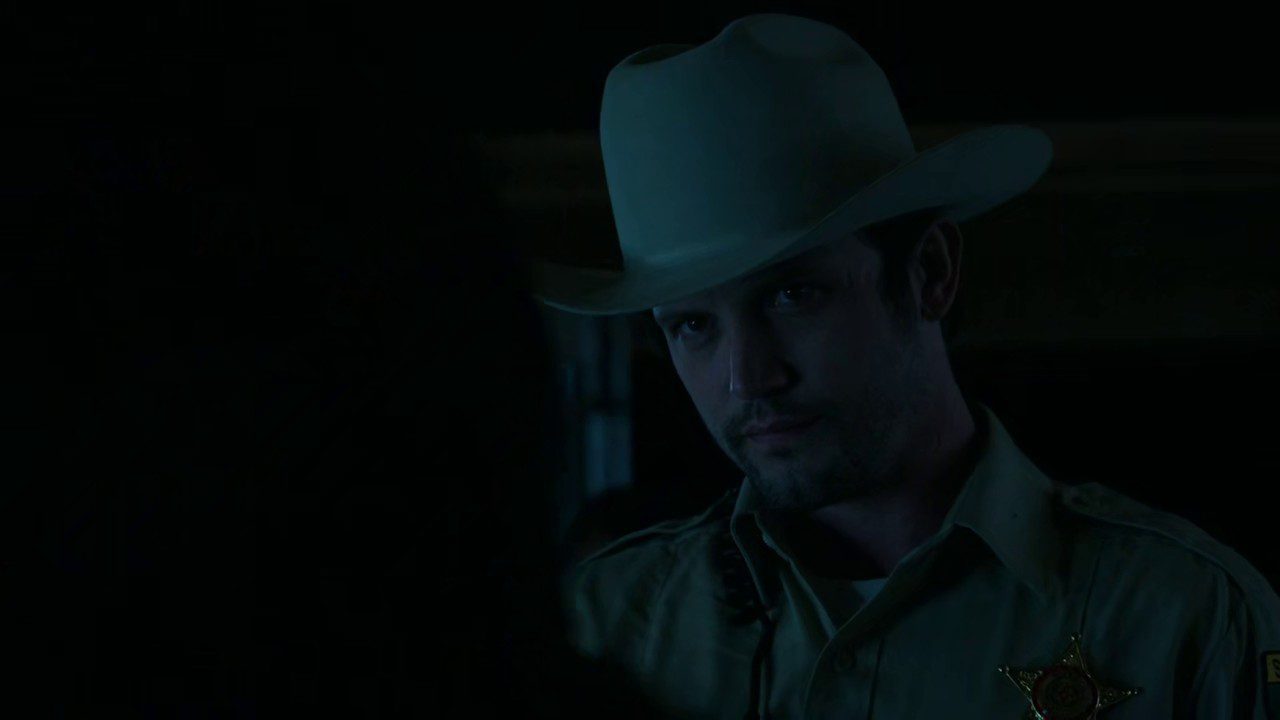 Roswell, New Mexico Season 3 Episode 7 is shouting all-around dangers. There has been a mishap, and the Max we thought was ours wasn’t the same Max at all. Quite confusing is it? So recently on the show, things cooled down after all the protests around. For a moment, there was a relief but no clue on Maria’s visions about the funeral yet. Then a bigger problem came when someone broke into Max’s house. Now we have Maria in a coma, and Kyle disappeared all at the same time. Thus the investigation begins on the person behind this.

Some have narrowed down things that The Regiment is behind all this. At the same time, there are different stories out there. Alex suspects the injured arm Ramos and when he does the DNA test. He finds out it could be Ramos behind Kyle’s disappearance. Then there are few other questions lying around here and there as well. Maria’s visions tell a different story than what Michael told. Plus, there was an alien sword near his house? Let’s find out what happened.

Previously in Roswell, New Mexico, we opened up with Alex and his boss Eduardo working on the Lockhart machine. Then they activate something unexpected, resulting in bats crashing into the window. Max reminisces the attack at his house to Liz and Michael. At the moment, they suspect the Regiment. Michael comes to the conclusion of Maria’s ability to change the future and also volunteers to check the flash Max believes he saw in the desert. Meanwhile, Isobel dives deep into Maria’s mind. 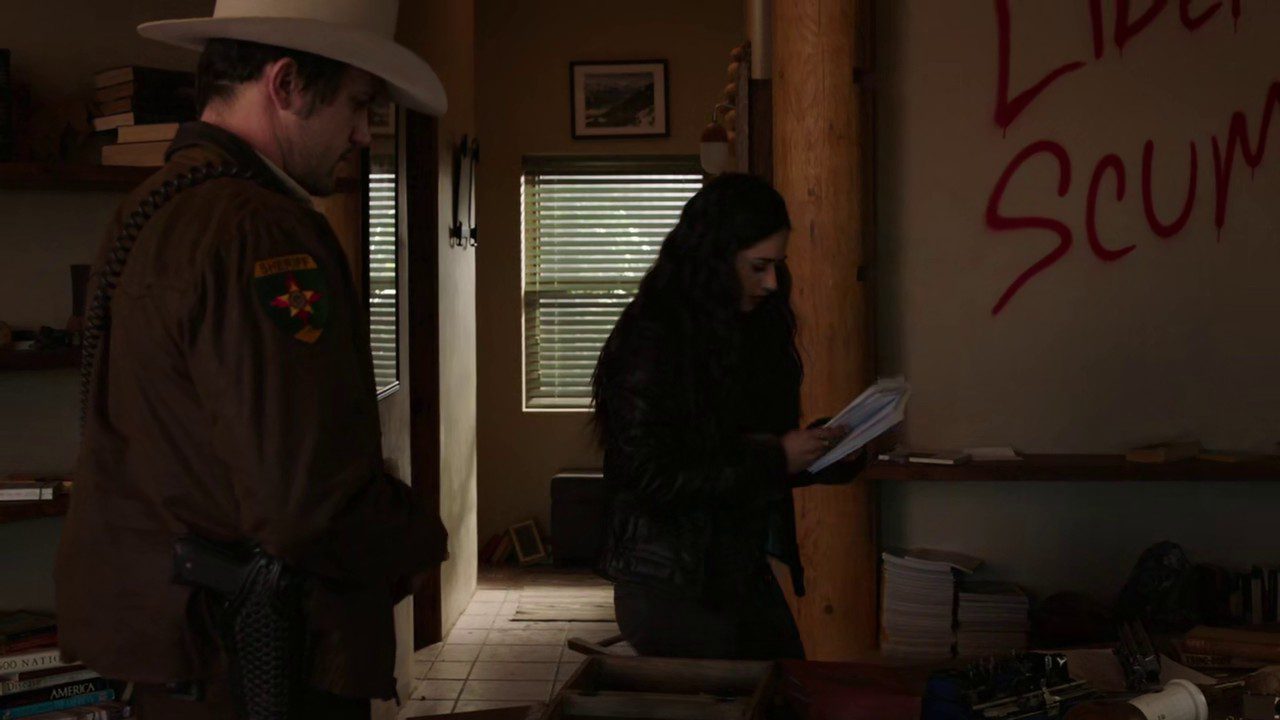 Liz and Max investigate Max’s home, and Jones’ dog right there leads them to the desert to a large empty hole he forgot to mention. Kyle’s radio is the reason behind the flash, and the tower’s around damaged. Max believes the alien glass inside is the reason. Now whoever stole from the hole has Kyle as well, who might have used the radio to contact. Max lets Liz on a secret by telling her that they had retrieved a sword made of alien glass from Jones and buried it there. But who if Jones is trapped.

Everyone gets to their work to figure this mess out. At Deep Sky, Ramos and Alex point out something wrong with Bat’s, and Alex notices the bandage on Ramos’ arm. Isobel realizes something is avoiding her from contacting Maria inside her consciousness. Until Rosa comes in talking about her heightened sense of hearing with earmuffs covering her. As Isobel comforts her, she realizes she could make use of this hearing to contact Maria. 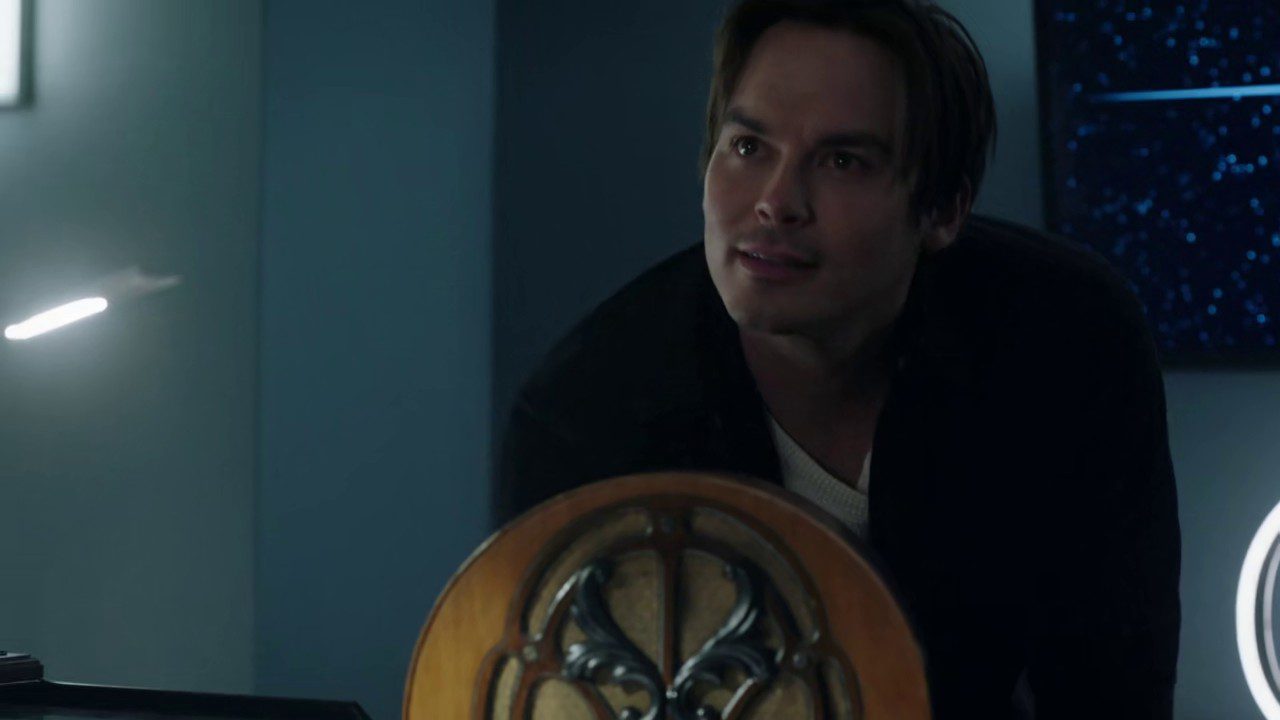 As Liz tests the DNA of the blood on the shovel used, Max tries to talk to her. Michael tries to take help from Alex about Kyle’s message, but he avoids it until the mention of shovel comes, and it reminds him of Ramos’ bandage. Walt Sanders suggests Michael move on and look elsewhere, like why the vampire bats were only affected. Michael realizes how the radio masked the real signal and follows the same to look for Kyle.

Meanwhile, Max comes across Sheriff Taylor, and a confrontation brews. Meanwhile, Alex joins Liz to help with samples. As Liz looks over Maria, she realizes Max might have accidentally put his hand over her head. So due to his powers, Maria went into a coma. Rosa and Isobel are following Maria’s consciousness at the same time.

The episode nears to end with Alex figuring out its Ramos behind Alex’s disappearance. Isobel and Rosa reach Maria’s memories and see what went down during the attack. They realize about Max is lying about him being attacked. They all come to the conclusion Max isn’t Max, but it’s Jones.

Roswell, New Mexico Season 3 Episode 7 is titled “Goodnight Elizabeth”. The official synopsis of the episode says the dangers are surrounding our team. Liz has an intricate plan to take down Jones, but it may come with its consequences that may put herself, Isobel, and Michael in danger. Meanwhile, Alex and Eduardo start connecting and sharing secrets with each other.