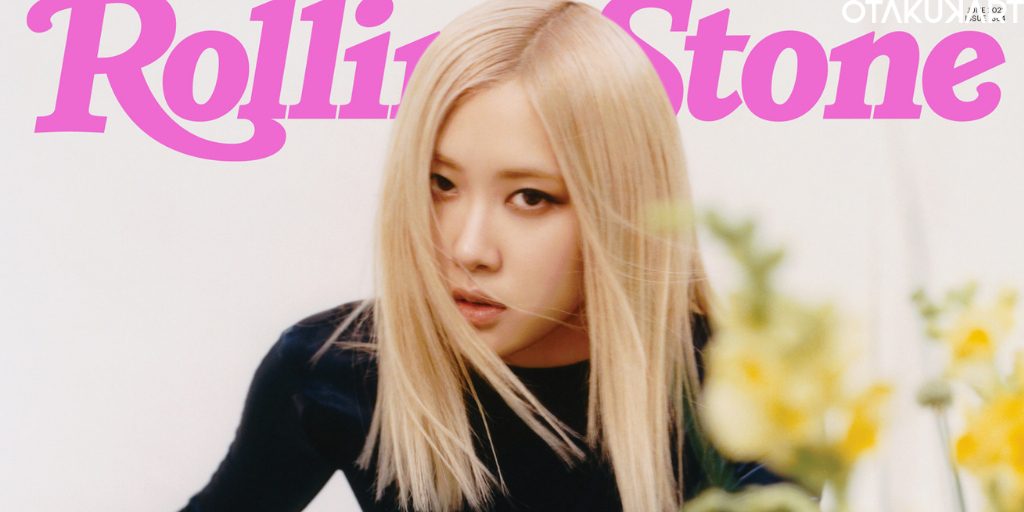 All the members of Blackpink had recently sat down with Rolling Stone, and the group’s main vocalist, Rosé, fed us with a lot of fun things to talk about. Rosé, or as fans like to call her, the K-pop idol with the golden voice, has made quite an unremovable mark in the music industry with her stunning vocals and awesome dance moves. Rosé has had a very busy year. From gracing magazine covers to covering some of her favorite songs, the K-pop idol could not even rest for a while. Although fans have been given a lot of Rosé content, they are more than happy to see her back with the members of Blackpink.

The last time that Blinks got an OT4 content was the Vlive that Jisoo, Jennie, Rosé, and Lisa had in February. And when Blackpink did get together once again, they joined hands to break yet another record. Rolling Stone first hinted at their collab just a few days ago, and fans had smartly already guessed what they were in for. Blackpink became the first Asian group to grace the cover of Rolling Stone. Doing an individual interview with Rolling Stone at YG Entertainment building’s Pho restaurant, Rosé talked about the pandemic’s effect on her, her insecurities, music, and more! Keep reading to know all about what she said.

What Was The Pandemic’s Effect On Rosé?

The pandemic had taken a terrible toll on us, and Rosé is no exception. She described her time in the pandemic as extremely terrible. Rosé is a workaholic so knowing that their schedule for the upcoming two or three months was completely empty totally stressed her out. How can she have no work? She would also have worrisome thoughts about how people might forte Blackpink by the time the pandemic ends. In addition to that, she just thought that her life was a mess if she was not working! Rosé says that looking back; she has realized how dramatic she was. She asked,” Why am I so dramatic?”.

Knowing Rosé, fans had already figured out that she was already trying to find a solution to her problem. She started thinking about how can she cope with the pandemic and be productive at the same. Fans might already know that Rosé is an extrovert being friends with half of the K-pop industry, like Girl’s Day’s Hyeri, TWICE members, and Red Velvet’s Joy. She is literally the definition of an extrovert. So, sitting in an empty room by herself filled her up with boredom. However, she decided to start acting like an introvert from a point. After the pandemic, even when she was in a room full of people, she just wanted to be alone. She thought,” Wow, is this what introverts feel?”

Long-time Blackpink fans might already know that Rosé’s love for singing has come from her childhood days. Rosé told Rolling Stone that her family had a really dull-looking old piano which was passed down to them from their Aunt, who had the piano for ten years. As the piano was working, she and her elder sister used to get piano classes. Rosé further on went on to say that she hated the piano classes a lot since their teacher had been really scary. Upon being asked whether parents forced their children to take piano lessons even in Australia, Rosé said yes. She had lived a normal Korean life. Her family used to live in this quiet neighborhood with old people, and they were the Asian family of the neighborhood. 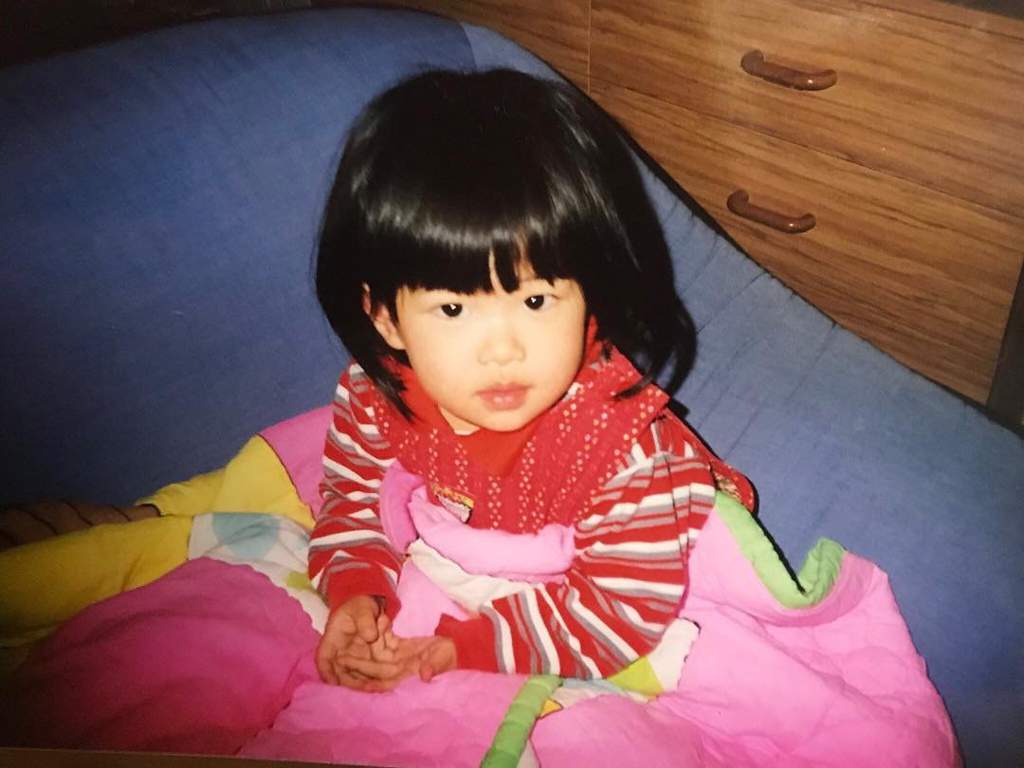 Coming back to the piano lessons, Rosé said that when she told her mom that she did not want to take those classes, her mom unexpectedly agreed. One thing that her neighborhood did not have was fast internet. For example, if they wanted to download a movie, it would take two days for it to finish downloading. So, her biggest companion at that time was the piano. As she had learned how to play all chords, she could easily play it anytime as, of course, the piano does not need charging or internet. 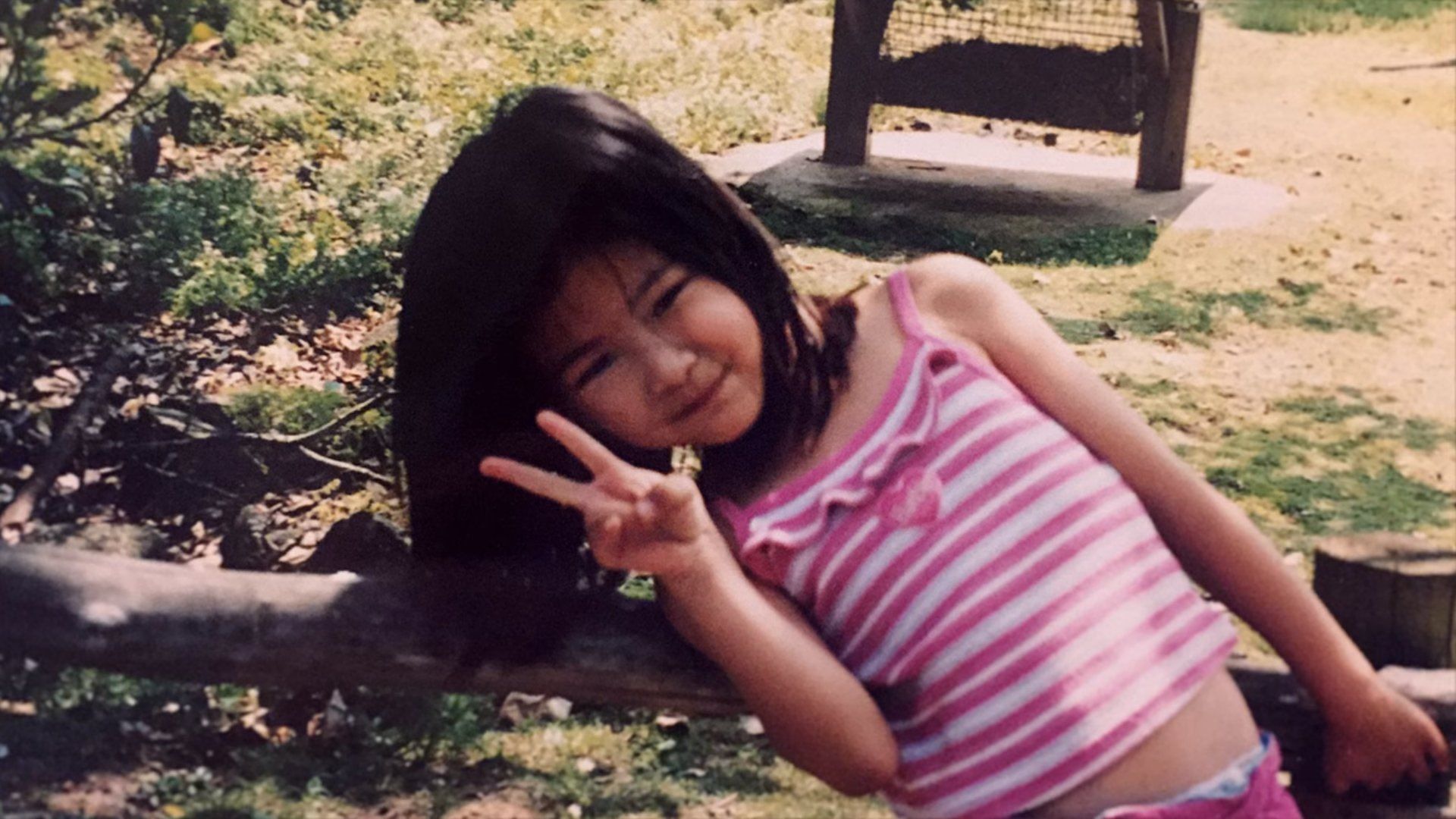 She said that her parents were busy with work, her friends used to live far from her, and her sister used to study. So after getting bored of watching the TV for three to four hours, she would resort to playing the piano until her parents had to come down and tell her to be quiet since it was time to sleep. Rosé disclosed that her sister, later on, told her that her mom, dad, and sister used to have a meeting upstairs while she was singing downstairs to discuss who would go next to tell her to go sleep and stop singing or playing the piano. She laughed it off by saying that she was grateful that they did not crush her dreams! Her family is truly very supportive of her!

While talking about her childhood home, she said that it was a cozy two-storey home, and they had a dog. What she remembers is that there were a lot of lizards in their house. When they used to put their shoes outside, the lizards would get inside their shoes. Lizards and cockroaches were everywhere, and they still traumatized her!

The Singer Talks About Music

Rosé says that for her, everything comes down to the music. While being caught up in her schedule for the past two to three months, she had forgotten how much she loved to sit and just sing. And when she got her time off, that is when she started to get reminded of how much fun and healing it is just to play her guitar and start singing. Surprisingly, she wanted her room to be completely empty so she could utilize this time for herself and sing. She even told her mom not to come to her house for a few days. 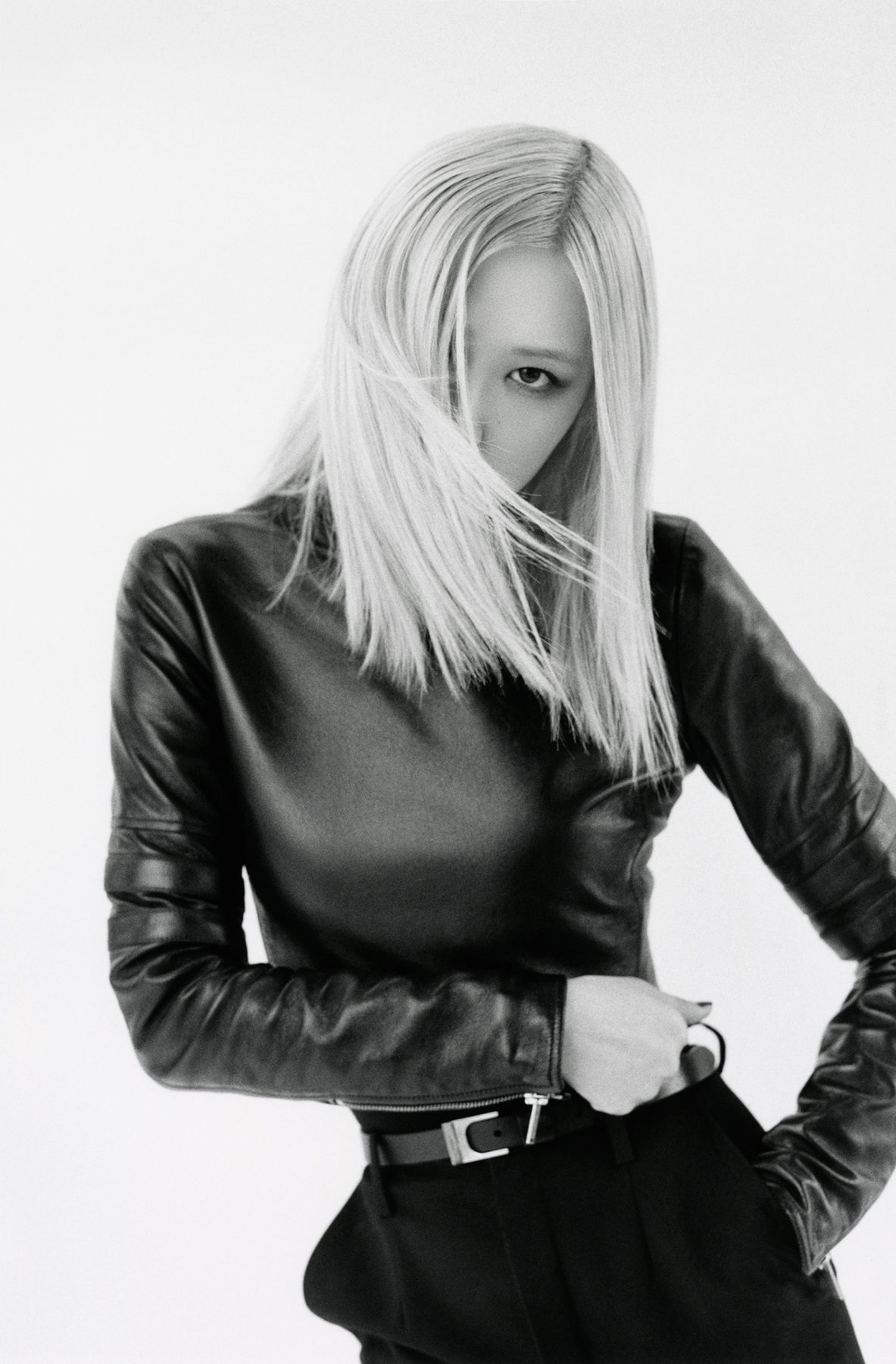 Rosé said that these holidays of her brought back memories from Australia when she used the iPad that her father had bought for her and recorded herself singing and then listening to it and then practicing again. She started to pick up the songs she liked and just started singing to her heart’s content. Rosé even added that thanks to the music, she can do all of these cool photoshoots and have a blast working on various campaigns and more! Lastly, she said that as corny as it may sound, she really really loves music!

All of us have our insecurities, and as Rosé is a human being too, she has her own. She said that she could be hard on herself sometimes. If she looks at someone who is very confident in themselves, she will respect and admire them even more. Every day, she takes steps to make herself even more confident. Rosé agreed that insecurities are not really negative things. She said that as she grows up, she understands how important being full of tension is. Life is very bland without tension, says Rosé. Back in her trainee days, she would feel fed up with feeling nervous and just wanted to feel relaxed. As Rosé says, being nervous about something means you really care about it, and that makes life this interesting and fun. 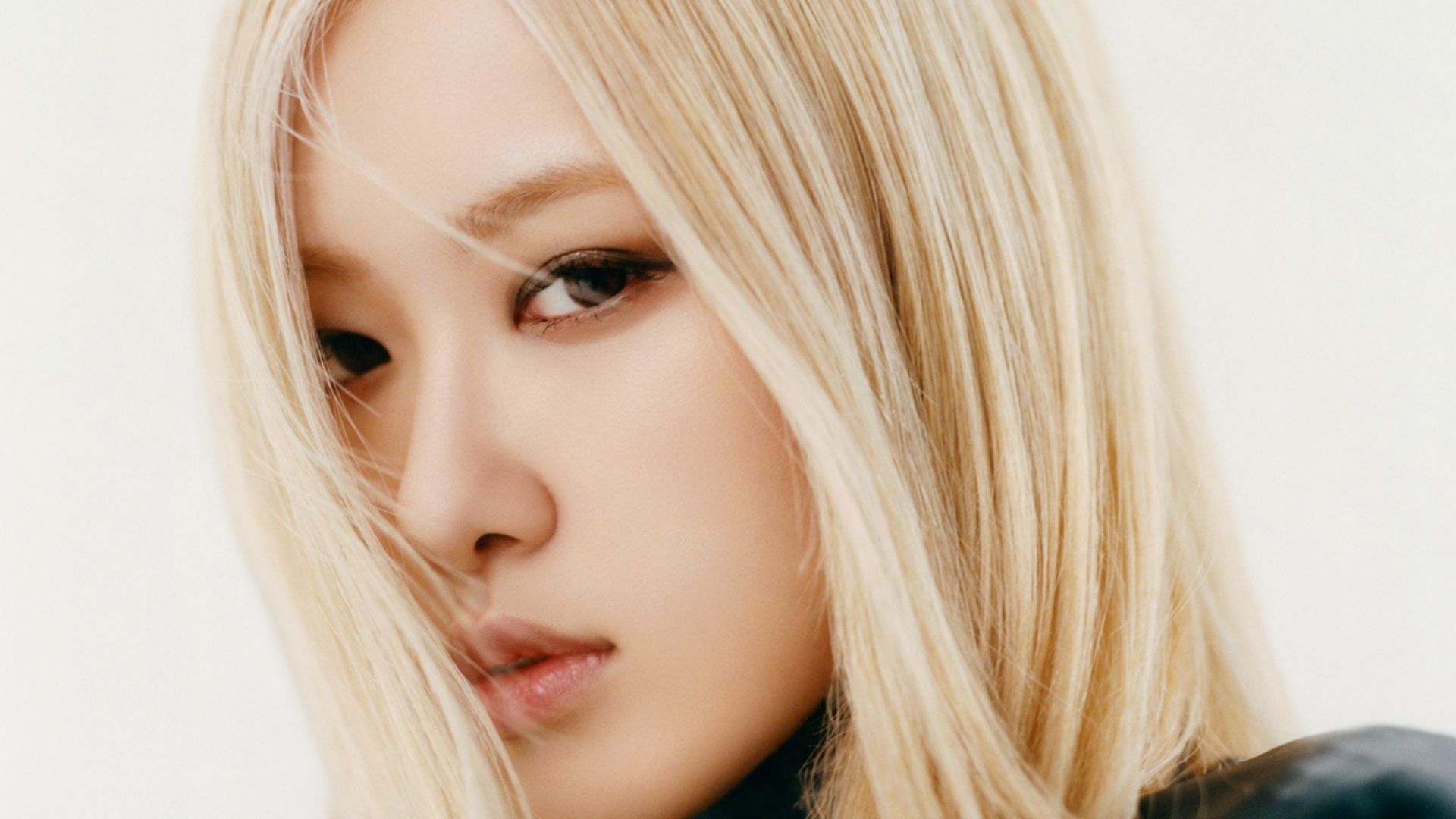 When she was asked why she felt this way, Rosé started crying. She started laughing at herself when tears started falling. Seeing how Blackpink has been in the industry for six years now, she has come to realize that there must be a proper balance between feeling comfortable and feeling vulnerable. Too much of any of the two might make things awry. Rosé told Rolling Stone that she loved the feeling of vulnerability, the feeling of craving something so much that she absolutely loved it! Rosé even told Rolling Stone that her latest inspiration is none other than Dua Lipa. She said that she had attended Dua Lipa’s concert recently and had been in awe of her live singing and had been taking notes the whole concert! We can see Rosé fangirling over Dua Lipa!

Rosé Talks About Her Solo Debut

Rosé said that her solo debut had been very challenging. Being away from Blackpink had made her realize how big of a support her members were for her. Being alone frightened her. Whenever she was worried about something, she would ask for their opinions first. The members were also there for her during her solo era too, helping her out here and there. 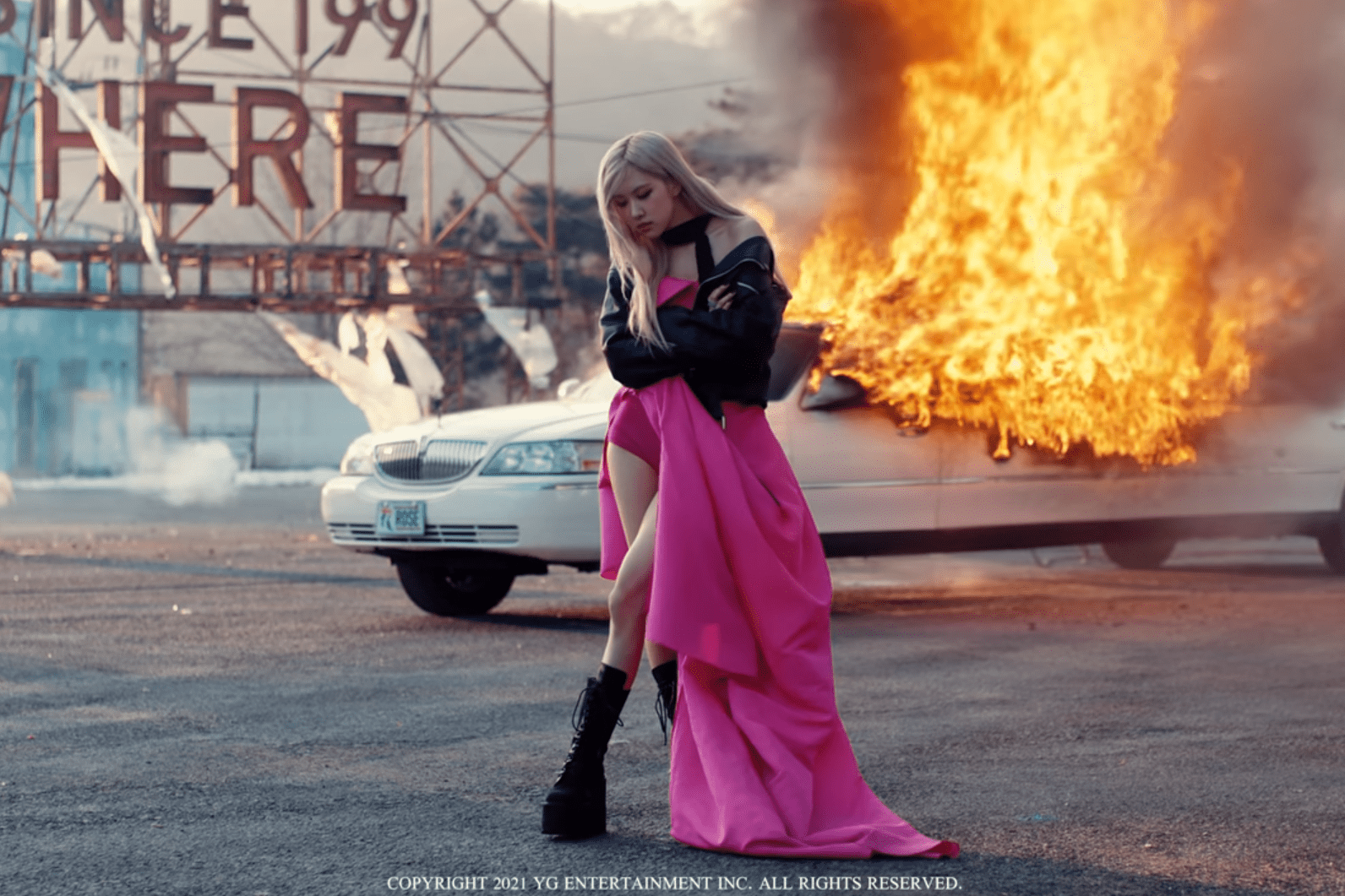 For Rosé, the phrase ‘on the ground’ means just hanging out with your loved ones and doing what you love the most. She realized this when she, the members, and Teddy had been very hungry and just ate good food at a restaurant together. This is what ‘on the ground’ is for her, behaving like normal people. Music is quite an extraordinary thing, and everything she needs is on the ground because this is where she started!

Will Blackpink Be Ever Over – According To Rosé?

Here comes the most important question, does Rosé think that Blackpink will ever end? She says that it is quite dumb of her to think so since Blackpink is a part of her and is inseparable from her, and all four of them will always be one! She says that things you love so much and never want to lose makes you worry like that!