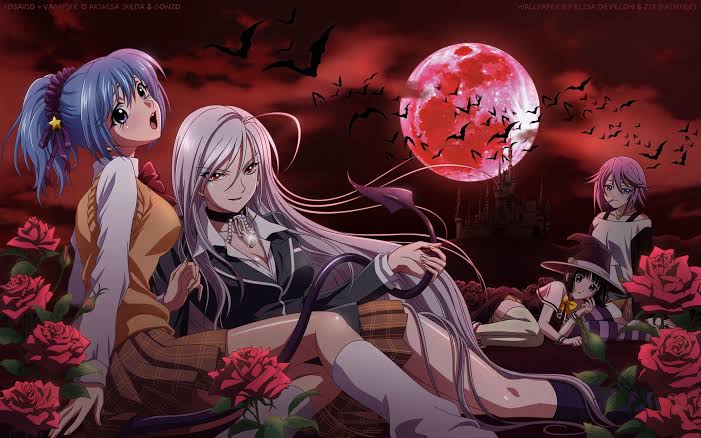 On the 3rd of January, 2008, the official producers of ‘Rosario To Vampire’ premiered the first episode of the animated television and web series. After being directed by the great Takayuki Inagaki, the animated series had been produced by the ‘Gonzo’ studio house. ‘Rosario To Vampire’ consisted of two seasons, with each season including thirteen episodes. The crew was also made up of talented artists such as Kohei Tanaka and Shiro Hamaguchi who handled the official soundtrack of both of the seasons of this animated television and web series.

Official trailer of ‘Rosario To Vampire’

What is the main plot of ‘Rosario To Vampire’?

The plot of ‘Rosario To Vampire’ revolves around the main character of the animated series called Tsukune Aono. Tsukune was an ordinary high school boy but his grades were really bad and below average. Henceforth, he was not being able to enroll in any of the good high schools in his locality. Nonetheless, Tsukune’s parents somehow managed to find a remote and secluded boarding school in which they were able to enroll him. The private school was called the Yokai Academy and it had a dark secret.

Each and every student of the academy was either a monster, a witch, or some sort of supernatural creature. In other words, Yokai Academy was an institution for monsters. Without having any knowledge about this secret, Tsukune was the only human being in the school. The students of the Yokai Academy were taught how to coexist with human beings. Nonetheless, if a human being was to be spotted on campus, the monsters were supposed to kill him or her. This is where Tsukune met one of his closest friends called Moka Akashia.

Moka was a student at the Yokai Academy and she was also Tsukune’s first friend at the institution. Moka was also a vampire who was extremely powerful and protective of Tsukune. As the bond between Moka and Tsukune deepened, he started making more friends and all of them were something supernatural. The theme of harem is perfectly highlighted through this animated series. The plot of ‘Rosario To Vampire’ unravels as Tsukune and his group of girlfriends tackles down various hurdles while slowly falling in love with him. 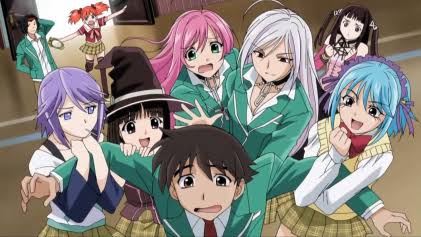 The Main Characters Of ‘Rosario To Vampire’, C(Gonzo)

Unfortunately, the production of the third season of ‘Rosario To Vampire’ has not yet been disclosed by the official producers of the animated television and web series. In all probability, the third season of ‘Rosario To Vampire’ will not go under production as it has already been over a decade since the previous season has been released. Nevertheless, nothing can be said unless a proper statement about it gets released.

Where can you watch ‘Rosario To Vampire’?

‘Rosario To Vampire’ has been made available for you to watch on online platforms and websites such as Crunchyroll, Netflix, and Funimation.