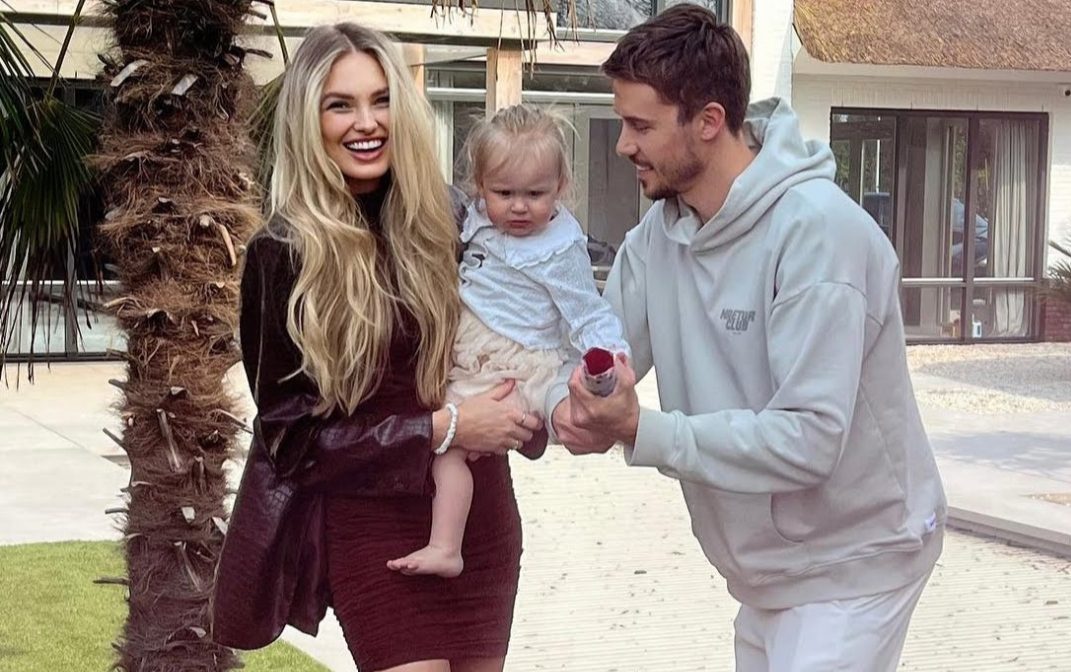 Romee Strijd pregnant, revealed the sex of the baby in her new Instagram post. Congratulations are in order as the Supermodel, Romee Strijd announced her pregnancy. The Victoria Secret’s Model has welcomed her daughter Mint in December 2020 with her long-term boyfriend Laurens van Leeuwen. The family of three is now all set to extend their family and welcome a new member. She has recently announced the sex of her baby. Romee and her boyfriend got engaged in January. The couple is dating for around twelve years.

Strijd shared the good news with her fans about her engagement. The beautiful model celebrated the occasion with a series of pictures featuring her boyfriend and her cute little daughter Mint. Her post with a beautiful caption, “I said Yes” steals the heart of the people. Their fans are very happy for Romee and her boyfriend at the start of this chapter of their life. She is all set to walk down the aisle and now has announced her pregnancy. The beautiful news served as the cherry on the cake. The couple is very excited to welcome the fourth member of their family. Romee has always been very vocal about her love life. She often loves to share pictures with her boyfriend now fiance. They are head over heels in love with each other. Here in the article, we will talk about Romee Strijd’s pregnancy.

Romee Strijd Pregnant, Revealed The Sex Of Her Baby

Romee Strijd is pregnant with baby number two. Last month, the beauty took her social media account to announce that she is pregnant. The Victoria’s Secret model posted a picture of her with her daughter Mint and her fiance. Her daughter was seen leaning from her father’s arm, kissing Romee’s belly. All were wearing white dresses. Romee cautioned the beautiful picture, “Soon Going To be Family of 4. Can’t wait to welcome you.” 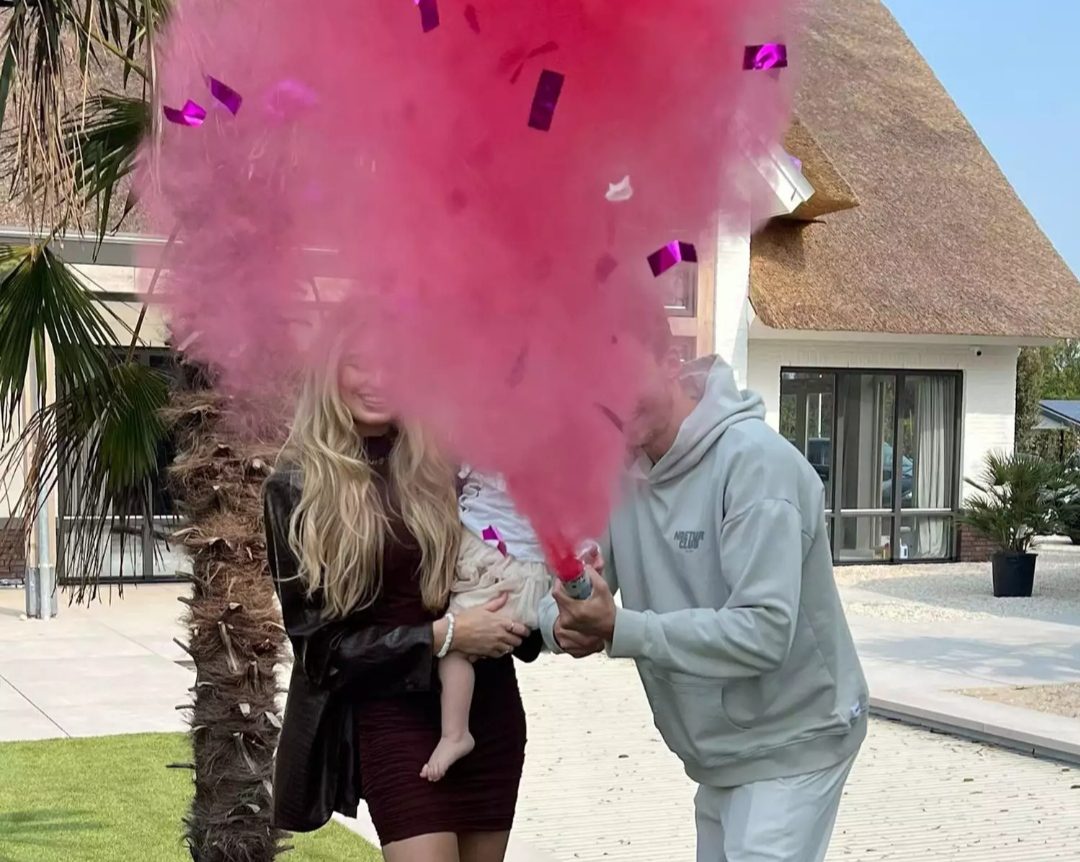 Romee Strijd with her boyfriend and daughter Mint (source: Instagram)

Her fans and co-star constructed the couple for the good news. The Dutch model and her boyfriend are already a parent to a beautiful daughter, Mint who is 18 months as of now. On Monday, the couple again took their Instagram account to reveal the sex of their baby.

Romee shared a series of two pictures along with her fiance Laurens van Leeuwen. In the first picture, she was seen carrying her baby Mint in an elegant maroon dress. Meanwhile, her boyfriend was seen helping Mint to release the confetti popper. She captioned it, “Swipe next to see, boy or girl?”

In the second picture, the pink glittery shot was seen coming out, indicating the couple is ready to welcome a daughter number two. Romee Strijd is pregnant with baby number two, a girl.

All About Her Career & Early Life!

Romee Strijd is a Dutch model who is best known for working with Victoria’s Secret. She has worked with several brands and is a very famous supermodel. The Victoria’s Secret angel appeared in their Annual Fashion Show from 2014 to 2018. Born in Zoetermeer, Netherlands, Romee is ruling the industry since 2009.

She was born on 19 July 1995, which means next month she will be 27. As per her physical appearance, Strijd stands at the height of five feet eleven inches and has blonde hair.
The Instagram sensation is also known for her blue eyes. 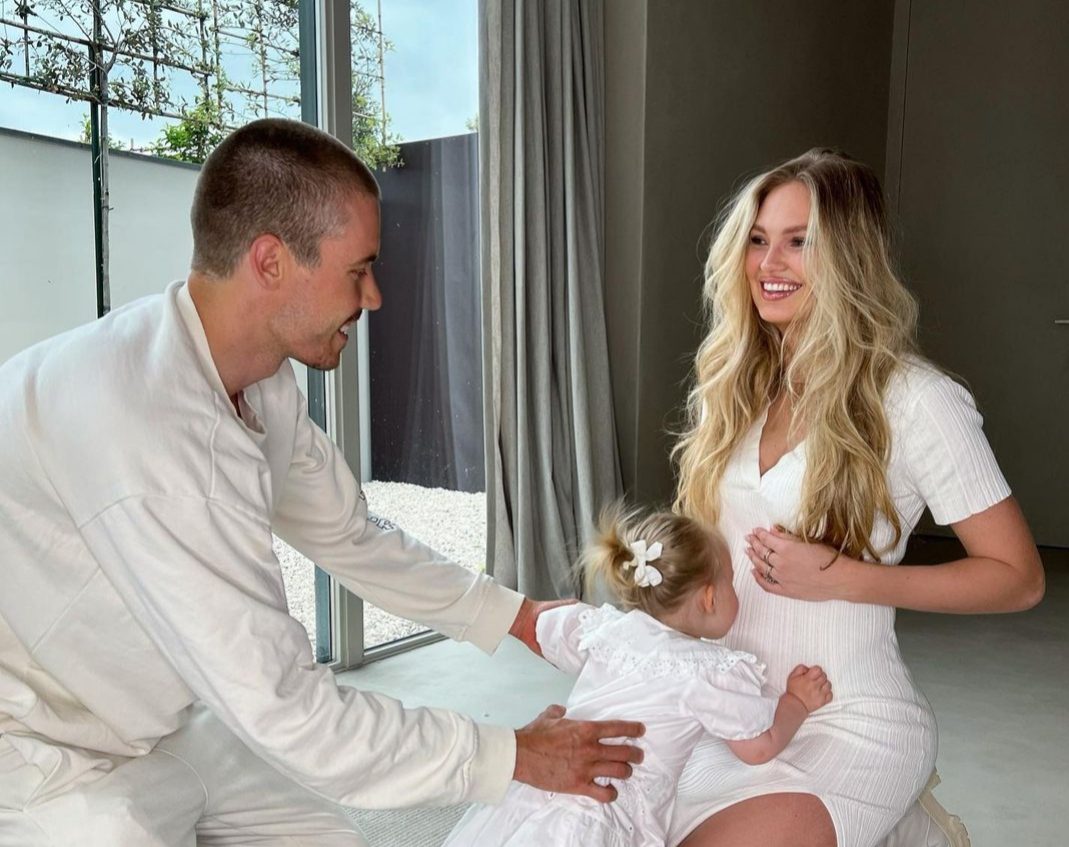 Romee Strijd with her boyfriend and daughter (source: Instagram)

She worked for IMG Models. Romee enjoys a fabulous fan base on social media. She has around 7.5 million followers on Instagram. Modelling had always been her passion since she started working at the age of 15. Over the years, Romee worked with servile top magazines and brands. She is best known for being on the cover page of Vogue, Elle, Exit, Bazaar, Unconditional magazine and Maxim.

Apart from modelling, she also has a Youtube channel that she started back in 2017. Her channel recorded 1.87 million subscribers and 170 million views. She is dating Lauren Van Leeuwen since 2010. Lauren is the son of the television presenter Bert Van Leeuwen