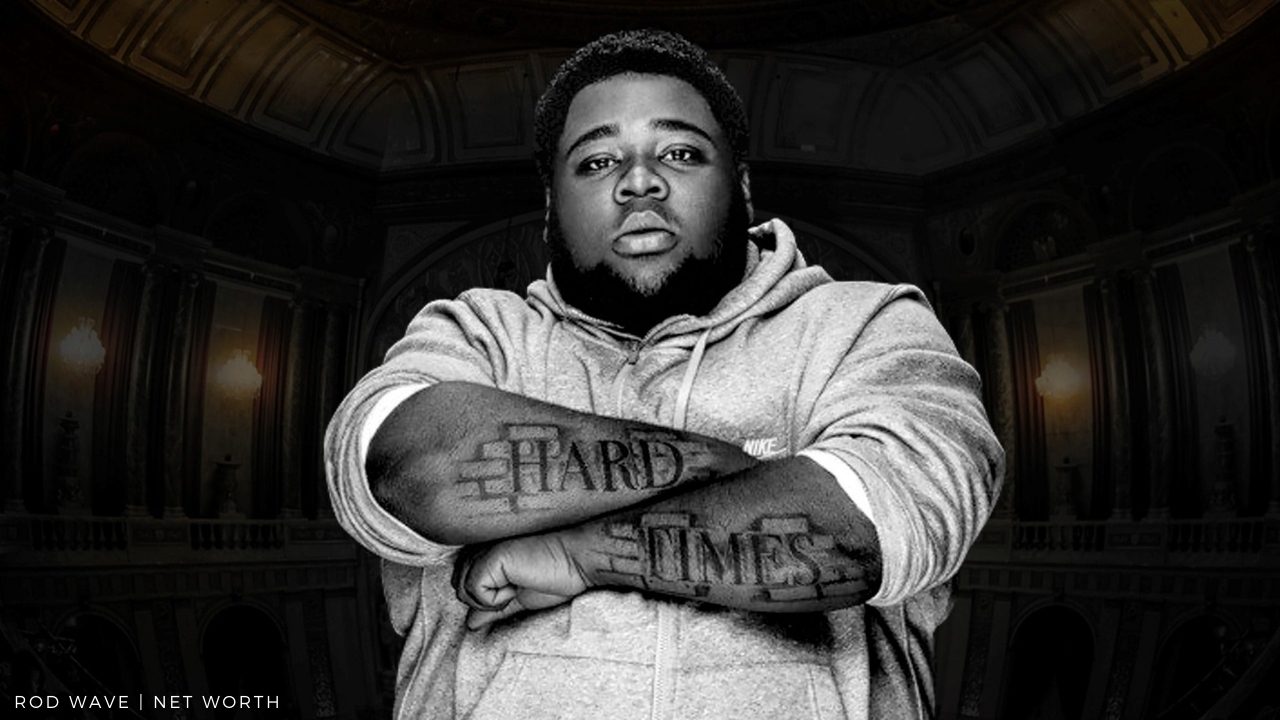 Rodarius Marcell Green, professionally known by the name of Rod Wave, is an American rapper, singer, and soulful song writer. Rod Wave was born on 27th August 1999. Born and brought up in St. Petersburg, Florida, his love for singing was from a very young age. From the 5th grade itself, he started rapping. He realized the potential within him. He just needed to keep on practicing and nurturing until 0ne day he would see himself on the big stage. However, life is always not so easy for those who dream big. Because his dreams must have started in his childhood itself, but his professional career started many years later, in 2015. Today his Net Worth is more than $2 Million.

His 2019 single, “Heart on Ice” became his road to recognition and swept the social media platforms like YouTube, TikTok. Thereafter, his debut album “Ghetto Gospel” featured at No.10 on the US Billboard 200. Since then, all his albums were peaking in the billboards. Rod Wave soon became a well-known figure in songwriting, the combination of Hip-hop and R&B. His music is an extension of his personal life. He could easily appeal to the listener’s sentiments. The origin of his musical career could be traced to the release of his mixtapes. His mixtape release, PTSD, included the iconic song, “Heart on Ice” which went viral on YouTube and TikTok.

Rodarius Marcell Green, an incredible story of a boy, brought up in a broken home and far from an ideal father, whose determination and a sweet voice helped him move from a life of street crime to a successful musical career. Frequent run-ins with the authorities made him say goodbye to a happy childhood and smooth school life. Rod Wave’s singing career began in his school life as early as in the 5th grade. Realizing his potential as a singer, his colleague encouraged him to sing and record. Soon his colleague uploaded the same on the Internet. It was his friend who initially helped him to further his dream. Rod Wave’s musical journey was shaped by many greats, like Kanye West, E-40, Kevin Gates to name a few.

For this singer-songwriter, music saved his life. From a street fighter to a street star, Rod Wave is now actually living his life. He has a good reason to wake up every morning, make music about real life, entertain people through his albums. His huge fan base can easily relate to him. His days of struggle made him come across as genuine and straight from the heart which was hugely appreciated. Currently tied up with Alamo records, Rod Wave with 20 million streams is having a Net Worth of US$2.5 Million. His main source of revenue is music and brand endorsements. With every track of the album, Ghetto Gospel witnessing a million individual streams, he proved talent has no limits! Rod Wave’s net worth has been growing over 60% per year. His Annual Income this year has been estimated at around $350,000.

His characteristic self-effacing, humble, and grounded Virgo spirit came out in the album “Pray 4 Love“. He reminiscences his difficult life owns up the flaws and does not blame anyone. This impressive album is a mix of singing and melodic rapping. His musical accompaniment, the piano, conveyed his sadness, exposing the underbelly beneath the glamorous mask. With the release of SoulFly, he is the first St. Petersburg native to have the number 1 album in the country. Apple music even ranked the tracks as one of the most played songs. As he said, “Dreams come true, you gotta chase it”. A firm believer in the Almighty and the most valuable resource, time, Rod took on the rough life without losing faith in himself and said, ”His darkest times taught him to shine”.

With over 40 events lined up in the coming 6 months, this popular artist on YouTube has 29 million weekly views. The audience clings on to his soul-touching voice. As he says, “Who can you trust in this cold world, better get a blanket”. It is just a matter of time; this young singing star would become a household name. After his latest hit “Soulfly”, Rod Wave’s Instagram account has reached a massive fan following of 4.3 million. With 3 Albums, 5 Mixtapes, innumerable singles, and certified songs, this young singer has aimed nothing short of Platinum.

Also Read: Soulja Boy Net Worth: How Does The Rapper Make His Money?

Josh Peck Net Worth: How Rich Is The Nickelodeon Star?