American Actor Rob Schneider is known for his comedy movies and stand-up comedy. 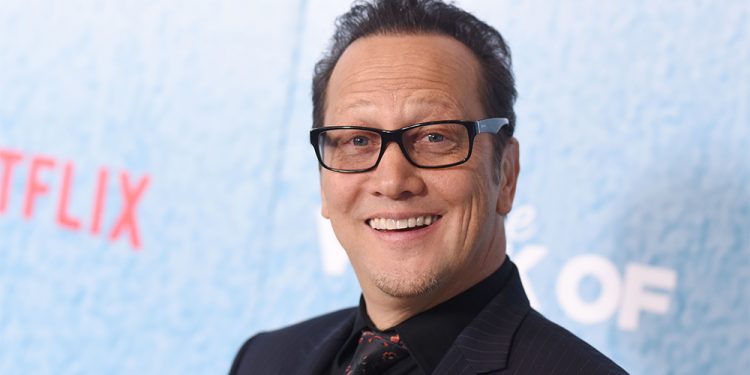 Rob Schneider is a famous comedian and actor from America mostly known for his comedy films and sitcoms. So, what is Rob Schneider’s net worth? The actor had managed to earn a huge fortune through his hard work ever since he entered Hollywood. Now, he boasts a high amount of net worth in his long career and still going on. In fact, one of the films of the actor is due for release in January on the Netflix streaming platform. Rob also joined Dead Wrong casts in December 2021.

The actor is not only earning but also an avid spender in luxury and vintage collections such as unique cards, watches, paintings, etc. He also has his website and does tours occasionally. Schneider also has his own podcast, See What Happens, with his wife, Patricia Azarcoya Arce. The actor also acted as a voice cast for various animated films and two video games. Besides, he is also known for creating shows and serving as a screenwriter.

Rob Schneider’s Net Worth: How Much is the Grown-Ups Actor Earning in 2022?

Rob Schneider’s net worth is estimated to be $15 million currently. His main source of income is from his career as an actor, director, comedian, and screenwriter. Rob’s successful career and appearance in several television sitcoms, series, and films made him his current net worth. Furthermore, he also directed, served as a screenwriter, and lent his voice for several films. Schneider also has his usual stand-up comedian performances routines and started his career from the same in Saturday Night Live. Apart from that, the actor loves to spend his money on luxury cars, watches, houses, unique cards, jewelry, and vacations. In fact, one of his children, Elle King, is a famous American singer. His brother, John Schneider, is also in the Hollywood industry, just like him.

How Much Did Rob Schneider Earn from Films?

Rob Schneider’s first movie was Martians Go Home that got released in 1990. The film made $129,778 at the box office. In 1993, got seen in three movies, Surf Ninjas, Demolition Man, and The Beverly Hillbillies in supporting roles. Two movies from them were box office hits which earned way more than the budget in millions. His 1995 movie, Judge Dredd, was another hit that made $113.5 million in the box office. Schneider’s other film is Grown Ups which still remains the favorite comedy film of many. The film earned thrice more in the box office than the budget.

Rob Schneider in the Saturday Night Live and Other Television Series

Rob Schneider started as a writer in Saturday Night Live in 1987. Later on, he became a full cast member of the series in 1988 and stayed with them until 1994. He played characters such as The Sensitive Naked Man, Tiny Elvis, Carlos, Orgams Guy, and Richard Laymer in the SNL. After that, he played the leading role for two years in Men Behaving Badly. Then. he again starred in the leading role in the Rob series. Rob also acted in the leading role as an executive producer and creator for Real Rob from 2015 to 2017. In 2021, he appeared in the Masked Singer but got eliminated in episode 6.

Rob Schneider’s Lifestyle and Other Luxuries

Rob Schneider is known for collecting unique and expensive baseball cards from the 1950s or 1960s. He had several expensive, such cards costing almost $175,000. Schneider is also an avid collector of jewelry that is worth thousands of dollars. He has numerous watch collections, several of which are Cartier pieces. Rob sold one of his houses at $3.9 million in 2009 that he brought at $1.9 million. He sold another of his LA home at $1.09 million in 2004. Another one of his hobbies is collecting eye-catching and rare paintings. He also has several luxury cars.

Also Read: Why Was Rob Schneider Not In Grown Ups 2? Reasons For Rob’s Absence

Can Nolan Put Jason Behind Bars in The Rookie Season 4 Episode 11?