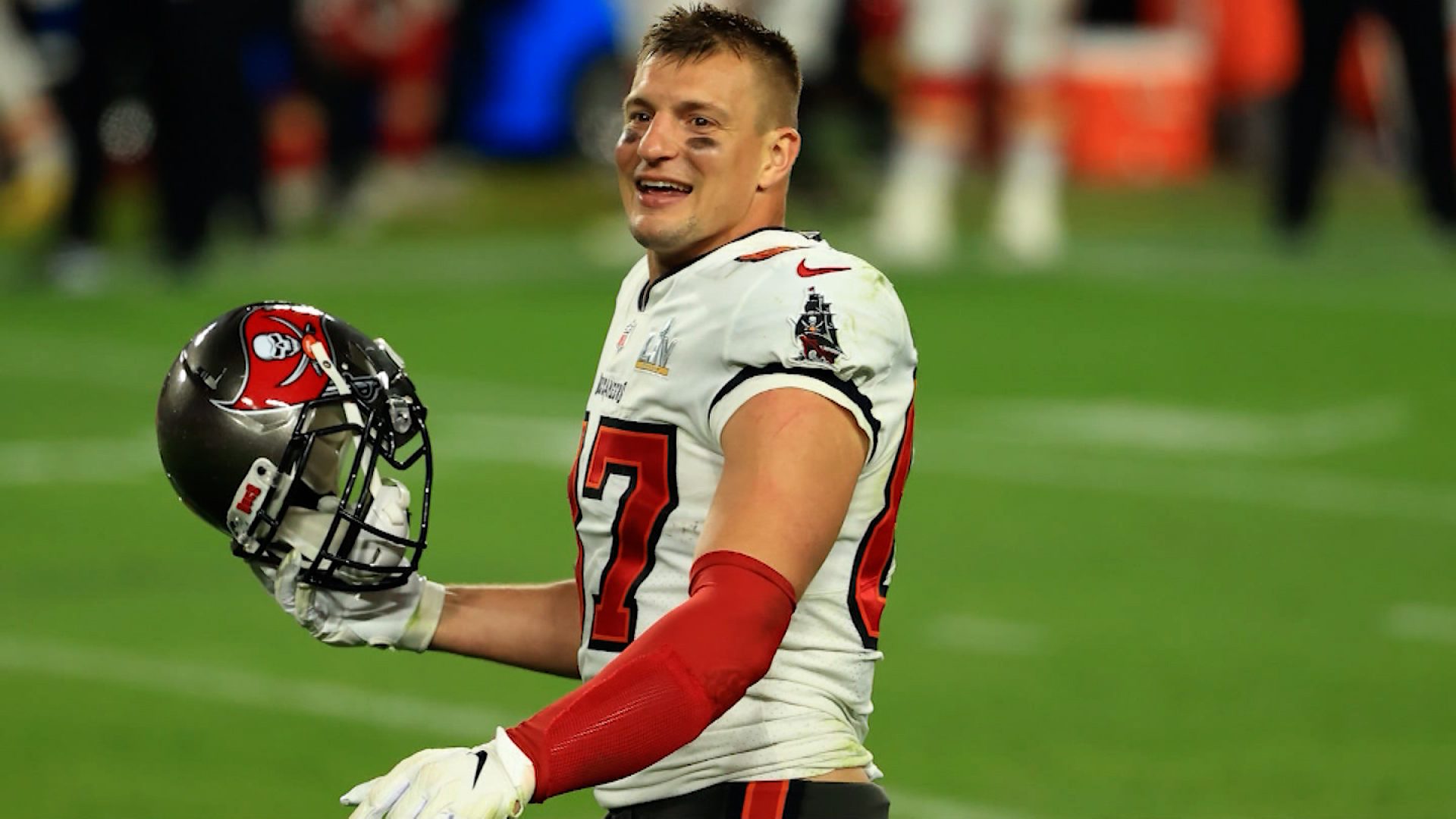 Rob Gronkowski is a famous football tight end for the Tampa Bay Buccaneers team. In this article, we will talk about Rob Gronkowski net worth and his personal life. Through his professional football career, he has earned millions of dollars. Apart from football, he has been endorsing various brands such as Nike, Dunkin’ Donuts, Lyft, Cheerios, Monster Energy, etc. Rob has also invested in a cannabidiol oil company and even published his memoir. The hard-working and outstanding football player has found his mate, who has been with him through all thick and thin.

Before Tampa Bay Buccaneers, Rob played for the New England Patriots. His NFL career has recorded 566 receptions, 8484 receiving yards, and 86 receiving touchdowns. Rob Gronkowski is also the recipient of numerous awards, such as NFL Comeback Player of the Year, four times Super Bowl champion, NFL 2010s All-Decade Team, five times Pro Bowl, NFL receiving touchdown leader, etc. No wonder he is known as an NFL supernova. Even with boyish humor, Rob is pretty mature. With all the prize money and contract money he has received, Rob has been putting them to good use. His exceptional performance and dashing yet boyish character attract various media, making him more popular among fans.

Robert James Gronkowski was born on 14 May 1989 in Amherst, New York, to Gordon Gronkowski and Diane Walters. He has four brothers named Gordie, Dan, Chris, and Glen. However, Rob is the youngest among five siblings. His whole family, including his father and brothers, all played collegiate sports and later professionally. He attended Williamsville North High school and Woodland Hills High School. After graduating from high school, Rob enrolled at the University of Arizona as a pre-business major. He played for the Arizona Wildcats football team under head coach Mike Stoops from 2007 to 2009.

His professional football career began in 2010. Rob was drafted by the New England Patriots in the 2010 NFL draft, where he played nine seasons. During this period, Rob was injured numerous times. After suffering from multiple injuries, Rob eventually retired for 13 months. Afterward, in April 2020, he joined Tampa Bay Buccaneers, which is his current team. His football path was now smooth and easy. However, he overcame all those obstacles. Therefore, Rob has been awarded for his excellent performance and outstanding contribution to the sports industry. 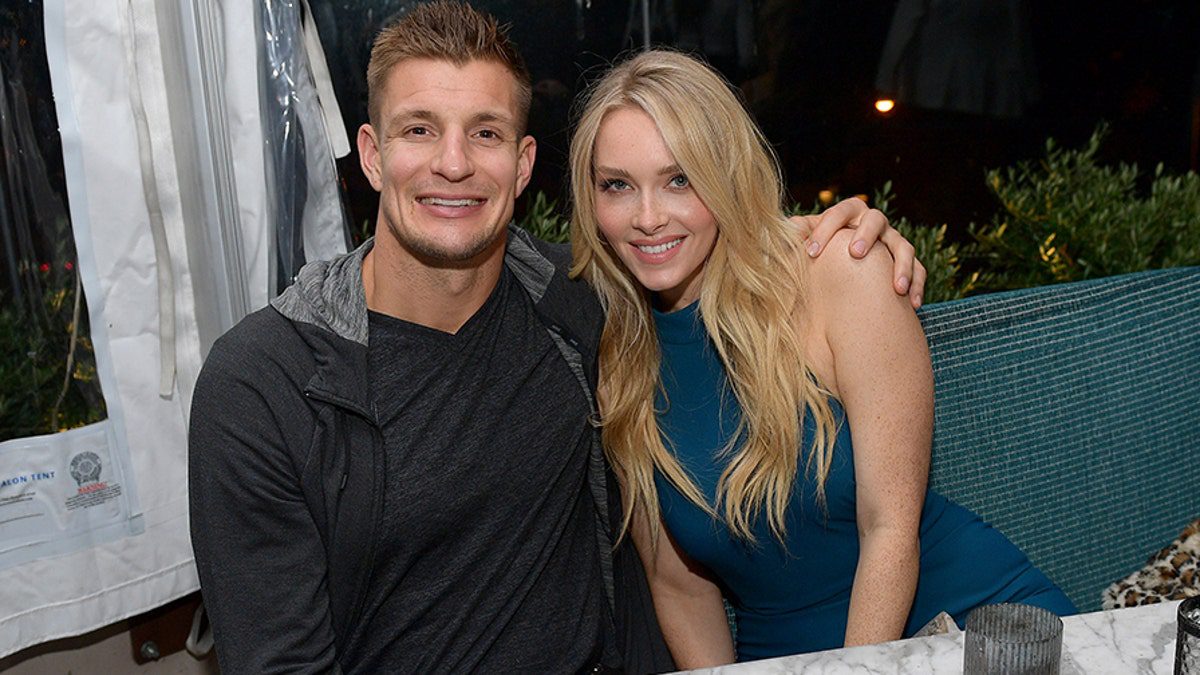 Now remains his love life. Gronkowski’s dating life is like an open book. Rob has been dating model Camille Kostek since 2015. The couple met for the first time at a Patriots charity event on Thanksgiving 2013. It has been more than five years, and still, the pair is growing stronger together.

Rob Gronkowski net worth is estimated to be $45 million as of 2021. His primary source of income is his professional football game. According to sources, his base salary is $9 million. With a six-year contract extension with the Patriots in 2021, Rob has earned $54 million annually, making it the most expensive contract for a tight end in the league. Besides being a footballer, he is also well known for his charming and boyish personality. That lands him on the piles of various endorsements and investments.

He has been endorsing numerous brands. According to reports, he has earned more than $8 million merely from brand endorsements. He has made deals with various big names, such as Cheerios, DraftKings, Dunkin’ Donuts, Bodyarmor Superdrink, video game Halo and Mobile Strike, Kids Footlocker, Lyft, Oberto, SixStar Pro, Monster Energy Drink, Tide, T-Mobile, etc. By reading such big names, we can say that he has the perfect face and charm every commercial director seeks. 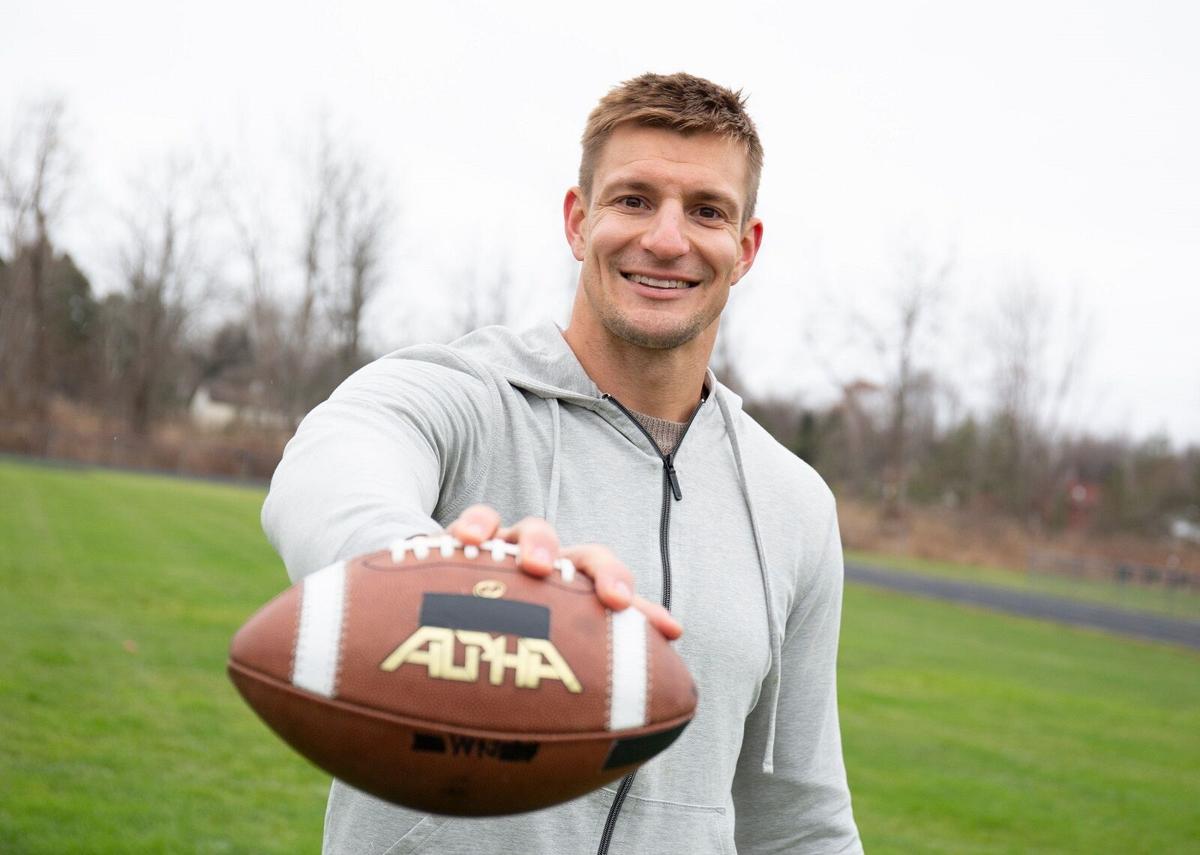 His Other Income Sources

Rob partnered with a cannabidiol oil company named CBDMedic. The company uses the non-psychoactive components of the cannabis plant to deliver pain relief creams. Not to mention, Rob is the co-author of “It’s Good to be Gronk” his memoir that became a New York Times Bestseller. In 2015, it was published by Simon and Schuster and Derek Jeter’s Jeter Publishing. Gronkowski has also imprinted his name in the entertainment industry, such as co-hosting sports television shows on Nickelodeon. He has also appeared in several films and TV shows, such as American Violence, You Can’t Have It, The Clapper, Entourage, Boss Leve, Deported, etc.

According to reports, Gronkowski has been spending the money he earned through endorsement and other business ventures and never once used his NFL paychecks. But that does not even make him any less rich. At present, he owns two houses in Foxborough, Massachusetts, spread over 1.5 acres of land. Rob resides in a six-bedroom penthouse worth $1. Million. He is also known for having an exquisite luxury and sports cars collection that includes Audi, Bentley, Mercedes-Bez. Besides all of this spending, Gronkowski also participates in charity work. He is co-founder of the Gronk Nation Youth Foundation. All of his fortunes are hard-earned money, which is an outcome of his hard work and excellent performance in the football sports industry.

Read Also: Joe Namath Net Worth: How Rich is the Football Star?