Roadkill Ending Explained: Will Peter Be Safe as a Prime Minister Forever?

In this article, we will be having a look at the “Roadkill” ending explained. We will also find out what to expect from Season 2. 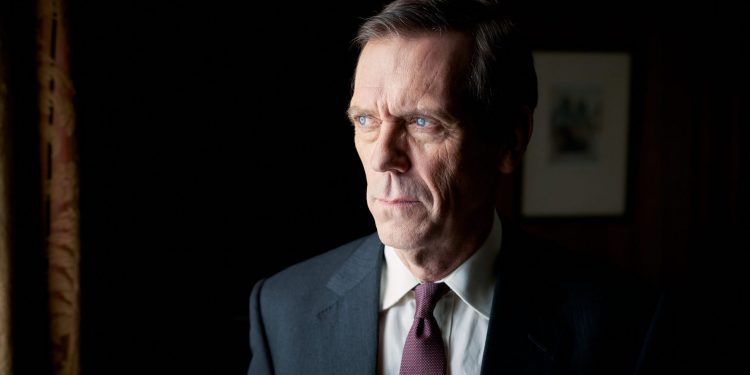 The four-episode series “Roadkill” quill definitely makes your brains work to the fullest. Like any political drama, this series too shows the twisting ways the politicians use their resources to reach the top. However, this mini-series by David Hare is not just twisting, but enthralling. In the end, you might have felt annoyed at the ending. It is clear that Peter is not a good man, yet he gets to become the Prime Minister at the very end. What happened to all the plans to ruin him, and expose him? In this article, we will be having a look at the “Roadkill” ending explained.

With most political thrillers, there are clear signs of injustice, however, in the end, the wrong ones are punished. However, in “Roadkill” we do not get such an ending. Another thing to note down is that we could not be that angry with Peter too. He had managed to work quite hard to get to the top. Yet, the 10 minutes finale had managed to completely turn the whole course of the series upside down. The twists kept the viewers on the edge and left them thinking if Peter will get the due punishment.

Being such a small series, the plot was not much complex. However, in the end, we were just left with tons of questions, that were left kind of open-ended. The most important one is what exactly happened to Charmian Pepper, the journalist? If anyone was capable of destroying Peter’s campaign, that was Pepper. However, she was quite efficiently killed off in the end. However, the scene was quite ambiguous. She was seen just being hit by a truck. After that, we do not get to see her anywhere. This becomes a major hint to pick up on. If you are a major series lover, you will know that never to believe a character’s death unless you are shown their dead body.  Another major change in the plot could be, if the show comes back in the second season, would Peter be framed for her death?

We all know that Pepper was quite stuck with exposing Peter we find her dictaphone with Rochelle who now regrets being Peter’s lawyer and saving him. She does want to ruin him, but the news publication is not ready to publish Pepper’s unfinished story. This might lead to the second season’s plot. Throughout the story, Peter has managed to offend a lot of characters who were quite close to him. The first one being of course his wife. She came to know about all his extramarital affairs and even his illegitimate daughter. This resulted in her not giving up the company, Stanfield Titles.

Also Read, ‘Nowhere Special’ Ending Explained: How The Movie Leaves You With A Heavy Heart

What Could We Expect in Season 2?

Though we do not have any official news about season 2 of “Roadkill”. However, if Hare and BBC do decide to move on to the next season. We might see that Peter’s wife, would be his strongest opposition. She knows everything, and in the end, we saw her refusing to sign off Stanfield Titles. The company is used just for the name, and all the money goes for Peter’s illegal group Think-tank. If his wife starts to expose him, the world will collapse for Peter. The much-awaited Prime Ministership would be taken away from him, and he would not be able to redeem himself.

Not only that, we have seen mostly that his chauffeur had helped to expose him to his wife too. There is a high chance that the three women: his wife, Rochelle, and the chauffeur. These three characters are his closest and know mostly everything about him. If they managed to come together, it won’t take much time to put all the bits together and find the whole picture. Hence, in the second season, we might finally get to see Peter’s downfall owing to these three pivotal characters. There is also a high chance that we might see Pepper coming back, and revealing an amazing plot twist.

For now, all we get to live with is Peter is quite satisfied with his position of Prime Minister, but as they say no rest for the wicked. He has to keep planning something to be aware of his wife. With her refusing not to sign the papers, he knows that his wife is up to something that might result in his downfall.

You can watch “Roadkill”, here.

A Suitable Boy Ending Explained: A Look into India after Independence