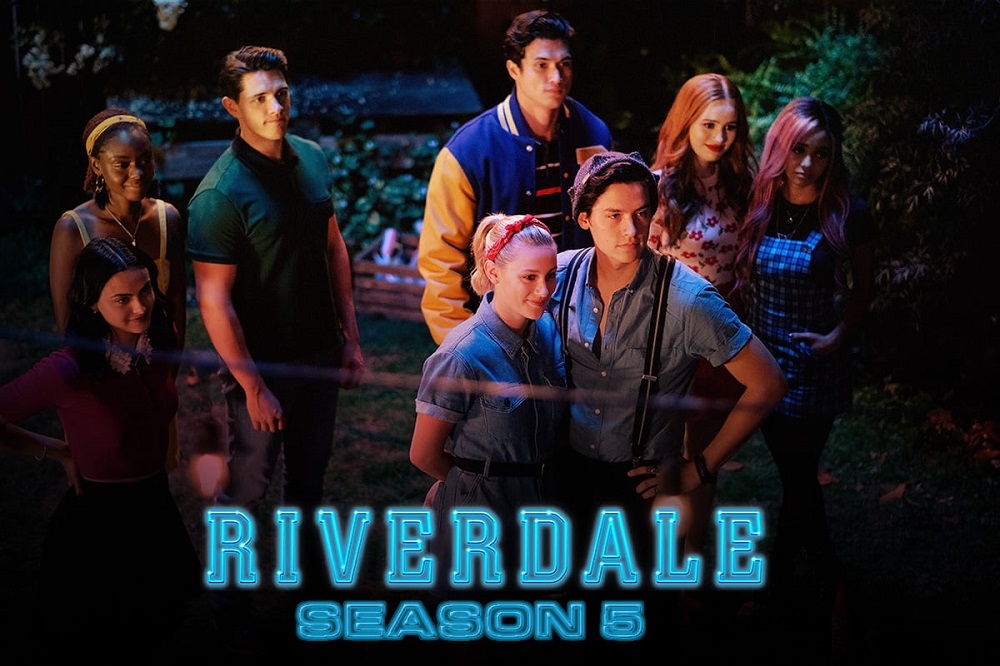 "Riverdale" Season 5 Episode 8 is coming out this week and here's all you need to know.

“Riverdale”, the American teen drama TV series s back with its fifth season and is soon going to release its 8th episode. Developed by Roberto Aguirre0-Sacasa, the series made its debut on 26th January 2017 on The CW. It received some really great responses from the critics as well as the viewers. In no time, the series had created a huge and loyal fanbase for itself. In fact, the show has an average rating of 86% on Rotten Tomatoes and 6.9/10 on IMDb. Consequently, The CW renewed the series for another season, and now, here we are as the series is back with its fifth season. So, let us dive further into the article to find out everything there is that we need to know about the upcoming episode.

Im gonna cry on January 20th coz riverdale is finally releasing its Season 5!!!

big day today!!!! keep seeing tweets about what a great day it is for america, i love seeing everyone so excited for the riverdale season 5 premiere ❤️

“Riverdale” is an American mystery and teen drama series developed by Roberto Aguirre-Sacasa. The show is based on the characters of Archie Comics. Cole Sprouse narrates the show as it revolves around Archie Andrews’ life in the small town of Riverdale. Gradually, the story progresses as the darkness hidden behind the seemingly perfect image of the town is revealed. Archie Comics, Berlanti Productions, CBS Studios, and Warner Bros. Television are the production companies behind the show with Warner Bros. Television Distribution being the sole distributors behind it. Anyhow, now let us have a look at the cast for Season 5 of the series.

KJ Apa as Archie Andrews: KJ Apa is a New Zealand singer, actor, and musician. Some of his best works include “Shortland Street”, “I Still Believe”, and “The Hate U Give”.

Lili Reinhart as Betty Cooper: Lili Reinhart is an American author and actress. Some of her best works include “Hustlers”, “The Good Neighbor”, and “Surviving Jack”. 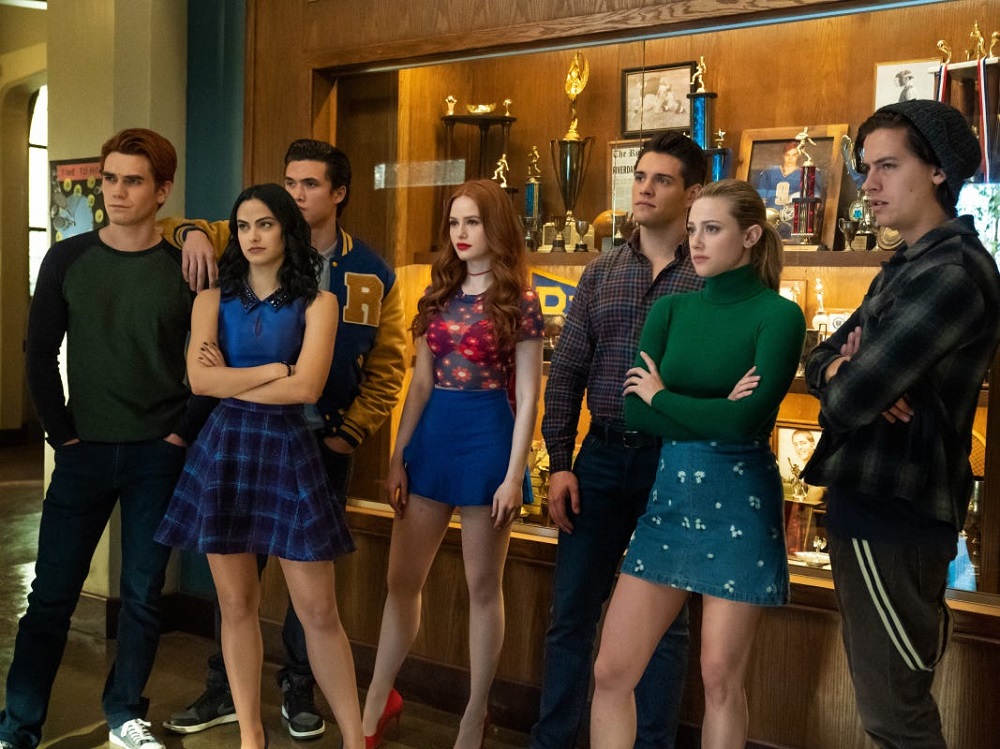 A still of the entire main cast for Season 5 of “Riverdale”.

Camila Mendes as Veronica Lodge: Camila Mendes is also an American actress and singer. She has been a part of many famous movies and series like “The Perfect Date”, “Dangerous Lies”, and “Dear Class of 2020”.

Cole Sprouse as Jughead Jones: Cole Sprouse is an American actor. Some of his best works include “The Suite Life of Zack & Cody”, “Five Feet Apart”, and “Friends”.

Marisol Nichols as Hermione Lodge: Marisol Nichols is an American actress who is best known for doing shows and films like “24”, “Scream 2”, and “The Gates”.

Erinn Westbrook as Tabitha Tate: Erinn Westbrook is an American singer, model, dancer, and actress. Some of her best works include “Awkward”, “Insatiable”, and “Mr. Box Office”. 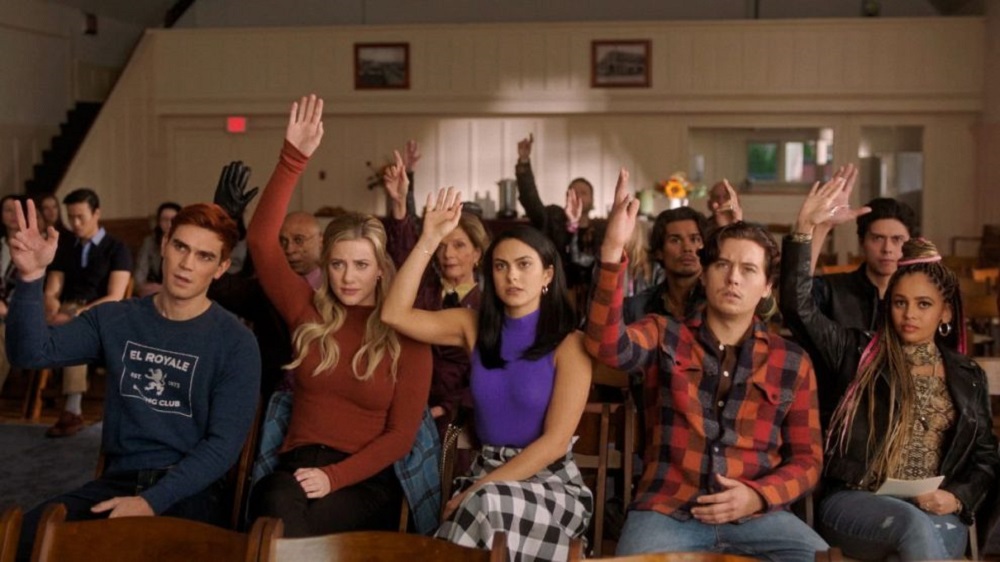 A still from Episode 7 of “Riverdale” Season 5.

What to expect from the upcoming episode of “Riverdale”?

The title for the eighth episode of ‘Riverdale’ Season 5 is ‘Chapter Eighty-Four: Lock & Key.’ In this episode, everyone will be forced to take a look at their life due to a big announcement. Besides, many relationships may shake up i.e. start weakening. Fangs and Kevin will make a major decision about their future together. On the other hand, Cheryl will discover something really astonishing about Toni. Consequently, she will lay down a risky plan in motion. Apart from all this, Jughead will continue trying to make sense of the weird things he has recently learned about. Moreover, we might finally find out whether the Riverdale mystery entails real aliens or not. Anyhow, Riverdale released a trailer for the upcoming episode on their official YouTube channel 3 days ago. It has already crossed 160k views and you can click to watch it below.

When is Riverdale Season 5 Episode 8 going to release?

Riverdale Season 5 Episode 8 is going to release on 17 March 2021 i.e. Wednesday at 8 PM ET. You can tune in to The CW channel to watch the episode at the time given above. However, if you miss the episode due to some reason, you can also stream it later on the official website of The CW. For people watching the show on Netflix, the new episode will be available on the streaming platform 24 hours after its premiere. But, USA users of Netflix will have to wait for the entire series to get over to watch it on the streaming platform. So, brace yourselves as your favorite teen drama returns this week with another exciting episode. Until then, let us know in the comments section what do you think will happen in the upcoming episode.