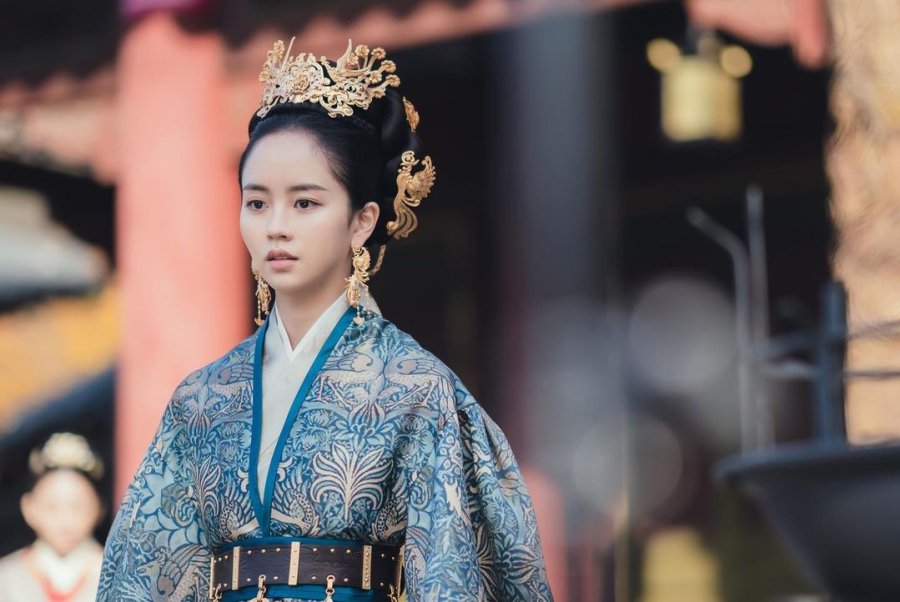 River Where the Moon Rises

River Where The Moon Rises Episode 16 is about to release next. The historical drama starring Kim So Hyun, Na In Woo, Lee Ji Hoon, and Choi Yoo Hwa is quite a talk of the town. Till now the drama has been performing really well. The series is nearing its end now and to date, 15 episodes of the drama have been released. It is a story of a princess who was and raised as a soldier, Pyeong Gang. Pyeong Gang is a woman of high ambitions and aims to become the first empress of Goguryeo. The ongoing South Korean drama has been quite well until now. Recently the rights of the drama were sold off to 190 countries. 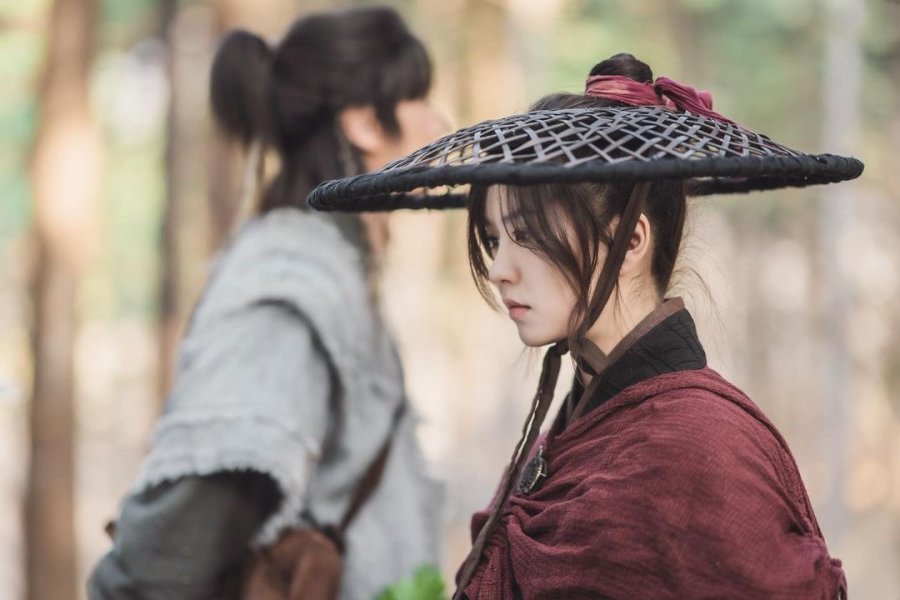 River Where The Moon Rises initially included Kim So Hyun and Kim Ji Soo as main leads. But due to the scandal and bullying accusations of the actor, he left the show after the 6th episode. The makers faced a huge loss due to the replacement of the lead actor. Yet they continued to air the show involving Kim Ji Soo since the chemistry between Kim So Hyun and Kim Ji Soo is no doubt wonderful. The show is also airing through the ott platform VIU. The drama is based on a novel named Princess Pyeonggang by Choi Sagyu. It took him more than 25 years to complete the brilliant piece of work.

Also Read: Ji-Soo Takes Care of Kim So-Hyun in The New Teaser of ‘ River Where The Moon Rises’

River Where The Moon Rises Episode 16

River Where The Moon Rises Episode 16 aired on 6th April 2021. The 16th episode starts from where it left in the previous episode. In the previous episode, we saw the story based on On Dal in chronicles of the three states. After Princess Pyeong Gang confronts Go Wo Pyo, On Dal comes to her room. He states he doesn’t mind being used by her but not to hurt her anymore. A confused Pyeong Gang doesn’t seem to know whom to trust and whom not to. Meanwhile, the queen sets off to pray in front of lord buddha on Pyeong Gang’s order leaving a weeping prince behind. Meanwhile, Pyeong Gang smells something fishy and tells On dAl something is going wrong. She suspects more than one plotting going against the kingdom at a point. Later, the two also spend time quality time together goofing around in the market. 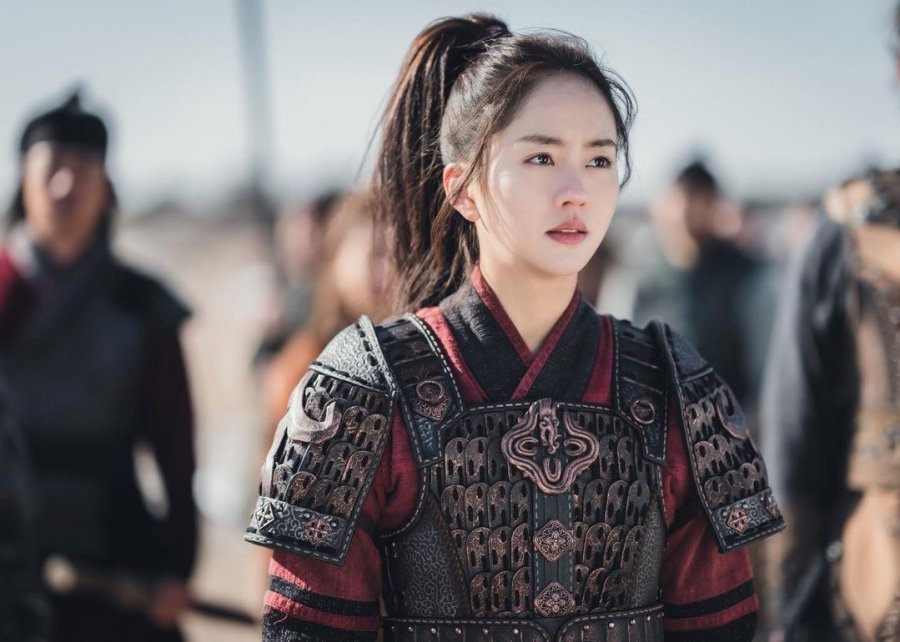 A Still from the K-Drama River Where the Moon Rises

Also, the governor Yang of the Gwangju fortress raised a revolt with his soldiers. On Dal volunteers himself to go the war. On Dal fights splendidly in the war. In the next episode, we get to see Pyeong Gang volunteering herself as the head of bodyguards. She pledges to become like Go Won Pyo to take him down. On Dal seems dis-satisfied with the decision and tells Pyeong Gang he did everything just to become her fighting sword. Some huge emotional and political twists are revealed in the episode. With some more plotting and Pyeong Gang becoming rough and even tougher. The plotting against the king continues what happens next will be revealed in the next episode.

Also read: What To Expect From River Where the Moon Rises Episode 11?

Where to Watch River Where The Moon Rises- 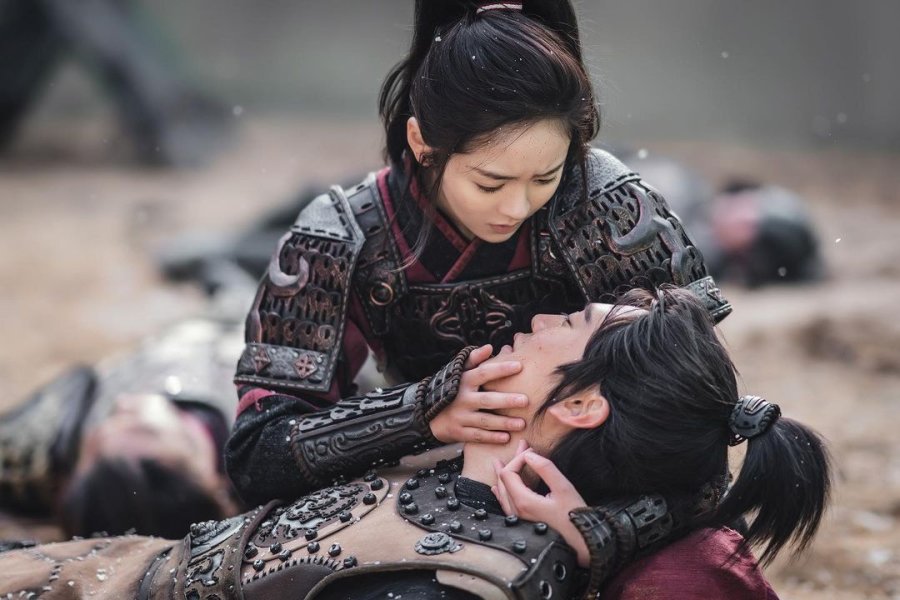 River Where The Moon Rises is currently an ongoing South Korean drama. It airs every Monday and Tuesday at 21:30 KST on the original network KBS2. The drama is now also streaming on the streaming sites like Viki and Viu. The average duration of each episode is approx 1hr 5min. The drama is now nearing the end and will go off the air on 20th April 2021. Even after facing a lot of difficulties like the controversies and the pandemic the drama still managed to outshine. It has a brilliant historic plotline which shouldn’t be missed absolutely. The drama is also set to broadcast in several other countries as well. So tune in to any of your favorite networks to watch the drama anytime.

The genres of the drama include action, historical, romance, political, and drama. The drama is also popularly known as the moon rising river, Cut to the heart, and moonlit river. The drama has immensely good graphics and presentation and is a must-watch. The 17th episode of the show will air on 12th April 2021. How excited are you for the next episodes and what are your expectations from them do let us know.