Rishabh Pant is an emerging player for the Indian team who rose to fame for his outstanding performances at the U19 World Cricket Championship. 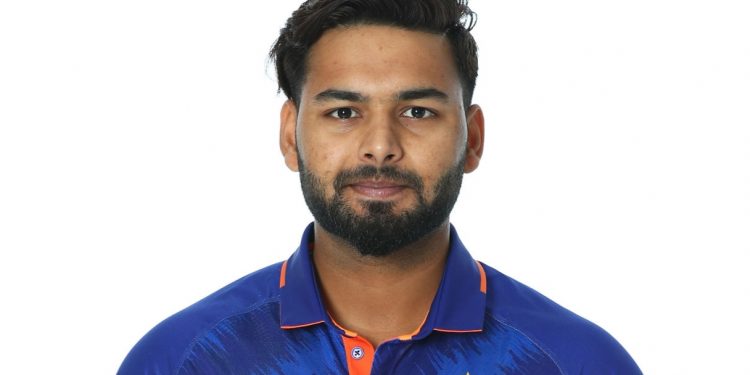 Lately, the popularity of Rishabh Pant has been rising all over the internet, resulting in fans being eager to know about Rishabh Pant Girlfriend. Rishabh Pant is an emerging player for the Indian team who rose to fame for his outstanding performances at the U19 World Cricket Championship. He made his debut in cricket at the age of 12. He made his first-class debut at the 2015-16 Ranji Trophy and he made his debut for List A cricket at the Vijay Hazare Trophy that same year. At the U19 World Cup, he hit a great eighteenth ball fifty, which is considered the fastest at the U19 level. He won the ICC Award for Emerging Player of the Year in 2019 and was also named Men’s Player of the Month in 2021.

Rishabh Pant, also known as Rishabh Rajendra Pant, was born on October 4, 1997, in Rurki, Uttrakhand. He completed his education at the Indian Public School, Dehradun, before transferring to Sri Venkateswara College at Delhi University. In particular, at the age of 12, Pant moved from Uttarakhand to Delhi for advanced training. Pant began practising cricket at the age of twelve under his coach Tarak Sinha. His coach taught him to change all his hand-eye coordination. He only played in his match for Delhi against Assam in U19s. Even though he scored a good score, his coach scolded him for getting out of greed for a hat-trick. In this article, you will learn all about Rishabh Pant, his career, and all the details about Rishabh Pant’s girlfriend, and how his love story developed. So let’s get started.

Who is Rishabh Pant Girlfriend? While Pant was in the news about his heroism on the pitch, the cricketer was also making headlines about his personal life. It’s no secret that Pant has been dating his college girlfriend, IshaNegi, for over five years. The Indian wicketkeeper-batsman announced his connection on Instagram after completing the 2019 test series in Australia. Since then, the curiosity about Rishabh Pant’s girlfriend has grown, and fans have been asking themselves: “Who is Rishabh Pant girlfriend” and how did they get to know each other. Rishabh Pant’s partner, IshaNegi, is reportedly an entrepreneur and interior designer. It was also revealed that Isha was a graduate of the Jesus and Mary Convent in New Delhi.

Pant and Negi have been together for more than five years since the time when the Dehradun-born star studied a bachelor’s degree in English from the renowned Amity University in Delhi. Rishabh Pant’s girlfriend recently started a new business by opening her own fashion store called Isha’s Closet. The company’s website claims they keep the collection of clothes, designs, and looks for their clients, from public looks to casual wear. Isha’s Closet also provides fashion tips such as choosing and coordinating outfits and choosing shoe accessories. Pant posted the story on Instagram to congratulate Isha on her new start and to promote her brand to his 5.1 million followers, a strong following on Instagram. He also helped her to be successful.

Rishabh Pant began playing cricket for Delhi in India Domestic Cricket. He made his first-class debut in 2015. On October 22 2015, he made his first-class debut match at the 2015-16 Ranji Trophy. In the same year, he made his debut on List A on December 23 2015, at the 2015-16 Vijay Hazare Trophy. Rishabh also celebrated a triple century in the 2016-17 Ranji Trophy match against Maharashtra. He scored 308 runs in that game. Rishabh was also selected for the 2016 U19 Cricket World Cup. He scored a half-century in just 18 balls. In a match against Jharkhand in the month of November of 2016 at the Ranji Trophy, he went on to score a 48 ball century.

He was appointed as Delhi team captain for the 2016-17 Vijay Hazare Cup. In 2017 Rishabh also made his India debut. The Wicket Keeper batsman played his first international T20 against England on February 1 2017. After a year, Rishabh made his testing debut in 2018. He played his first test match for India against England on August 18 2018. He made his ODI debut against West Indies later that year. Rishabh played his first ODI on October 21 2018. He was also called up to replace the injured Shikhar Dhawan for the 2019 Cricket World Championships. Pant made his IPL debut for the Delhi Daredevils in 2016.

Rishabh Pant net worth is $7 million as of 2021. This is roughly equivalent to Rs 52.5 crores in Indian rupees. The majority of its revenue comes from trademark approvals and IPL salaries. Rishabh Pant made his IPL debut in 2016. Rishabh earned Rs 42.8 crores and has since established his brand. While playing IPL games, Rishabh Pant earns millions of rupees from advertising.

Rishabh Pant also got a chance in the Indian team after following the IPL and not wasting the opportunity, which gave Rishabh Pant the right opportunity to play in the 2019 World Cup. Rishabh Pant’s IPL salary in 2021 is Rs 15 crore. In terms of monthly income, Rishabh earns more than Rs 1 crore rupees per month which is double during IPL season. Pant’s net worth is growing by 40% annually. Rishabh Pant landed a role on the Indian cricket team as the middle-class Batman.

Also Read: Virat Kohli Net Worth 2021: How Rich Is The Indian Cricket Star?