When Does Rick and Morty Season 5 Come to Netflix? 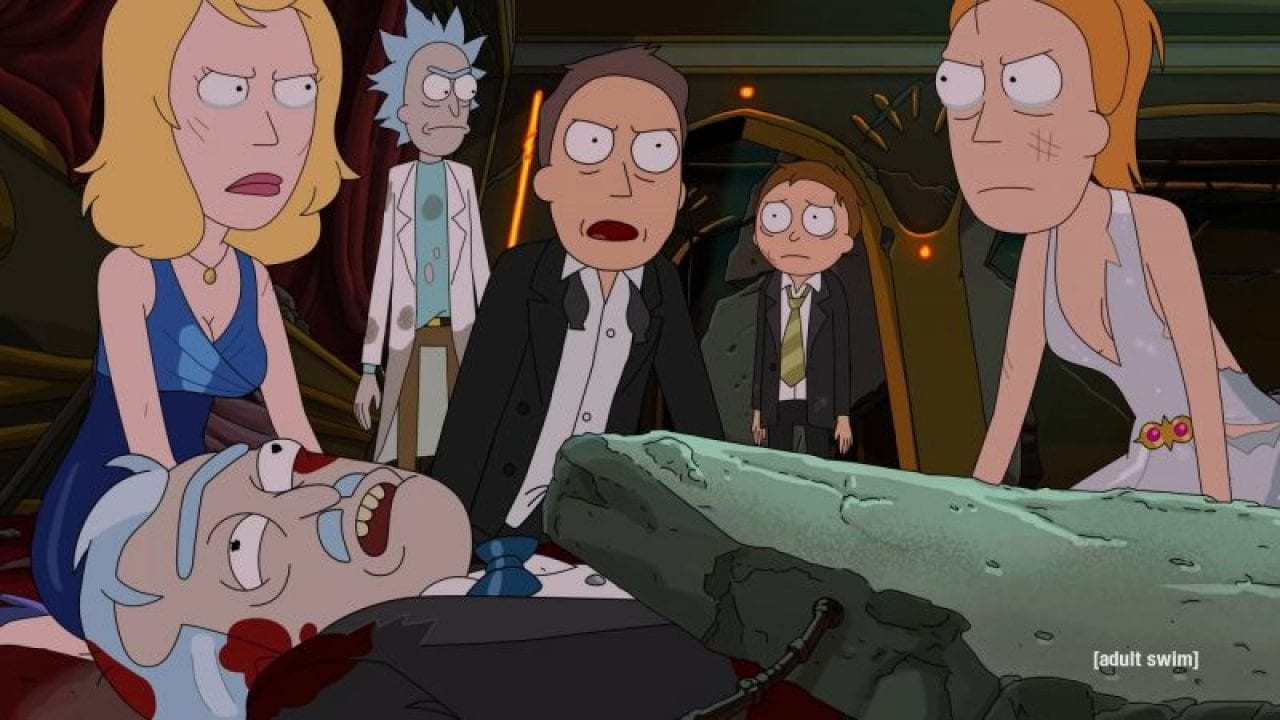 When you hear about Rick and Morty, what does come to your mind? I bet it is “action”, “geez, Rick” and Beth screaming from the other end of the house. The entire show is so amazing to watch, with new concepts explored in every episode. There is rarely a plotline that gets repeated in the installments because every time, the past has been forgotten, and the grandfather and the grandkid have their own journey. But recently, since the beginning of the fourth installment, we have seen more involvements from the whole family with Rick rather than just Morty. This has helped the creators to expand the viewpoint of the adventures and give even more thought to the whole character arc. I mean, if you haven’t watched a single episode of Rick and Morty yet, I honestly have no idea what have you all been doing till now. This show is literally the best R-rated cartoon that is available in the industry right now and gives us the weekly doses of entertainment at the time of its air.

The genre, as you might have already expected from the fact that Rick is a mad scientist, excels in science and fiction. He has legit no purpose in life than to live in his daughter’s garage and take Morty on various adventures. It gets pretty amazing when the other members are involved too. All this while, you guys should keep in mind that this show does not only serve you a platter full of science but instead also gives you access to the unlimited content of comedy that never fails to surprised us honestly. Generally, it happens that if a show runs for a long time, certain dialogues start getting repeated, or the plot comes back in handy. This has never been the case with Rick and Morty though. We have been seeing the series for more than five years now (because of the breaks it has been taking in the middle), but there is an endless storyline that gets generated, and we can never, ever get tired of it.

The first and foremost thing is the Rick and Morty season 5 release date, which is on the 20th of June 2021. For the first time, the series came out back in 2013 and has never left the hearts of the fans ever since. After much hiatus, breaking, cancellation, producer block, and whatnot, Rick and Morty are finally done with its four seasons as all the fans have their curious and desperate eyes on what is in store for us with the fifth season. This installment was confirmed a long time ago by the creators and thus, there is no denying that it was being made within the studios. Also, the most tranquil thing that has been impressing the fans is that now it seems like everything among the creators is at peace, and we can get new seasons every year without any delays. Also, it seems like the fifth season has been cooked well over time and is ready. The only thing left to do is serve it to the fans, and here are all the details which we know about it.

I literally could not stop screaming because well, we will finally proceed with the whole drama along with finding out which is the real Beth. A trailer has also been released by Adult Swim, in fact, two trailers have been released that perfectly tell us how interesting the next season is going to look like. The whole family will be involved in the new adventures, and as I said, it will add extra doses of fun to our daily common boring television screens. Now, if you are someone who watched the show on Netflix, then here are the updates for you. Netflix release date has not been confirmed by the creators. This is why we can not even say anything regarding the release time because it is quite hard to predict without an actual date and could be wrong. Also, you should keep in mind that Netflix will not have access to Rick and Morty season 5, at least in the United States. It still is available in some other regions of the world. In the United States, HBO Max will proceed to enlist the latest episodes of the show.

Why Has The Mandalorian Season 3 Delayed To 2022?